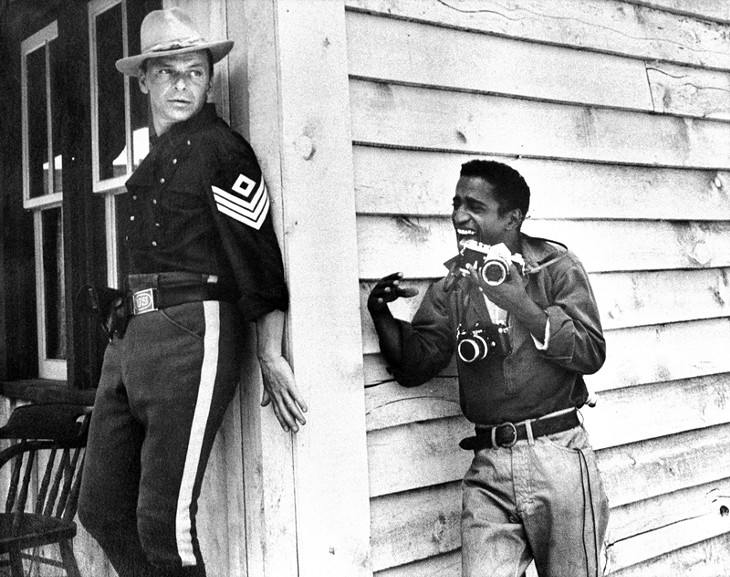 Many symbols are deeply associated with the American West: cowboy hats, boots, horses and the Colt Peacemaker. How much is real, and how much has the media created? The National Cowboy & Western Heritage Museum features three major exhibits that examine the American Cowboy — both real and perceived. The Artistry of the Western Paperback, Hollywood and the American West and A Yard of Turkey Red: The Western Bandanna run Feb. 3-May 14 at the museum, 1700 NE 63rd St. 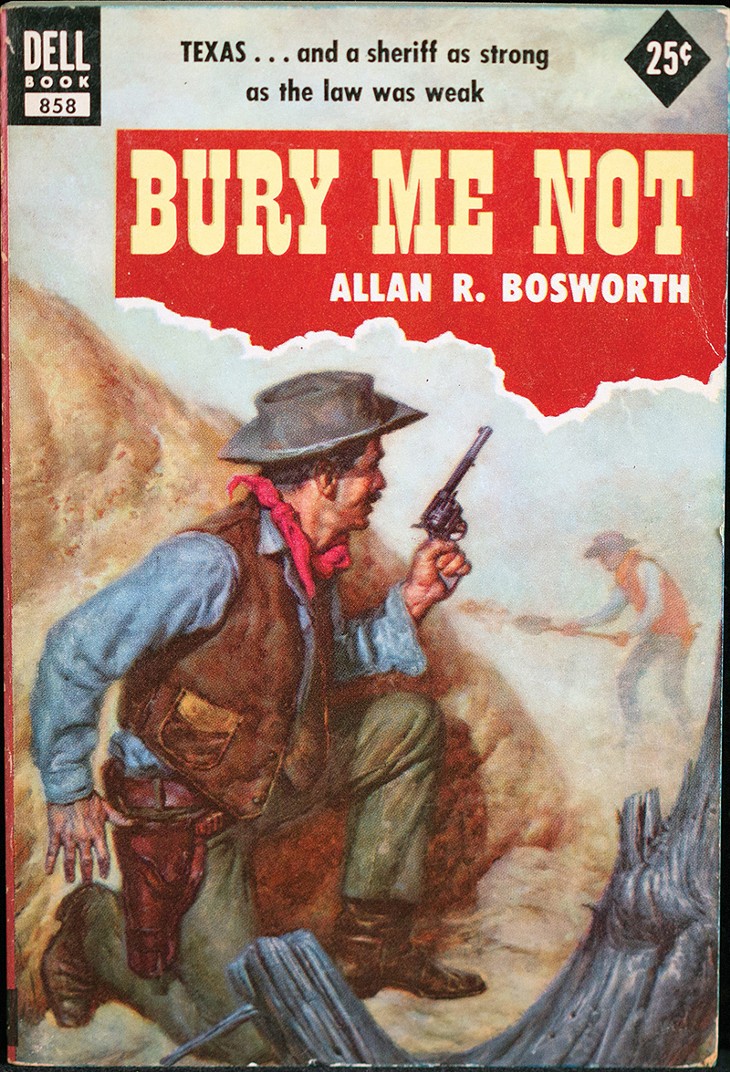 The Artistry of the Western Paperback deals with the preconceived notions of the West created by media in the eastern United States. These include the cover art for paperback Western novels, pulp magazines and “penny dreadful” and “dime-store” writing.

One of the more intriguing characteristics of these artists is their lack of real connection to the American cowboy or the Western images they were paid to represent. One of the very few who gained a real connection to the West was artist Tom Ryan, who moved to Guthrie, Texas, to paint workers at the 6666 Ranch in the 1960s after years of painting the cowboys of his imagination.

“Most of these illustrators worked out of Westport, Connecticut, or New York City,” Reeves said. “Tom Ryan worked out of Chicago. These people worked hand-in-hand, very closely with the major printing houses. That’s part of the story. These were folks that were creating this imagery that were not close at all to the subject at hand.”

Hollywood and the American West is related to the creation of the iconic American cowboy image through the photographs of John R. Hamilton. While Hamilton focused many of his pictures on the sets of Hollywood Western movies, his focus was more on what happened behind the scenes or when the movie cameras or the directors said cut.

Getting its start on the set of John Ford’s The Searchers, Hamilton’s career spanned decades. Many of his most recognizable photos take place on Western movie sets that range in time from The Searchers in 1956 to Silverado in 1985. Yet many of his other photographs include The Jackson 5, James Taylor with a guitar, Isaac Hayes in his home or Steve McQueen on his motorcycle giving an obscene gesture. For this exhibit — a collaboration between John Wayne Enterprises and the Hamilton estate — the photos include Paul Newman taking a break on the set of the 1958 movie The Left Handed Gun. In the photo, Newman lies on his back with his feet on the wall, smoking a cigar and reading a copy of The New Yorker.

While the exhibits mentioned above focus on the Western mythos, the third major exhibit focuses on the reality of the cowboy: the bandanna. With varying uses including the wiping of sweat and dust, it is still an item that people strongly associate with the cowboy, along with the hat and boots.

Reeves had a personal hand in curating A Yard of Turkey Red: The Western Bandanna. Much of the exhibit includes cotton and silk bandannas from the collection of John H. Thillmann Davis as well as photographs.

“I just think it’s a story that hasn’t been heard,” Reeves said. “Everybody says, ‘Oh yeah, I know what a bandana is.’ But they really don’t.”

The exhibit tells the cowboy’s story through the framed textiles. Many of the bandannas were made with red dye and indigo that would withstand the lye-based soaps of the time. Patterns with names such as Martha Washington and The American were in high production through the early 20th century. One of the companies, S.H. Greene & Sons out of West Warwick, Rhode Island, was a major manufacturer. Reeves said production numbered 1.5 million yards per week in 1908.

A major factor in the creation of this exhibit is that through heavy use, many bandannas didn’t survive to the present day.

“These generally don’t survive because they’ve been used up,” said Reeves. “We’ve got these bandanas and neck scarves that go back to the 1820s. I’ve been around this for almost 40 years now. These are many, many textiles that I’ve never seen. I don’t know of any other Western exhibit on bandanas.”

A fourth activity available at the same time as the exhibits is the Power & Prestige Children’s Gallery, which includes make-and-take crafts, stories and map study.

“I really enjoy how [the four exhibits] show so many different elements of the American West,” said Reeves. “There are things from the 19th century working cowboys to Paul Newman to the made-up heroes of the covers of the paperbacks. ... It’s what we think the West is. It’s a mix of the West you want it to be.”