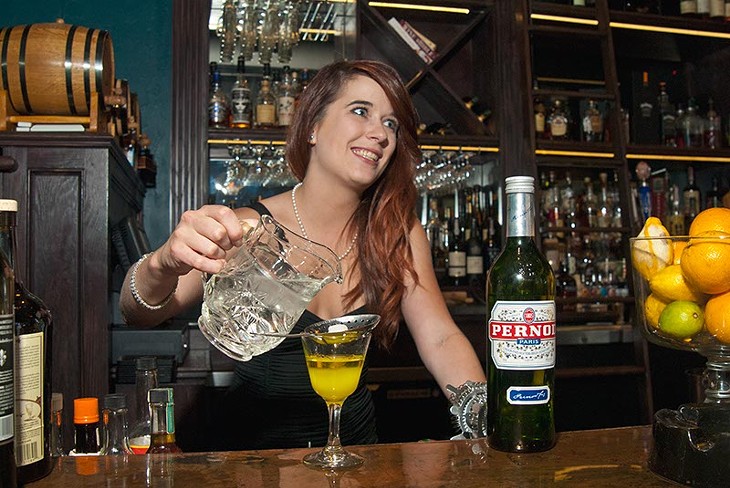 When Australian filmmaker Baz Luhrmann mashed up The Sound of Music and absinthe in his psychedelically lurid Moulin Rouge, he was taking advantage of a common misconception about absinthe, one that is still pretty common today. The green fairy sequence was playing off the drink’s reputation as an alcoholic hallucinogen. Stories abound of artists and writers who fell under the sway of the green fairy, including Vincent Van Gogh, Oscar Wilde and Ernest Hemingway.

Unfortunately for those who love mythmaking, the green fairy is not real. Absinthe has no hallucinogenic properties, and given that the metro now has access to nearly a dozen premium absinthe selections, that is good news for bars, bartenders and law enforcement.

The absinthe selection in Oklahoma increased this year with the inclusion of several new brands, and one of those brands comes from the man who almost singlehandedly got absinthe legalized internationally. TA Breaux is from New Orleans, and it was his work as a microbiologist that convinced U.S. lawmakers that absinthe was not hallucinogenic.

Absinthe, which is distilled from a wide variety of botanicals, especially anise and Artemisia absinthium, also known as wormwood, contains a chemical called thujone. Breaux conducted studies on thujone, as it was the chemical compound that allegedly caused hallucinogenic effects. Breaux was able to demonstrate through scientific experimentation that thujone is not a hallucinogen, and even if it were, there is not enough in absinthe to cause hallucinogenic effects.

Beginning in 2000, Breaux moved to France and began to use distilleries that had made absinthe before the international ban in 1915.

“In the summer of 2000, I realized that whatever allegations there were that absinthe would make you crazy or cause health issues, I couldn’t find it. It wasn’t there. At that point I realized, holy smokes, I can go to Europe, where absinthe is legal, and produce it exactly as it was 100 years ago,” Breaux told the New Orleans Times-Picayune. 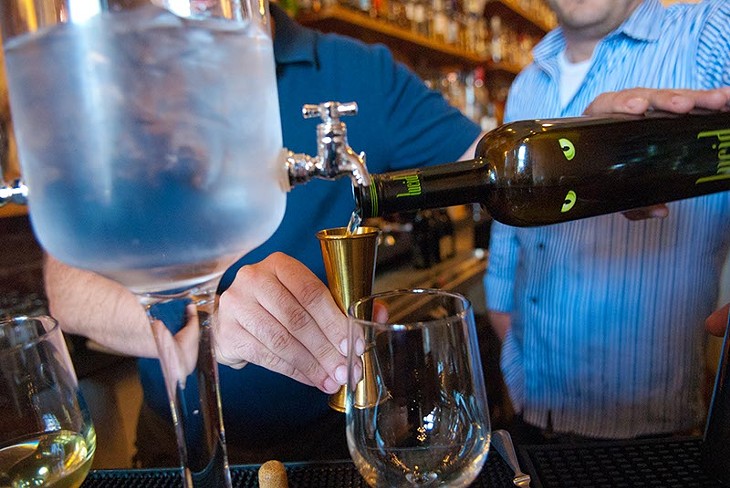 Although it is made with anise, all absinthe does not taste like licorice. While good tasters might detect notes of anise in all the absinthes, in several of the products now available, the licorice is a very subtle, almost indistinguishable subtext. Absinthe distillers can choose from a wide variety of spices, flowers and other botanicals, so each product is genuinely unique; there is no official mixture that all distillers follow.

Because of the high alcohol content of absinthe, usually 62-69 percent, the drink is mixed with water and, depending upon personal taste, sugar. The process is pretty simple. Add very cold water to absinthe a dash at a time. The absinthe will cloud up, and its oils will come to the surface. It is a matter of personal taste how much water to add, but experimenting with water and sugar is half the fun. If you prefer sugar, the water should be poured over a sugar cube placed on a strainer above the glass.

A good bartender — including the crew at WSKY Lounge, 228 NE Second St. — can demonstrate the process, and WSKY has one of the newer absinthes in the state, Vieux Pontarlier. The Pontarlier is also a good introduction to absinthe, as it’s right in the middle alcohol-wise and is approachable in terms of minimal licorice notes. Ludivine, 805 N. Hudson Ave., has Pernod of Paris and Lucid Absinthe Supérieure, so guests can sample different styles side by side.

For retail buyers, Kübler Absinthe Supérieure and Pernod, both of which have been in Oklahoma for a few years, are widely available. Broadway Wine Merchants, 824 N. Broadway Ave., has several options, including the Kübler.