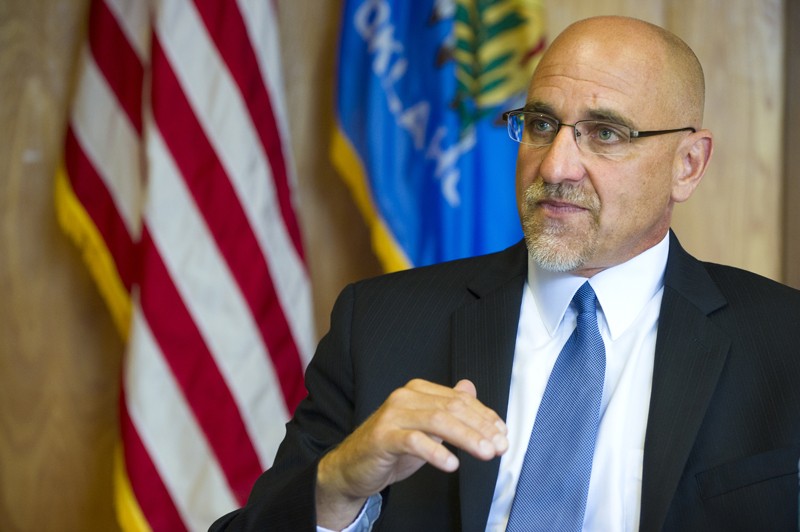 Neu, who has been at the head of the OKC Public School District for 15 days, attended his second school board meeting Monday evening and said he had spent the past two weeks meeting with various school officials and community leaders.

Monday’s meeting also included a report from Rod McKinley, chief human resources officer for the district, who told the school board the district faces hiring challenges due to a combination of factors, including low pay, a lack of relocation packages and a system where principals do the bulk of teacher hiring.

“That hurts us when we are trying to go out and compete [for teachers],” McKinley said about Oklahoma’s ranking the bottom five in the nation when it comes to teacher pay.

Neu said he was transforming the human resources department into a year-round recruiter of teachers, taking the burden off principals.

“We have to take off our principals a responsible central office can provide,” Neu said. “Right now it is our principals’ responsibility to go out and hire teachers … we need to increase human resource activity. Human resources are going into a 365 day calendar of recruiting, sorting and vetting the candidates.”

With classes scheduled to begin Aug. 4, the district has five schools with staffing levels under 75 percent, McKinley said.