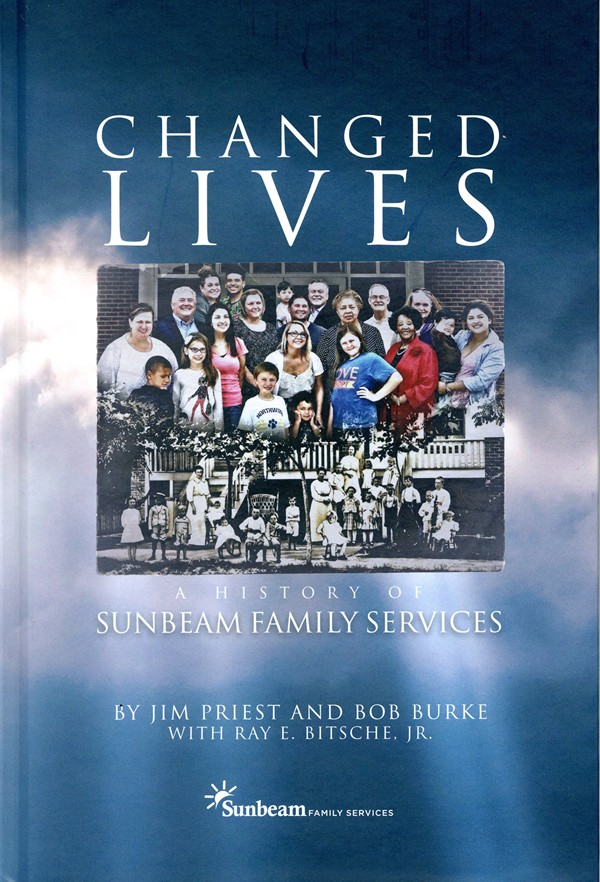 It details the history of the 109-year-old organization and the stories of community members Sunbeam has helped. Sunbeam has served Oklahoma’s poor and working poor since statehood. First opened as a home for neglected and abandoned children, the organization has grown to include foster care, counseling, elderly assistance and early childhood services.

Despite more than 100 years of service and countless impacted lives, Sunbeam’s storied success happened largely in the background of Oklahoma’s history. Changed Lives changes that.

Burke is a 2006 inductee into the Oklahoma Hall of Fame and is credited as authoring more historical nonfiction books than anyone in history. Changed Lives is his 126th work. Priest worked as a civil rights lawyer for more than 30 years. The two have been friends for decades.

“Jim and I were at breakfast one morning, talking about what could be done to make Sunbeam better known and to pay proper tribute to its incredible volunteers and donors,” Burke said, “and I said, ‘It sounds like a book to me.’”

Beginning with Sunbeam’s 1907 inception, the book chronicles the nonprofit’s growth from when Elizabeth “Lizzie” Swisher opened its doors to care for the state’s orphans. She, along with the group of women who assisted her, raised funds by taking baskets door to door and asking families for donations. The Sunbeam Home Association was introduced in 1910.

In a time when Oklahoma’s population was exploding yet the majority of its people remained poor, Sunbeam stepped in to help.

Despite its lengthy history of success, it hasn’t always been easy. During the Depression, many local businessmen who had donated to support the nonprofit could no longer afford to do so.

“There were plenty of times where the outlook was grim,” said Erin Engelke, Sunbeam Family Services chief external relations officer. “But then someone would step in and help Sunbeam keep the doors open.”

During wartime, Sunbeam expanded to include daycare services for mothers who worked in factories. Eventually, it grew to include the counseling and senior services it offers today, including the state’s only homeless shelter created specifically for senior citizens.

“We have even had [seniors] from out of state come to stay in the shelter,” Engelke said. “They are a bit more vulnerable than most, and a traditional shelter is just not an ideal space for them.”

Sunbeam’s willingness and ability to adapt, as well as the dedication of its volunteers, are reasons Sunbeam is successful, Engelke said. Today, the center focuses on four main areas of service: early childhood, foster care, counseling and senior care.

With more than 160 employees and 700 volunteers, Sunbeam reaches and assists over 6,500 people annually.

Along with the organization’s history, the book shares stories about the lives of those who have been helped by its services. With photographs, volunteer and family stories and essays by notable Oklahomans, the book gives an in-depth look the life-changing organization.

“It’s really cool how, in spite of all the trials, [Sunbeam] really has maintained itself,” Engelke said. “We still seek to be family for people who don’t otherwise have that or who just need ... support.”

The book, released in September, is available from local retailers like Full Circle Bookstore and online via the organization’s website at sunbeamfamilyservices.org. All proceeds from its sale benefit Sunbeam Family Services.

Learn more about the nonprofit, its services, volunteering and the book at sunbeamfamilyservices.org.