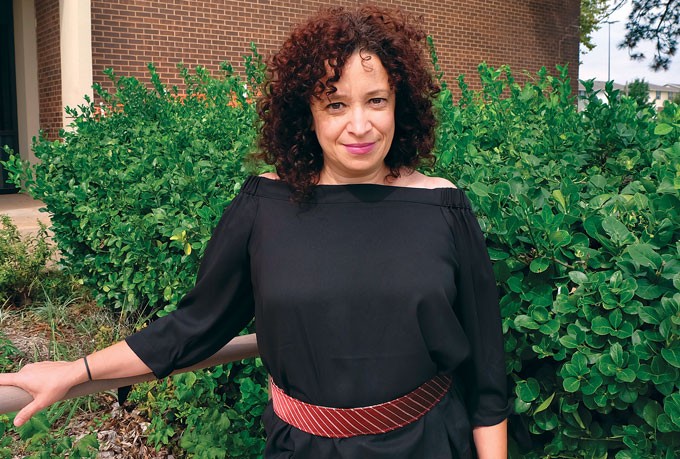 A letter from Oklahoma Department of Human Services (DHS) came as a huge surprise to Renee Mack-Mitchell, an Oklahoma City mother who receives child support payments through the agency’s Child Support Services division.

Beginning in October, the state agency would assess a 3 percent fee on child support payments, a measure taken by DHS leaders to balance their budget during the state’s financial crisis, Mack-Mitchell read on Sept. 15.

“No prior notice. No public hearings,” Mack-Mitchell said. “It came out of nowhere.”

The mother of four wasn’t alone in her frustration. She began hearing from other parents who rely on child support to ensure that their children have food on the table and clothes on their back. Like Mack-Mitchell, they were raising questions. Why is the fee being collected from the custodial parent and not the noncustodial parent? How was the fee enacted? Why were parents learning about the new fee just weeks before collections begin?

Another question, posed by Mack-Mitchell was, Will families be affected by more cuts in the future?

“The state has taken away services and programs that help families. Now, they are dipping into our child support,” said Mack-Mitchell.

She is confident her family will continue to get by; however, she believes others, who already have a hard time making ends meet, will struggle.

“I feel it’s very unfair,” Mack-Mitchell said, “especially to single mothers working so hard to try and provide for their children.”

After another tumultuous budget year with a revenue gap of about $30 million, DHS Director Ed Lake announced a series of service reductions to the agency that serves children, adults and seniors. Despite an $18 million increase in state funding over the previous year’s appropriations, DHS was dealt with mid-year revenue failures, coupled with unfunded obligations and increases in the state’s share of the Medicaid program, resulting in the budget hole.

Measures taken by DHS ranged from a six-month freeze placed on new applications for child care subsidies and a 5 percent rate cut to foster parents to reductions in senior nutrition programs and services provided to people with developmental disabilities.

Jeff Wagner, a programs administrator in DHS’ Office of Communications, explained the new child support fee is another necessary measure for DHS to balance its budget. The fee is expected to generate about $1 million for the 2018 budget year.

“After several years of cuts, this fee is one of few options remaining to us to be able to maintain a confident level of services,” said Wagner while emphasizing state leaders have “historically resisted” passing fees onto customers.

Neighboring states, like Texas, Kansas, Arkansas and New Mexico, charge a fee on collections, he said.

DHS officials estimated the fee, which will be capped at $10 per month, affects 80,000 child support cases. The department currently manages a caseload of 199,000 cases. Custodial parents that receive Temporary Assistance for Needy Families or SoonerCare, the state’s Medicaid program, are excluded from the fee. DHS estimated the average case collection would be $4.31 a month.

Under both state and federal laws, DHS is authorized to charge and collect fees on child support payments through its agency rules-making process, Wagner said.

Earlier in the 2017 legislative session, Sen. AJ Griffin, R-Guthrie, and Rep. Tim Downing, R-Purcell, proposed a 3 percent child support service fee in Senate Bill 218. The legislation passed the full Senate and a House committee but was never called to a vote on the House floor.

Rep. Jason Lowe, D-Oklahoma City, is one of a handful of lawmakers raising concerns over DHS enacting the fee through its agency rules-making process.

“It’s based on mismanagement from DHS and legislators not properly funding the agency,” Lowe said. “I think any increase in fees or taxes should go through the Legislature as opposed to being done administratively.”

Lowe plans to introduce legislation to end the child support fee in the next legislative session, which begins in February.

“A child support recipient could be obligated to pay as much as $120 per year in addition to the $25 fee,” Lowe said. “I think that is way too much.”

Since 2010, DHS has deducted a $25 annual federal fee from child support payments.

Last week, Edmond mom Oraynab Jwayyed attended a community event in south Oklahoma City, where she mentioned the new fee and met two other parents affected. She worries that people will brush off the fee and not consider its impact on single parents raising children on tight budgets.

Jwayyed responded to the new fee by writing DHS leaders and contacting lawmakers. Her advice to other parents is to talk to their state representative or senator.

“Very often, people feel like no one is going to listen or they don’t know what to say,” Jwayyed said. “They will listen. Share your story to elected officials and tell them how this will affect you.”