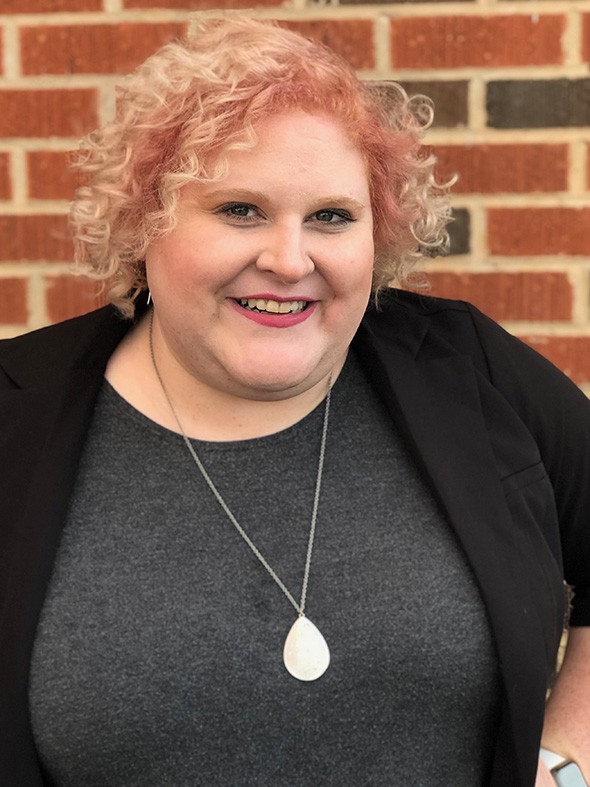 deadCenter’s recently named new executive director Alyx Picard Davis began volunteering at the film festival in 2006. Studying screenwriting at University of Central Oklahoma at the time, Picard Davis heard about the festival from her French professor.

“I just I loved it,” Picard Davis said. “I fell in love with the people; I fell in love with the films, so I came back next year as an intern. … It just kind of became the thing that I did every summer. We joke that it’s like summer camp for adults. I found myself taking off work every year and showing up at the office and doing whatever needed to be done.”

She became co-chair of the host committee, which meets visiting filmmakers at the airport and shows them around Oklahoma City.

“It was a really great way to introduce a lot of people who hadn’t been to Oklahoma City before to the fact that we’re not just tumbleweeds and cowboys,” Picard Davis said. “That is a part of a very rich history, but there’s a lot of really cool things that, at the time — we’re talking 2007 — were still not being promoted as actively as we see today. We didn’t have all of the things that we have today, but we had a really cool kind of fringe culture. There was an art presence here. … It was a really great way to get people plugged in.”

“Everything was on DVDs and videotapes,” Picard Davis said. “Filmmakers would send physical things in, and at the time, we had a screening committee of about 20 to 30 people that would watch the films, but that process was all very physical. We had to meet once a week. You got a bag of DVDs; you wrote your review on a paper, and then you would swap the DVDs out for the next week.”

The festival completely digitized its submission process in 2013, the same year Picard Davis became deadCenter’s director of festival and operations. The festival has evolved and expanded since Picard Davis first volunteered, she said, but its mission statement has only been changed by a couple of words.

Prior to 2016, deadCenter’s mission was to “promote, celebrate and encourage independent film.”

After 2016, its mission is to “promote, celebrate and encourage creativity through independent film.”

“We do that every day,” Picard Davis said. “The festival is the key piece of that, but even year-round through special events and education, we really are encouraging that creativity and inspiring students to make films and to think, in different ways, how they’re communicating. It’s been an exciting journey to be on as we’ve grown from the 50 people who attended the very first year to the 35,000 that we now have.”

Part of encouraging creativity, Picard Davis said, is considering the applications of new technology through programs such as Virtual Cinema and the annual techCenter technology conference, which features virtual reality and interactive films and demonstrations.

“It’s been an exciting journey to be on as we’ve grown from the 50 people who attended the very first year
to the 35,000 that we now have.”
—Alyx Picard Davis tweet this

“How are we thinking about independent film as we move forward?” Picard Davis said. “We want to expand it to accommodate and not exclude new forms using filmmaking. … We’re still really pioneering a lot of what you see, and a lot of it changes immensely. Someone will come out with a new device and everybody will rush to play with it.”

Picard Davis will be promoted to executive director at the conclusion of this year’s festival, scheduled for June 11-14. She said the transition will not be drastic.

“I have been the one really running the parts of the festival that people are experiencing, the logistical pieces,” Picard Davis said. “I don’t see it changing that much. I would like to continue the growth that we’ve been having. I would like to continue expanding into areas where we’ve had curiosity, but it’s not a crazy departure because I’ve been involved in all of the steps up until this point, so I see the rhyme and reason behind certain things. I have been privileged to be a part of those conversations.”

The biggest difference, Picard Davis said, might be the contrast between her personality and that of outgoing executive director Lance McDaniel.

“He’s so outgoing, so charismatic, such a figure and such a huge chunk of deadCenter history,” Picard Davis said. “I’ve worked alongside him; I love him, but I do think it’s important to know that we’re two different people. We just are. He has taught me a lot about everything in this industry. … I’ve been very lucky to have him as a mentor and hope to do some justice to filling his shoes.”

She is also sure McDaniel will return in some way.

“Nobody’s ever done with deadCenter,” Picard Davis said. “Once you attend, you’re kind of in it for life.”

In a press release, McDaniel called Picard Davis “the perfect choice.” deadCenter will be hiring a new director of festival and operations, and Picard Davis said she thinks the festival will benefit from having someone else in the role.

“I have been in it for such a long time now,” Picard Davis said. “There are things that a new perspective, someone who’s looking at everything with fresh eyes, they’re going to ask different questions. They’re going to have different ideas, and to continue our growth, that input is necessary. So I see it as a very healthy step forward.”

“I get geeked out by spreadsheets,” she said. “I love the film schedule and a film budget, the stuff that a lot of a lot of creative people don’t gravitate toward. I can see the creativity in that.”

She credits deadCenter with showing her a path to the film industry that was closer to home.

“I still thought I was going to go to LA, but I realized that I could make movies here,” Picard Davis said. “I didn’t have to go to film school. There were people here I could network with to gain those skills. I knew it was probably going to be a little bit of a longer journey, but I didn’t want to leave here. I fell in love with Oklahoma and Oklahoma City. I didn’t want to leave. I didn’t want to go be challenged in the way that LA challenges people, and ultimately, I saw the ability to have an impact here at home. … It was really clear that this was the place that I needed to be.”

This year, deadCenter Film Festival celebrates its 20th anniversary with several events, including a filmmaker boot camp presented in partnership with Oklahoma Contemporary on April 4. The festival will announce its schedule April 22 and hold its kickoff party and fundraiser May 16.

Picard Davis is very aware that the June festival is getting closer all the time.

“Mark your calendars, plan your sleep schedule, get hydrated,” Picard Davis said. “It’s coming, and it’ll be here before you know it.”