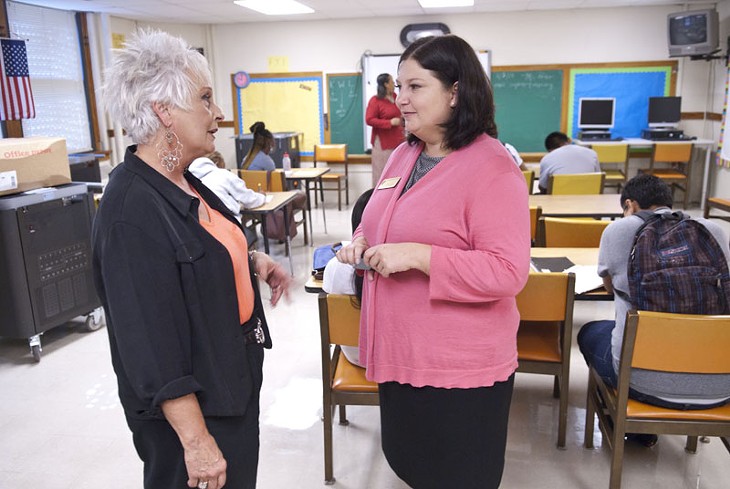 It would seem impossible for Aurora Lora to learn the name of every principal she meets during her tour of each Oklahoma City public school over the next few weeks. That’s why she always snaps a photo of them with the plan of making flashcards.

As the district’s new associate superintendent of student achievement and accountability, Lora is charged with implementing districtwide curriculum and finding ways to monitor and equip principals in order to improve school effectiveness. Part of that process involves visiting every school and every principal.

Simply put, Lora is looking for ways the district can make life easier for principals.

Hired in June, Lora’s arrival comes at a time of change for the OKC school district, which has also welcomed a new superintendent.

“This district has a long way to go,” Lora said following a visit to almost a quarter of the district’s schools as of last week. “When I first got here, I realized the curriculum department was almost nonexistent. The more layers I uncover, the more I realize principals and teachers have been working really hard for many years, but with very little support from central office.”

Following dozens of conversations with school principals, Lora said she has discovered a need for better curriculum management, a more efficient hiring process and quicker responses to maintenance issues.

“I know we can put the right systems in place, and I know we can figure out better ways to support our principals,” Lora said.

“We have 900-plus kids here. I am running around doing a pretty good amount of things,” said Susan Martin, principal at Fillmore Elementary School in Oklahoma City.

If OKC Public Schools Superintendent Robert Neu has his way, that load will be lightened in the near future.

“We have to really work hard in central office to be service providers to the schools and take administrative responsibilities off the principals so they can really focus in on the instruction and leadership,” Neu said.

Last month, a plan was announced to have the district’s human resources department take on a more active role in hiring teachers in an effort to alleviate the crunch principals can face when a school year is about to begin and there are still vacancies.

Neu also said his office will complete a series of performance audits to see where the central office can more efficiently perform the duties currently required of principals. Part of that audit includes Lora’s districtwide tour.

“But I can tell you early on that’s going to take some staffing up at central office,” Neu said.

The district’s central office employs 294, a number Lora says is too low for a district the size of Oklahoma City.

“Because central office has been so lean for many years, this district has been spending lots of money on contracts with vendors,” Lora said.

Martin won’t complain about her job — she loves it — but she can quickly list areas where she could use some help.

“A lot of what I have to do is make sure we are following curriculum guidelines,” Martin said. “I have the academic portion of it, and I spend a lot of time making sure [teachers have] everything they need.”

That includes providing teachers with the physical materials to teach while also ensuring that standards and guidelines are met.

Neu said curriculum development and oversight will be an area the central office gets more involved with. The district is in the process of hiring math curriculum directors, which are new positions in the district, Lora said.

Help with curriculum implementation is needed, but so is assistance with maintenance issues at school buildings.

“I think we need more maintenance people so that everything is up and running when school starts,” said Sandy Phillips, principal at Mark Twain Elementary School. “When you call to get something fixed, it needs to be fixed, but with a short staff, it doesn’t always get done.”

Alisa Stieg, principal of Edgemere Elementary School, said maintenance requests will be submitted to the district but there’s no way of knowing if her request has been received or how long it will take to be resolved.

That has also been a problem at Fillmore Elementary.

“Maintenance issues have also become a concern for principals, and there are times when a repair doesn’t get done in time for school,” Martin said.

At Emerson High School, it sometimes means outside help.

“I’ve had my husband come up and fix something because we need it done,” Principal Sheryl Kishore said. “You just get creative.” 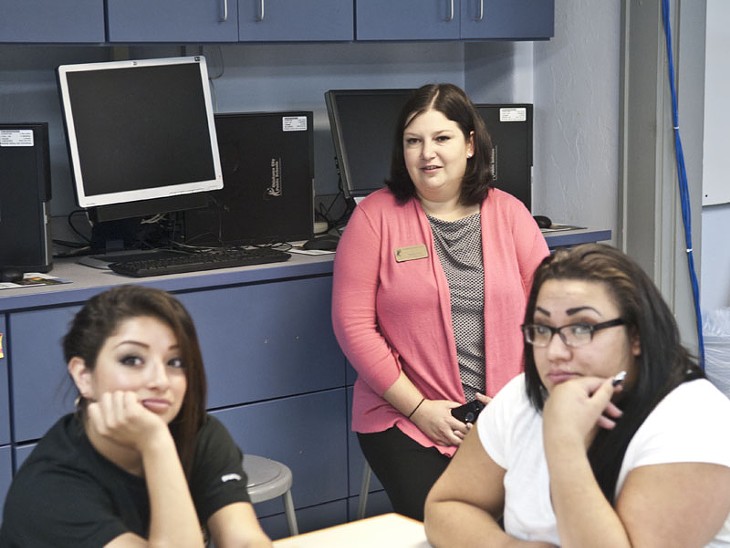 Ready for a change

Bolstering central office staff has been just one of several aggressive plans Neu has said he would like to implement in the district. It’s nothing new for an incoming superintendent to announce change, but Neu’s message has been well-received by some of the district’s principals.

Kishore said she has noticed a change in philosophy in the district since the arrival of Interim Superintendent Dave Lopez, who filled in prior to Neu’s arrival.

“Everything has been different,” Kishore said. “The focus is now on ‘How can we help?’ and ‘What can we do?’ as opposed to ‘You guys aren’t doing anything’ and ‘We need to cut something.’”

Lora said she has heard from principals who express a desire to see a little more understanding from the central office.

“I have had [principals] tell me, ‘Don’t judge me if I make a mistake. Don’t be so quick to think I’m terrible,’” Lora said. “To me, their work is so hard and everyone needs to be able to get coaching and training when they need it.”

Neu’s planned staffing level increases are not just aimed at the central office. He says the district will confront its teacher shortage issue head-on. That includes restructuring the human resources department to be more active in hiring teachers.

Kishore said she has had issues in the past in which a good teacher was grabbed by another district because Oklahoma City didn’t move fast enough. Other principals say a quicker hiring process is a big need.

“In a situation where you are under the gun to get school started and you have a teacher shortage, having help would be great,” Martin said. “If [central office] could get me people to interview and have already done pre-interviews with [them, that] would help.”

There’s no overnight solution or magic bullet to reforming the relationship between the district and its principals, but an effort appears to be underway to listen to concerns and respond with strategic solutions.

“There is so much change that can happen when you really understand what that work is like [for principals],” Lora said. “It’s a big job, but I’m attracted to big jobs where we can make a big difference.”