New documentary Obit. takes viewers behind the scenes at The New York Times 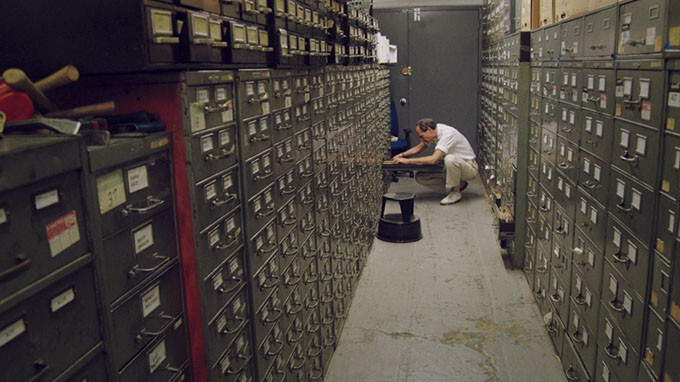 On the obituaries desk of The New York Times, the newly deceased never pass away. They do not depart this transitory life or leave us in an angel’s heavenly cradle. The record will not show them breathing their souls away into their savior’s loving arms or fading into a warm sunset.

Instead, they just die — as we all will.

The 2016 documentary Obit. is a film that gives viewers a glimpse at the warm-bodied Times writers tasked with compiling and making sense of the lifetimes of the freshly dead. The Vanessa Gould-directed film screens May 19-21 and again May 25 at Oklahoma City Museum of Art, 415 Couch Drive.

Obituaries are sometimes seen as something separate from the news, but the job of a Times obituarist is no different than that of the other journalists they work alongside: to write an impartial but compelling account of the facts. Glowing memorials and coddling euphemisms are nowhere in the job description.

That is not to say an obituary should be dry or morbidly sterile either. One fact that shines through in Obit. is that these accounts can be as bright with color as the vibrant lives they describe.

Similarly, it turns out a documentary about career death writers is not half as stodgy as it might sound. More than just talking about what makes an obituary, Obit. gives viewers a sense of what it is actually like to work on the beat. The audience watches as writers pitch a certain angle to their editor, hammer their way through a complex lede under the pressure of a looming deadline and anxiously wait while the office single-serve coffee maker leaks out a piping cup of complimentary joe.

Writer Bruce Weber’s piece on John F. Kennedy’s television aide William P. Wilson (whom the former president once credited with securing his win in the 1960 election over Republican candidate Richard Nixon) is particularly captivating as viewers see the story develop through the stages, from a pitch to the editor to its eventual publication.

Times obituaries are not merely reserved for celebrity entertainers and world leaders. The documentary explains that an obit can be over anyone who has made a notable impact on the world — be it a pope or a toy inventor.

While the obituarist and the news writer have similar goals, some of their methods are different. A journalist on a political or special interest beat has a firm set of sources to pull from, but obit writers never know who is going to die or when. Their scope of research is far broader, and their tasks sometimes more closely resemble the work of a historian.

The Times requires every death to be verified through an official entity or family member, no matter how widely it is being reported. One writer featured in the film recalls looking through every Wallace in an Urbana-Champagne, Illinois, phonebook until he found the parents of author David Foster Wallace.

The daunting task of research is perhaps most exemplified in the incomprehensibly voluminous Times morgue — an archive of nearly all the clippings, photographs and documents the historic paper has ever published or owned. Obit writers must frequently pull from the massive file of records.

For well-aged figures of note, that sometimes includes pulling prepared advances that were written before the time of his or her death. Obit. shows the filing of a newly written advance for actress Jane Fonda, who is still living.

As hard as they try to keep ahead, death always proves itself unpredictable. Obit writers exclusively cover breaking news, but some breaks are bigger than others. The high-profile and totally unexpected deaths of Philip Seymour Hoffman, Michael Jackson and Robin Williams all sent the staff scrambling.

Obit writers have the unenviable task of encapsulating these monumental lives from scratch in mere hours before a firm print deadline. The digital media market also forces them to churn out briefs in even shorter windows of time.

In 2016, it seemed to many like celebrities were dying at a higher rate than in the past. One contributing factor is that the pool of widely known figures is simply deeper than it has ever been. As writer Margalit Fox poignantly notes in the film, obituaries are inherently retrospective. The obituarist’s beat operates on a timeline several decades behind the present.

When Fox started, she was writing mostly about the generation of World War II. She said obituarists now mostly operate in the 1950s and ’60s — the television era.

When faces and voices could be directly broadcast into people’s homes, the potential for becoming a celebrity was exponentially increased. That potential will only further explode as the timeline slowly shifts into the cable and internet years.

Perhaps due to the nature of their jobs, obituary writers seem to be a reflective lot. The crew behind the Obit. cameras seem to be frequently asking their subjects to reflect on their own lives and mortality. Many of the writers gratefully comply, offering introspective takes on purpose and their own happiness. A job many think would be morose is actually exciting and inspiring. On a day-to-day basis, obit writers live through the full and impactful lives of others.

Wading through a pool of family members’ and loved ones’ selective memories and the circumstances surrounding a death, the writers get down to a kernel of truth in a person’s life, perhaps revealing an overlying theme. Obituarists are not grief counselors, and the news is no epitaph — yet fairness in truth often proves to be as sacred a tribute as most could ever hope to earn.