by Jennifer Chancellor and Louis Fowler 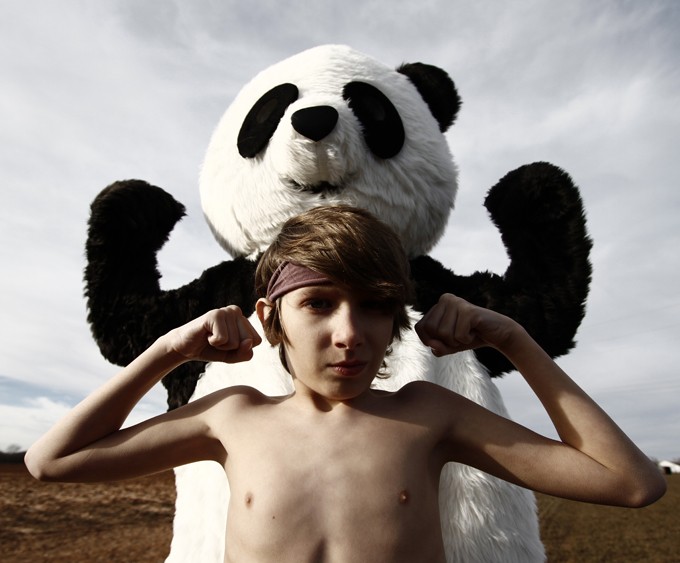 In his lifetime, Mickey Reece has worked on dozens of films.

But if you ask him, he’ll say that he only counts about five of them as “true” movies, and that includes his latest, Me and Ichikawa.

Inspired by his young son, Julien Cash Reece, he wanted to tell a story that his son could relate to and make a film that he’d take his friends to see.

Reece also cast the youth as protagonist Elliot, whose fantasy world is constrained by his mom and her boyfriend. Both adults fall on hard times and send the boy to live with his dad.

“His mom has been trying to suppress his imagination so he [will] pay better attention in school,” Reece said. “And she even takes him to a child psychologist, but instead, his dad fosters his imagination, and from there, the film grows.”

While Reece gets a “written by” credit for this film, Julien gets a cowriter credit, along with actors Mason Giles, Jacob Snovel and Lisa Renee Woods.

Reece isn’t known for kid-friendly films and admitted that creating a PG-13 film was a challenge. But he declared that this isn’t a bid for mainstream acceptance. He still filled the work with the seven-minute takes and challenging characters he’s known for.

“All of our past movies have been raunchy, for the most part. I wanted to make one that everyone could come see,” he said. “It’s a very clean, very fun movie for the whole family [and] something I’m extremely proud of.”

Even with its tween rating, Reece said children over 10 will be able to identify with the heartwarming tale.

The movie was made with production and distribution help from Oklahoma collective Fall Films Entertainment, which also handled many of Reece’s prior films, including his 2014 works T-Rex and Judges Creed and his 2013 film Queerbait.

He makes about three movies a year but said he isn’t afraid of overexposure. He was equally prolific when he was writing and performing music, including his stint as one-man band El Paso Hot Button. He compared filmmaking to being in a local band that “only plays three times a year” with a “new set list each time.” It keeps him and his colleagues working, inspired and, especially in the case of this new film, always experimenting with unexpected genres.

In fact, he’s already developing his next movie and said he’s ready to experiment more with “cheap plot devices.” He said it might be a heist or surfer film. Or it might not be.

“I want to try everything,” Reece said. “And that’s what Me and Ichikawa is about. For instance, if I said ‘Hey, I’m gonna make a movie kids could watch,’ they’ll be like, ‘There’s no fucking way.’ But I did it. … I’ll try anything.”

Print headline: Child’s play, Filmmaker Mickey Reece is back with his most shocking movie yet: a kid flick.