Family history and consistency provide a base for Smoked Out BBQ that is making its name with creative sandwiches. 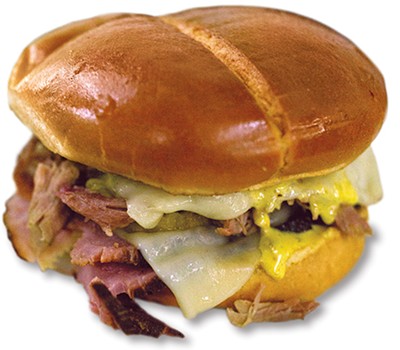 The same type of oak wood that kept the Richardson house warm in Watonga for generations is powering Smoked Out BBQ, which is gaining traction since opening its brick-and-mortar last August, thanks in part to creative sandwiches.

Leroy Richardson and fiancée Jacque Lucas made the leap by opening Smoked Out as a food truck in January 2018, and by August of the same year, they were already in a permanent location. The 28-foot truck’s lime-green paint job inspired the modern décor of the restaurant.

“We imagined ‘Smoked Out’ in black letters on the side of the truck before we even bought it,” Richardson said.

The couple grew up in Watonga and both went to Southwestern Oklahoma State University before going their separate ways. They reconnected over the years, in part over cooking meals.

“We both had different professions,” Richardson said. “I was doing cooking and bringing them into our jobs; so was she. Believe it or not, a lot of our coworkers and bosses were like, ‘Oh my goodness! You could sell this.’ I would do the Thanksgiving turkey and ham for the company. We decided we had the smokers; why don’t we look at these food trucks? And we found one out of Enid.”

Richardson’s barbecue pedigree started in the family home. His grandmother Velona kept the house warm with oak picked from the surrounding neighborhood. His father Glenn used that wood to become Watonga’s favorite caterer-on-the-side.

“I would watch my dad and learn from him,” he said. “Out of the three boys he had, I was the one that wanted to learn more about the cooking process than the other two. … My father sold ribs out of the back of a station wagon in Watonga. He was the go-to barbecue caterer. When I was in high school, he catered all of my football functions and was all over town.” 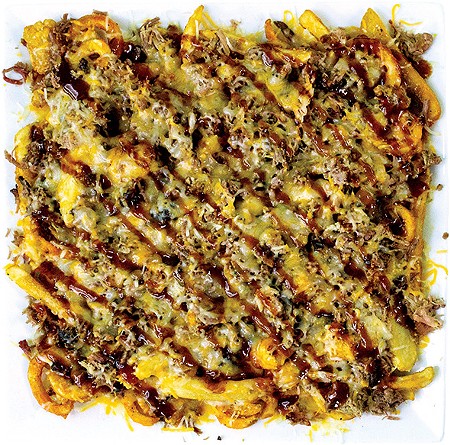 Velona also managed Dew Drop Inn in Watonga, and the family opened A1 BBQ in Oklahoma City near the corner of Council Road and Reno Avenue. Richardson has harnessed the family history and combined it with modern technological cooking methods and inventive sandwiches to make Smoked Out BBQ a success.

Richardson said his father had to work for hours tending the fire for direct heat on the barbecue, while he can rely on timers and sensors to smoke meat overnight and still get some sleep.

“We wanted to let everyone know that you can have really good barbecue and still eat off of real plates with real silverware; it doesn’t have to be paper plates and butcher paper,” he said. “It’s a nice establishment that doesn’t look old and rustic. It’s upscale but quality barbecue that you might find at home.” 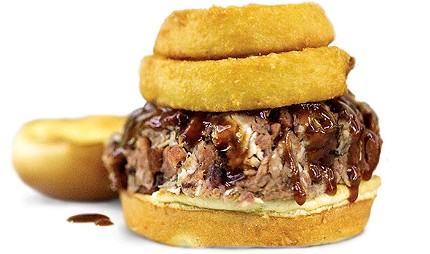 While Richardson leads the charge of tending the selection of meat, Lucas is the creative force behind Smoked Out’s unique sandwich offerings. Some are takes on classics crafted with housemade sauces like the mustard sauce on the Cuban Boss with pickles, Swiss cheese, pulled pork and house-smoked ham.

“We have people coming in here saying it’s the best Cuban sandwich they’ve ever had. Only thing we don’t do is that we don’t press the bread. … Everyone tells us that we don’t need to,” Richardson said.

Lucas came up with the Sampson sandwich while working in the kitchen one day. It’s all six meats chopped together and topped with barbecue sauce and onion rings. Pineapple Express is smoked chicken topped with cheese and a battered and fried pineapple slice. The MJ sandwich is the combination of two requests from regular customers who lend their first initials to the sandwich name. It is chopped brisket with chopped hot link topped with coleslaw. While other restaurants have a rib sandwich on the menu but serve bone-in ribs with bread on the side, Richardson pulls the bones out and excess gristle off to offer a true rib sandwich on a brioche bun.

“We love all kinds of food; we love to cook but to also go and sample different places,” Lucas said. “We sit at home [and think about] what might go together, something that might be a meal in a sandwich, and do something that everyone isn’t doing and is unique to us.”

Nontraditional items on the menu include the Holy Smokes, a more than 3-pound offering that tops a choice of  a mixture of fried potatoes — tater tots, curly fries and straight or steak fries — with pulled pork, brisket, cheese and barbecue sauce. Dessert offerings range from banana pudding made to-order to battered and fried peaches and apple crescents (pie dough stuffed with apple filling, coated in cinnamon sugar and served with caramel sauce). 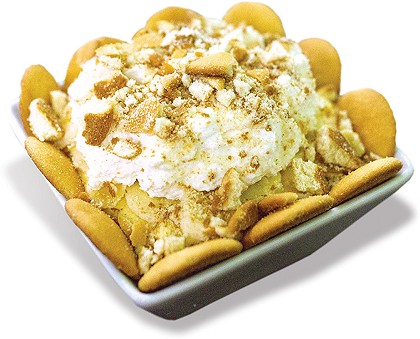 Lucas recently experimented with a holiday item that stuffs dressing and chopped smoked turkey into a wonton wrapper and deep-fries it with brown gravy.

“I have a feeling you might see that one on the menu soon,” Richardson said.

Smoked Out got its name while Richardson was using a large outdoor smoker attached to a trailer at home. One afternoon, a neighbor came over and was inundated with the plumes of oak smoke emanating from the smoker.

“I said, ‘We just smoked you out,’ and thought that was a great name for a restaurant,” Richardson said.

With a name that might carry a connotation to consuming cannabis, paired with the bright green signage, Richardson and Lucas said it has actually helped drive in customers.

“It’s happened and brought us in some business; it hasn’t hurt our business,” Richardson said. “Some people want to know if we’re infusing our food or using hemp stalks, but that’s not the case.”