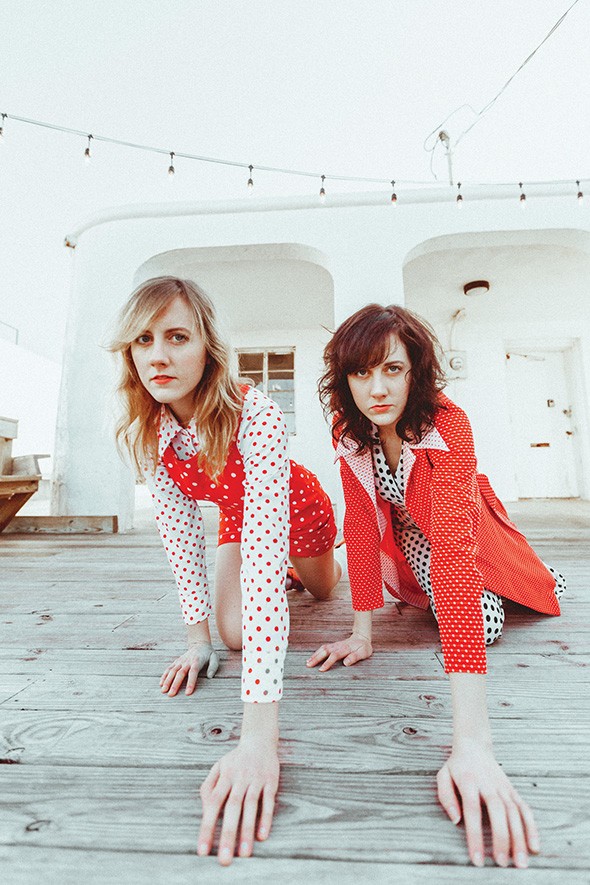 Academy of Contemporary Music at the University of Central Oklahoma (ACM@UCO) hosts a diverse group of local and national artists in its female-centric .WAV Festival this weekend.

The ACM@UCO student organization Women’s Audio Vision (.WAV) is responsible for festival planning. .WAV has been a campus organization for two years, although this is its first year with its new and improved name. (The group held a Slay the Stage Festival last year.)

.WAV student president Kate Carmichael is an ACM senior about to graduate with a degree in contemporary music production. She has been involved in .WAV since its inception.

She said the group and festival were both created to be a safe space for female members of the music industry, specifically those who work in studio or performance settings.

“Women’s Audio Vision was established by a girl that was a production major, as well,” Carmichael said. “And she made this band of other production girls because we all felt very left out in our classes and very talked-down-to.”

This wasn’t an issue with their teachers, she said, but with classmates or individuals they would encounter at shows. The organization is meant to foster a community of women who might be experiencing similar sexism within music business environments. They strive to empower each other and boost confidence.

.WAV vice president Rozlyn Melton said she has been overlooked as a woman several times. At one event, she and her band were part of a lineup at a local venue. She said the other bands present ignored Melton and her manager, who was also a woman.

“Later, one of the guys came up to us and mentioned, ‘Oh, we just thought you were someone’s girlfriend,’” Melton said via email. “This is why Women’s Audio Vision exists. We aren’t just someone’s girlfriend. We are people that love building the career that we are while just happening to be female.”

Carmichael said the group is open to essentially any female-identifying ACM@UCO degree student. They strive to be inclusive.

“If you’re managing a band or if you’re a singer or a musician in a band, you’re going to be in the studio setting too,” Carmichael said.

Carmichael encourages group members to ask questions of each other rather than settling for being overwhelmed or intimidated in a studio. They also want to provide ways to talk about sexist behavior.

“It creates the place to be creative whenever you don’t have that sense of fear going on or sense of insecurity,” she said.

While the ideas and goals of the group have stayed the same, there are a few other departures from last year’s festival. The lineups have expanded to include dance and art majors from ACM@UCO. Gallery space is available to artists and photographers at the fest.

The event is also benefiting a new local nonprofit.

“Last year, we did a donation-based event,” Carmichael said. “It benefited Women’s Audio Mission in California. And this year, we’re benefiting Sisu Youth in Oklahoma City.”

We are people that love building the career that we are while just happening to be female.Rozlyn Melton tweet this

Jamie Caves, executive director of Sisu Youth Services, said the group was excited for the opportunity to work with .WAV.

“With such an amazing lineup of musicians performing throughout the festival, Sisu Youth will receive a great deal of exposure and increased awareness about what we are doing to serve the community,” Caves said via email. “This event is a meaningful way to increase donors, volunteerism and outreach to young people that may need our support.”

Sisu Youth Services operates with a predominantly volunteer staff. For those interested in helping the organization in other ways, sisuyouth.org has a list of current needs and a volunteer application.

“Also, we know that being a woman in the historically male-dominated music industry can be full of challenges,” Caves said, “and that aligns with what we stand for at Sisu Youth.”

This year’s festival features talented female artists during two days of performances. The lineups showcase a diverse mix of music styles and groups, including genres such as pop, folk, alternative, acoustic, blues, hip-hop and more. All groups are either female-fronted or entirely comprised of female artists.

Carmichael pointed out how important this representation is.

“Nine times out of 10, when I go to a show, it’s all guys,” Carmichael said. “I perform myself, so I’ll be watching and be like, ‘I could pull from this and that, but I can’t completely relate to it.’ I can’t relate to the song as much because I’m not singing from the same perspective they are.”

The headliner for Saturday’s performances is Oklahoma-born folk trio The Annie Oakley. It performs 8 p.m. in the Songwriting Room, 25 S. Oklahoma Ave. The group, known for its tight harmonies and storytelling lyrics, includes sisters Jo and Sophia Babb and violinist Nia Personette.

The Babb sisters echoed Carmichael’s sentiments about the significance of giving female artists a platform. 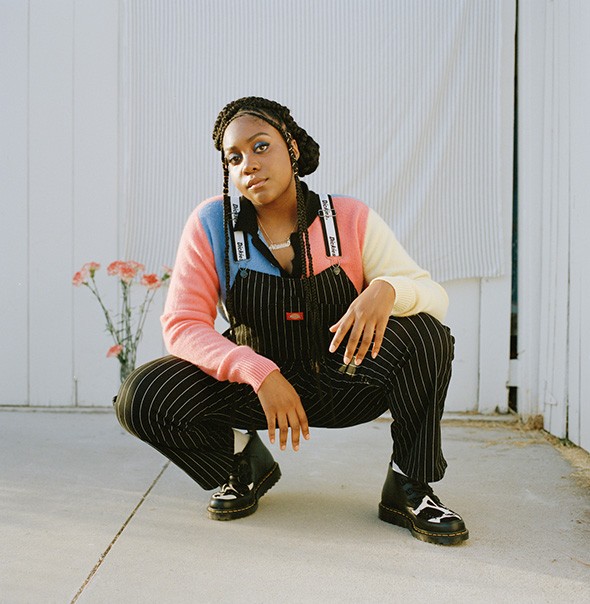 “So often, you see festivals that have 90 percent men lineups,” Sophia Babb said. “Especially in Oklahoma, we’ve had some festivals that are literally all men. And that’s just not a sustainable way to have music because you’re missing out on such a great part of the music industry and music community, which is women.”

Jo Babb said they know fellow female musicians in Tulsa who have expressed frustration about the music scene there for women.

“I know that just the fact that [.WAV Festival] is happening is unique in itself,” Jo Babb said. “That a larger organization is putting together something for women, going out of their way to be inclusive and diverse — not many places would do that. I feel really lucky to be in a city where that’s celebrated.”

Sophia Babb said they are looking forward to their Saturday performance and are excited to bring the band back to Oklahoma City after a long period of touring. The Annie Oakley plans to play a mix of old and new songs, including ones from its recently released album, Words We Mean.

“We’re going to get to spend the whole day listening to good music and then end it,” Sophia Babb said. “It feels like a celebration, almost.”

Indie rock band Me Oh My is among the openers for The Annie Oakley. Lead singer Megan Wiggins said that women in music are often undervalued.

“But we aren’t just women artists,” Wiggins said via email. “We are equal artists who deserve just as much recognition as the next band full of men. Same goes [for] women who are sound technicians. We know what we are doing; it’s what we do best and what we are passionate about.”

Sunday’s headliner is Chicago poet and hip-hop artist Noname, who has gained popularity in the last few years as an underground rapper and released her first full-length album, Room 25, last year.

Admission to all festival performances is free except for Noname’s ticketed concert 8 p.m. Sunday at ACM@UCO Performance Lab. Although that performance has already sold out, ACM@UCO might release additional tickets beforehand.

Carmichael hopes the .WAV Festival will not only help Sisu Youth Services meet food drive goals but will also inspire other female performers to jump onstage. She also wants local music and art fans to be entertained.

“You don’t have to go spend all this money and drive out of the city to see an act,” Carmichael said. “You have good acts here. You have amazing people here doing really hard work, honestly.”