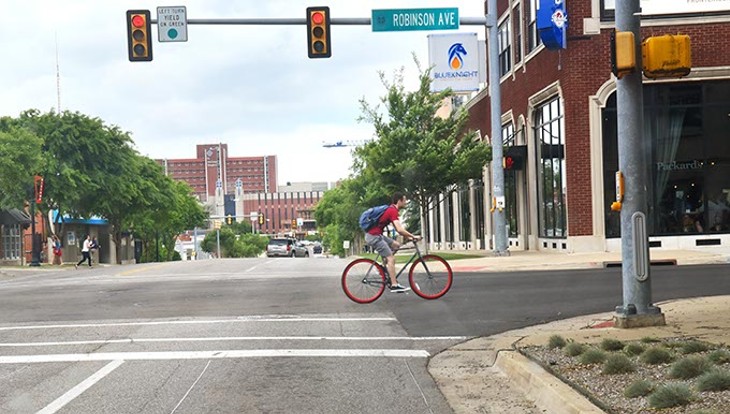 spaces. The city has made some effort in recent years to expand its cycling infrastructure and is in the beginning stages of a bike/pedestrian master plan called BikePedOKC.

“This plan will develop a network of bicycle and pedestrian-friendly connections throughout Oklahoma City,” said John Tankard with the city’s planning department. “The plan will build upon the Oklahoma City Bicycle Transportation Plan prepared in 2008 and the city’s Trails Master Plan prepared in 1997. The Bicycle and Pedestrian Plan will focus on improving the city’s active transportation network and create a safer, healthier and more enjoyable place for residents and visitors.”

The Oklahoma City Council is reviewing a proposed budget for the next fiscal year that would see a 2.38 percent increase in spending.

“While the economy has slowed, we are still growing, and I believe the FY16 budget is a prudent and balanced plan that focuses resources in the areas of greatest need,” City Manager Jim Couch said. “The addition of 46 public safety positions and enhancements in Council’s priority areas will allow us to continue our forward progress in FY16.”

Budget presentations will be made during the May 26 and June 9 city council meetings. The budget is scheduled for adoption on June 16, and the city’s new fiscal year begins July 1. 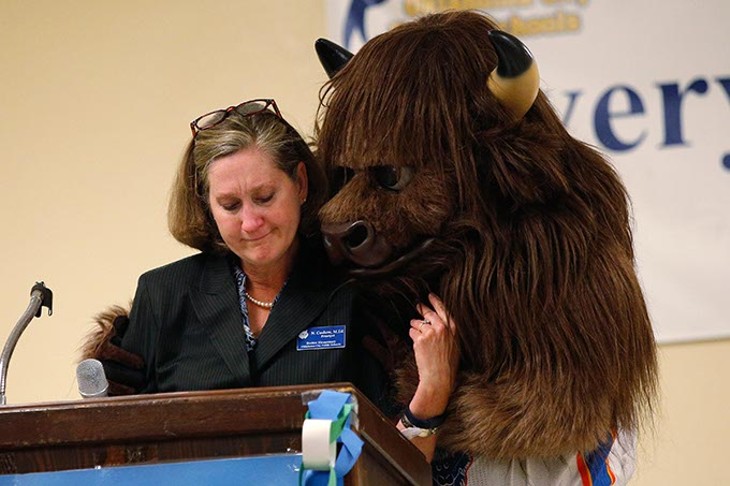 “Believe it or not, fourth-graders have a lot to say about the changes that need to be made.”

Those are the words of Bodine Elementary Principal Nikki Coshow when talking about her school’s effort to bring students into the process of revitalizing the school and setting new standards.

After regularly issuing nearly 500 suspensions a year, Bodine has suspended fewer than 20 students and has transformed its process for handling discipline issues.

The school also has no teacher vacancies headed into next year, a concept that would have been unheard of a few years ago.

You can read more about the turnaround at Bodine by visiting the education page at okgazette.com.

Murch, a drama and speech teacher at Star Spencer High School, received a $1,500 classroom grant and will represent the school district in the state teacher of the year contest.

“Samantha Murch embodies the very best qualities we have in the teachers of our district,” Superintendent Rob Neu said. “She is smart, passionate and innovative and cares deeply about her students. I’ve said it often, but I continue to be impressed with the high-quality teachers throughout the district and am pleased to see this recognition for Samantha and our other finalists. The competition was tough.”

In partnership with the district, The Foundation for Oklahoma City Public Schools administers the teacher of the year program and also named Elizabeth Ejtehadi, a third-grade teacher at Wilson Elementary, first runner-up.

“It is our responsibility as a community to lift up our teachers and value them for the critically important work they are doing to build our future citizens and leaders,” said Mary Mélon, president and CEO of The Foundation for Oklahoma City Public Schools.

Cayla Lewis, a local artist and member of the Classen Ten Penn Neighborhood Association, has been named the new executive director of Plaza District Association.

The Plaza District, a popular commercial hub along 16th Street in west Oklahoma City, had been in search of a new executive director following the departure of Kristen Vails in March.

“The Plaza has always had a piece of my heart,” Lewis said.

In addition to serving on the Classen Ten Penn Neighborhood Association, Lewis was a community relations coordinator at Downtown OKC Inc. and a former communications coordinator for the Plaza District. Lewis said the Plaza District’s future includes becoming a Business Improvement District and finding ways to increase the visibility of art, which has been a strong component of the neighborhood since the beginning of its revival.

“We’re excited to bring Cayla on board,” said Kristen Wilson, Plaza District Association Board president. “We feel that Cayla has the expertise and passion for the Plaza that the district needs to continue its forward momentum. Her wealth of experience, relationship with the district businesses and neighbors and enthusiasm make her a great choice to lead the Plaza District.”

Lewis said the new position was like coming home even though she lives in the neighborhood.

“I moved from Norman to Oklahoma City, and the Plaza was kind of like my first place to feel comfortable and to settle down,” Lewis said. “Eventually, I moved to Classen Ten Penn, which is the neighboring district. I live three blocks from The Mule, which is awesome.”

“We’ve been able to hire officers and put them in some of our high gang, high violent crime areas,” Oklahoma City Police Chief Bill Citty told Oklahoma Gazette. “We also added a day shift to our gang unit. I think these things are adding to our success.”