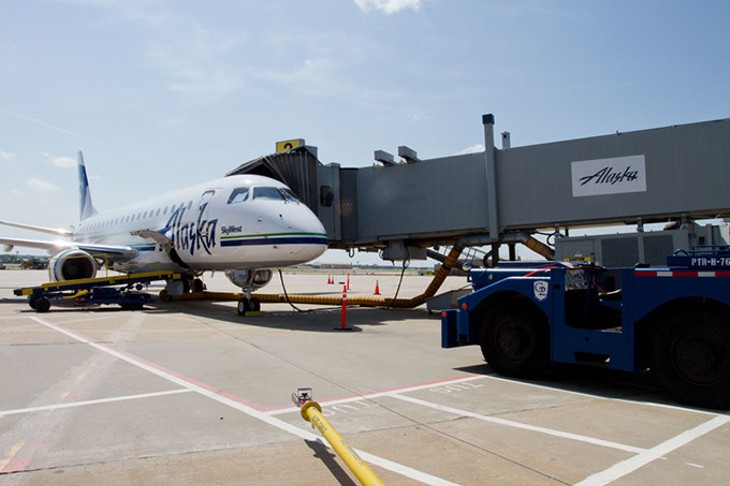 As the first passenger exited the Jetway into Will Rogers World Airport, a round of applause greeted him, pushing Oklahoma City’s reputation as a welcoming city to new heights.

This wasn’t the standard airport greeting but rather the celebration of a new daily nonstop flight between Seattle and OKC, which officially began July 1.

“We approached [Alaska Airlines] a few years ago,” said Scott Keith, the airport’s assistant director, “about six years to be exact.”

Keith said service to Seattle and the Pacific Northwest had been on Will Rogers’ wish list for a while but even when Alaska Airlines, which is based in Seattle, expressed interest in OKC, it lacked the right size aircraft.

Recently, Alaska Airlines purchased a fleet of Embraer 175 jets, which will fly the daily flight between OKC and Seattle with a capacity of 76.

“The airplane is brand-new; the paint might still be wet on it,” joked Karen Cannon, a regional manager for Alaska Airlines.

Airport officials said Seattle is an attractive destination for tourists but the growing aerospace industry in the state also presented a demand for nonstop service between the two cities. The flight will also provide easier access to Alaska and Portland, Oregon.

“We are kind of celebrating two things today,” said Roy Williams, Greater Oklahoma City Chamber of Commerce president. “We are celebrating a new airline to our market and a new direct flight to a new destination.” 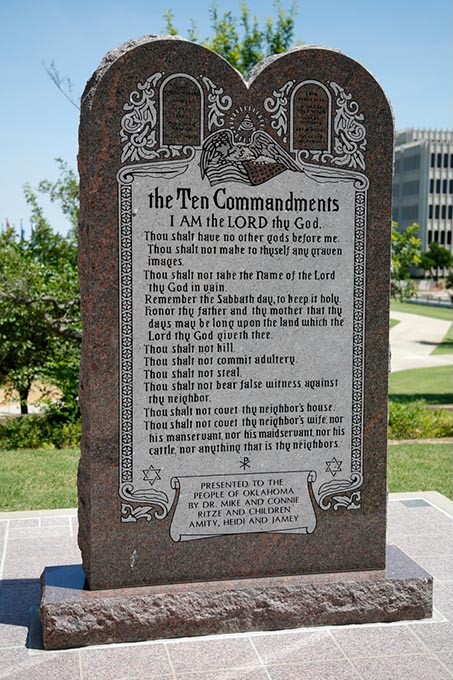 Even in evangelical Oklahoma, a Ten Commandments monument on the Oklahoma capitol grounds has faced numerous challenges. The American Civil Liberties Union of Oklahoma (ACLU) filed a lawsuit against its placement, a satanic church tried to add its own tribute, and a man even ran his car into it.

Last week, the lawsuit was victorious as the State Supreme Court ruled 7-2 that the monument violated the Oklahoma Constitution.

“The placement of the Ten Commandments monument at the Capitol created a more divisive and hostile state for many Oklahomans, sending a message to some citizens that they are less than equal because of their religious beliefs,” Kiesel said in a media statement. “The Oklahoma Supreme Court recognizes that when the government literally puts one faith on a pedestal, it is an affront to one of the most fundamental protections of the Oklahoma Constitution, namely that all Oklahomans, regardless of the beliefs, stand before their government as equals.”

$347,948,878. That’s the amount of the Fiscal Year 2016 general fund budget for Oklahoma City Public Schools. It was approved last week by the school board, along with a building fund budget of almost $20 million.

In a presentation to the board, district interim CFO Jean Bostwick said the budget process for schools was challenging because it is based on a variety of projections, such as student enrollment and property assessments, that could change.

“It’s an interesting process from a school district perspective,” Bostwick said. “We have no definitive known numbers to start the year out.” 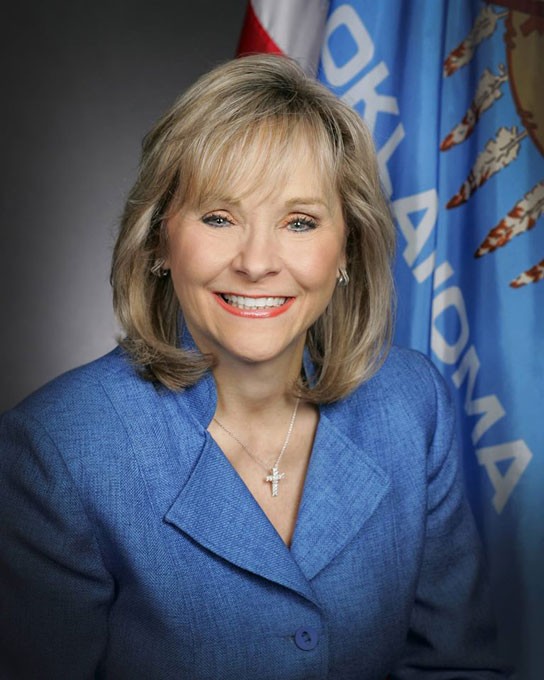 Following a busy week for the United States Supreme Court, which handed down several decisions celebrated by Democrats, Oklahoma’s governor was busy rebuking most of the outcomes.

“Taxpayers will be, for the time being, stuck with a law that is deeply flawed, disruptive to the lives of American families and a destructive force in our economy,” Gov. Mary Fallin (pictured) said in a media release following the court’s decision to uphold the Affordable Care Act, also known as Obamacare.

“Like the vast majority of Oklahomans, I support traditional marriage. I do not and will not support expanding the definition of marriage to include same-sex couples,” Fallin said following the Supreme Court’s decision to legalize same-sex marriage nationwide.

The court did render two decisions that Fallin celebrated.

Of a ruling that allows Oklahoma to continue killing convicted murders by lethal injection, Fallin said, “The Constitution is clearly not intended to prohibit the death penalty by lethal injection or the use of the sedative midazolam. I appreciate the Court’s ruling, which upholds the letter and the spirit of the law as it is written.”

On a decision striking down certain Environmental Protection Agency restrictions on coal power plants, Fallin said, “The EPA regulations in question would have imposed a $10 billion a year cost for power plants. [This] decision is a victory for American families and businesses that would have faced skyrocketing costs because of unreasonable rules and regulations.”