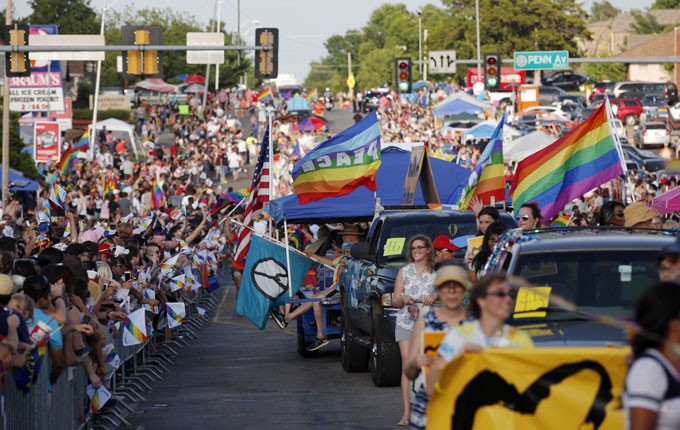 In a year that saw the state Legislature open the door to further charter school growth across the state, Oklahoma City Public Schools has hired Verna Martin as its new charter school instructional leadership director. Martin will help the district strengthen its relationship with the 13 charter schools and four enterprise schools across OKCPS. Martin is 20-year veteran of the district and was the associate director of secondary education and has worked as a teacher and principal.

Martin was one of several new hires and placements announced by the district this month. Other changes include Nathalie Means-Henderson as an elementary instructional leadership director.

“Nathalie has a proven track record of using leadership skills, community engagement and high expectations to turn struggling elementary schools into success stories,” Aurora Lora, associate superintendent of student achievement and accountability, said in a statement. “During her tenure as a principal in St. Louis, she moved a once-failing elementary school into the top percentile for student achievement. This is the type of improvement our students need and our community expects.”

Several other administrators and principals were announced by the district this month. Pick up future copies of Oklahoma Gazette this summer for a closer look at new school leaders who have been hired or transferred within OKCPS. 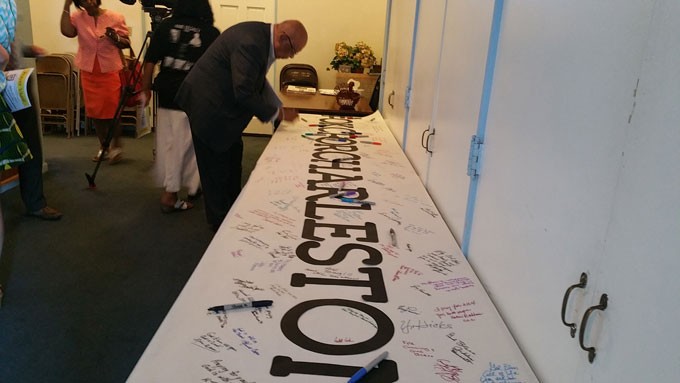 Tamia Taylor scribbled a message with a pink pen, picking the empty space inside a giant letter “o.”

“I listened as your loved ones issued their message of forgiveness,” Taylor wrote. “At the end of the day, we must all remember forgiveness is a powerful thing.”

Taylor’s message was just one of dozens written across a banner headed for Emanuel African Methodist Episcopal Church in Charleston, South Carolina, where a young man expressed racial hatred as he gunned down nine people. On Sunday, the banner, which said “#okcforcharelston,” was spread across a table at Avery Chapel African Methodist Episcopal Church in east Oklahoma City as hundreds gathered for a prayer vigil to remember those killed in last week’s shooting.

Members of Avery Chapel flooded the sanctuary Sunday night, along with dozens of clergy and elected officials from across the region. On the stage were portraits of each victim of the Charleston shooting. 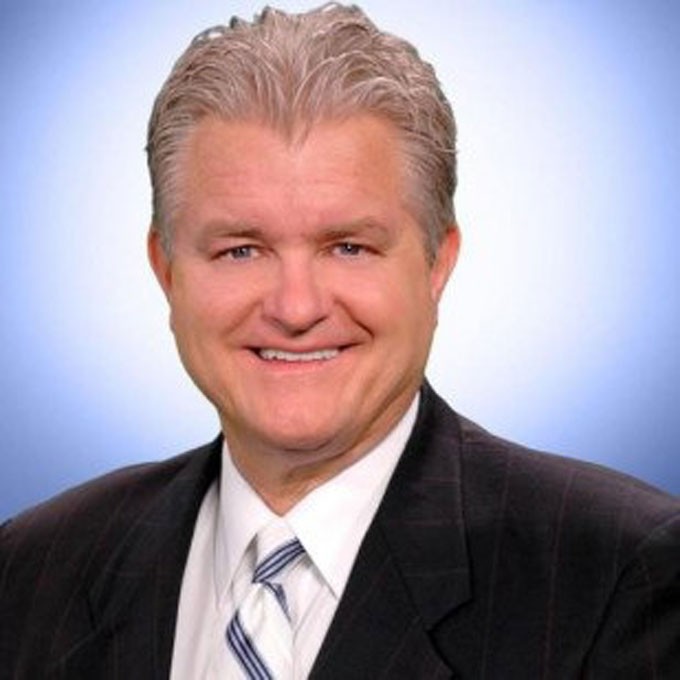 Oklahoma’s media and sports worlds were rocked with the news that acclaimed sportscaster Bob Barry Jr. died Saturday when his motorcycle was hit by a car.

“Bob loved his family, and he loved Oklahoma,” KFOR News Director Carlton Houston said in a statement. “We would just ask that everyone say a prayer for his wife Gina and his family at this difficult time.”

Barry, who was sports director at KFOR, was 58.

Following news of his death, dozens of media organizations, sports teams and viewers expressed their grief.

“The Thunder is saddened to hear of the death of Bob Barry Jr,” said Oklahoma City Thunder Chairman Clayton I. Bennett in a statement. “For decades, Bob covered sports with integrity, dedication and passion. We send our thoughts and prayers to the Barry family, his TV and radio colleagues and all who knew and loved him. Oklahoma sports broadcasting has lost one of its finest.”

Barry replaced his father as KFOR sports director in 1997 and had also been the host of a sports radio program. Barry was survived by his wife Gina and four children.

15. That’s how many homes will receive some type of rehabilitation this week thanks to the work of Catholic HEART Workcamp, Neighborhood Alliance of Central Oklahoma, the City of Oklahoma City, HIS Paint, Pelco Products, Orr Construction, Terracon and OG&E. Through Friday, crews will perform interior and exterior rehabilitations on 15 homes in the neighborhoods of Jefferson Park, Highland Park, and Classen’s North Highland Park. The homes will also receive weatherization repairs from OG&E.

“These neighborhoods will benefit so greatly from this coalition of community and corporate partners who recognize the need to invest in beautiful, safe and healthy neighborhoods,” Barbie Smalley, community organizer at Neighborhood Alliance, said in a statement. “The transformative power of the services and coordination provided by these partners will help these neighborhoods thrive.”

This will be the eighth year Catholic HEART Workcamp has brought volunteers and supervisors from across the country to Oklahoma City. 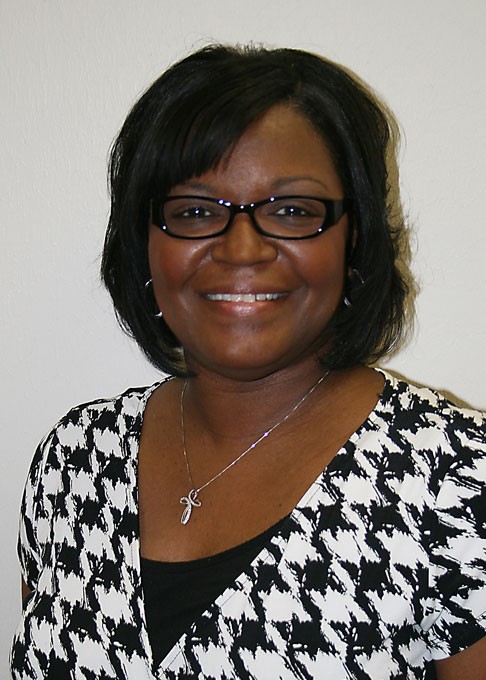 “This is really amazing and not what I expected when we decided to come.”

Those were the words of Arkansas resident Michael Nelson, who traveled to Oklahoma City last week with a group of friends to attend the annual OKC Pride festival and parade. Nelson said the tens of thousands who attended the week’s festivities were impressive and he was excited to see such support for the LGBT community in Oklahoma.