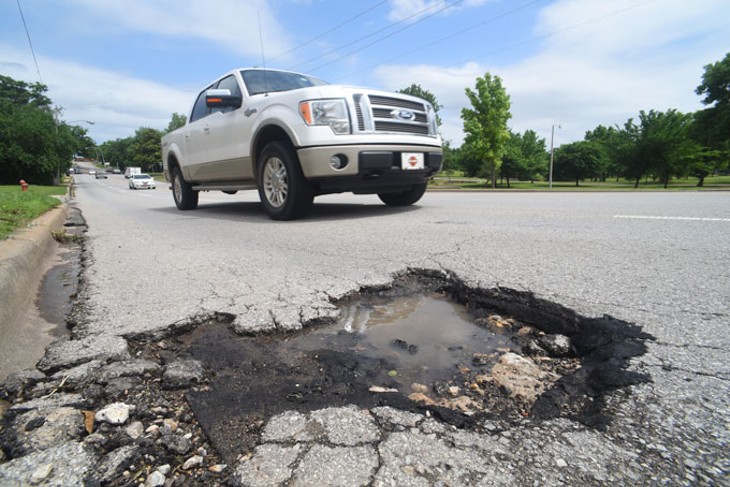 Do you find the nearly 8,100 miles of roads in Oklahoma City to be of good quality? If you do, then you’re in the minority.

Survey results from the city’s public works department show that just 35 percent of city residents are satisfied with the condition of local streets. However, that’s just a percent or two off of the national average, said Eric Wenger, public works director.

Wenger presented his Fiscal Year 2015-16 budget to the Oklahoma City Council last week in preparation for final budget adoption later this month. During his presentation,Wenger said the city’s roads were improving, even if satisfaction levels were not high among residents. The city’s pavement condition index currently stands at 64, which is slightly higher than 2011’s score of 60. A 100 is a rating given to a new road and a 0 to one that is undrivable.

Wenger also said his department plans to lay 35 new lane miles of road and 10 miles of new sidewalk during the next budget year.

Following the school board’s abrupt removal of the Redskins mascot at Capitol Hill High School in December, students at the southside Oklahoma City school have selected Red Wolves as the new mascot.

“It is an exciting moment for Capitol Hill students, staff and community,” said Principal Alex Souza. “The students have been patiently anticipating finding out what the new mascot will be and to begin coordinating fun activities that incorporate pride and celebration; now the fun begins for all of us.”

Several finalists were named early in the year, and students were given the chance to vote between Red Wolves and Guardians, which lost by 30 votes. 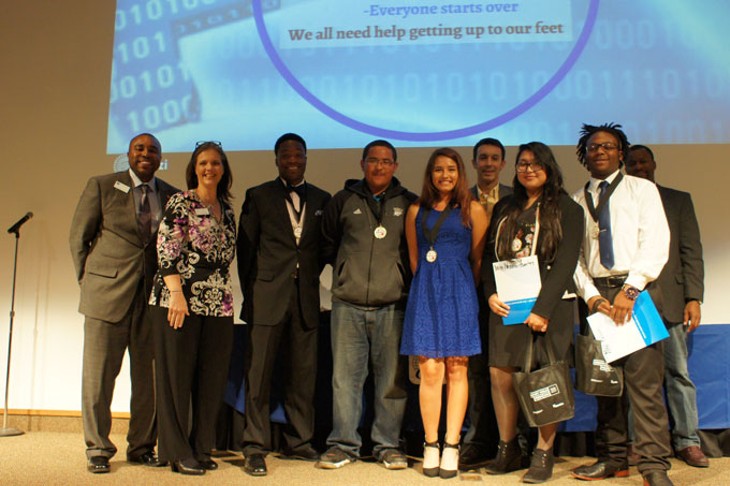 Five Oklahoma City students are headed to Cambridge, Massachusetts, to compete in a weeklong innovation lab.

At last month’s ArtScience prize finals, Team BioBlue was selected to represent Oklahoma for an international workshop in Cambridge, Massachusetts.

The Oklahoma ArtScience Prize is a yearlong after-school program through which Oklahoma high school students are challenged to develop innovative design ideas infused with concepts at the forefront of modern science. This year’s students were given creative freedom to explore the 2014-2015 theme of biodiversity to develop projects that can bring change into the world.

“This event brings families together to enjoy the gorgeous park, live entertainment, and celebrate all that Classen Ten Penn has to offer,” said Cayla Lewis, Classen Ten Penn Board member, resident and event organizer. “It’s also a great way for people to meet the people running organizations that are doing good things to improve life in Oklahoma City.”

“We’ve been presented an opportunity by the state to look at the future completion and operations of the Native American Cultural Center. I think it’s important that we don’t pre-judge whether this is a good or bad opportunity. I’ll be putting together a Council Committee to study the proposal, look at the numbers and determine if there is a sustainable business model to complete and operate the facility. We hope to be able to do that before the end of summer.”

Those were the thoughts of Oklahoma City Mayor Mick Cornett following Gov. Mary Fallin’s signing of House Bill 2237, which allows the state to issue $25 million in bonds. State lawmakers say that is enough to complete the project when combined with $9 million from the city and $31 million in private donations. Construction of the center began in 2006 but came to a stop due to a lack of funds, although the state says it spends nearly $7 million a year to maintain the partially completed facility southeast of downtown.

“For years, the cultural center has been a potential asset that has gone ignored,” Fallin said in a statement last week. “The completed center promises to be an important tourism attraction, an economic boost for the state and for Oklahoma City, and an educational tool to remind Oklahomans and non-Oklahomans alike of the important contributions that Native Americans have made to our history and culture.”