A couple who successfully defeated Oklahoma’s ban on same-sex marriage recently learned that they also will have legal fees paid by the county clerk’s office that fought against their effort.

One in four victims of lung cancer have never smoked.

But even for those who did, suffering from a disease that has a 17 percent survival rate is something no one deserves, said Jill DeLozier.

“There is a huge stigma with lung cancer that you don’t see with other forms of cancer,” said DeLozier, who recently helped organize her first Free to Breathe 5K Run/Walk and 1-Mile Walk in Oklahoma City.

She wants it to be an annual event.

The Free to Breathe organization seeks to raise awareness and funding for the treatment of lung cancer and hosts run/walk events across the country.

Jenny Brown, DeLozier’s sister, and she lost their mother, Karen Rose Coleman, to lung cancer in 2006.

“There are all types of other causes. If you have lungs, you can get lung cancer,” DeLozier said, quoting statistics from the American Cancer Society.

A couple who successfully defeated Oklahoma’s ban on same-sex marriage recently learned that they also will have legal fees paid by the county clerk’s office that fought against their effort.

Mary Bishop and Sharon Baldwin filed a lawsuit against Tulsa County and won in district court earlier this year. An appeal from the county made its way to the 10th U.S. Circuit Court of Appeals, which ruled this summer that the state’s ban on same-sex marriage was unconstitutional.

Same-sex couples were granted the right to marry on Oct. 6. The Circuit Court said that District Judge Terence Kern, who ruled in favor of the couple earlier this year, should determine the amount to be paid by Tulsa County. 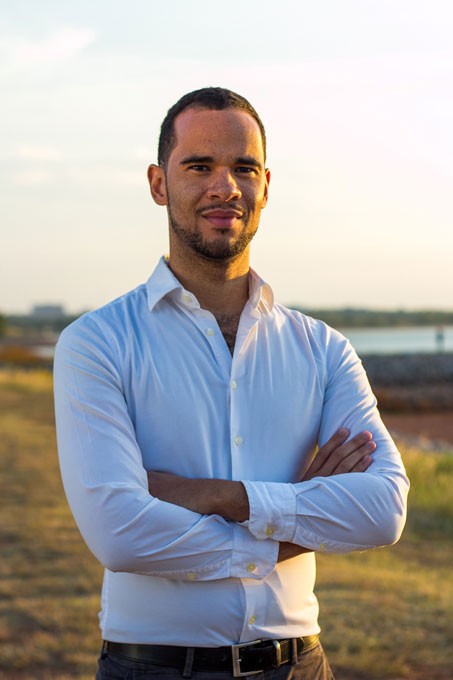 Less than five months before the next round of Oklahoma City Council elections, Ward 2 is the first confirmed race between multiple candidates.

James Cooper, 32, lives in the Paseo neighborhood and intends to run for city council against incumbent Ed Shadid. Cooper is an adjunct English professor at the UCO and OCU, where he also teaches film studies.

“A passionate advocate for human rights and LGBT equality, Cooper is actively engaged in local and national political issues,” Cooper’s campaign said in a statement to Oklahoma Gazette.

Shadid, who has announced his intention to seek re-election in 2015, is an independent who lost his bid for mayor earlier this year against Mayor Mick Cornett. Council seats in wards 2, 5, 6 and 8 are up for election in March.

“The group’s taken off so quickly in just several weeks. What can we do in two to three years?”

Those were the thoughts of Jeremy Estle, a board member with the League of Oklahomanss for Change in Alcohol Laws (LOCAL), about his group’s growth in recent weeks.

With the goal of promoting updates to the state’s liquor laws, which include a lack of high-point sales at the site of a brewery, LOCAL hosts Free The Taps 5 p.m. Monday at Roughtail Brewing Company, 1279 N. Air Depot Blvd., in Midwest City. The event will raise money and educate attendees about current liquor laws.