Oklahoma City Council received an update on the planned streetcar maintenance facility to be built south of downtown at Seventh Street and Hudson Avenue, directly west of the old Union Station currently used by the city’s transit department.

The maintenance facility will allow work to be done on streetcars, including painting and fiberglass fabrication and repair, said Robert Manley of Jacobs Engineering, the firm working with the city on the new downtown streetcar system.

However, wheel truing services, which work out flat spots in the steel wheels, will be outsourced, possibly to Dallas, Manley said.

The proposed downtown streetcar system, which is part of MAPS 3, is still a couple of years away.

The facility will be over 18,000 square feet, which makes it comparable in size to similar streetcar maintenance facilities in Kansas City, Missouri, and Tucson, Arizona.

Manley told the city council last week the new facility would be built with similar features as the old Union Station next door.

“We didn’t want just a big concrete box,” Manley said. “We thought there was an opportunity facing downtown where we could do a little more.”

The total cost of the facility is projected to be at $5.3 million, and construction is expected to start early next year.

The streetcar is just one of several MAPS 3 projects moving forward, and City Manager Jim Couch said he expects next year to be a milestone year for the sales tax-funded program.

“There is a lot going on in MAPS 3 right now,” Couch said. “We continue to build sidewalks, we opened the first trails a couple weeks ago, the park preliminary report will be coming to the oversight board early next month, the whitewater facility is well under construction ... and of course the convention center. 2016 is going to be a really big year for MAPS 3.” 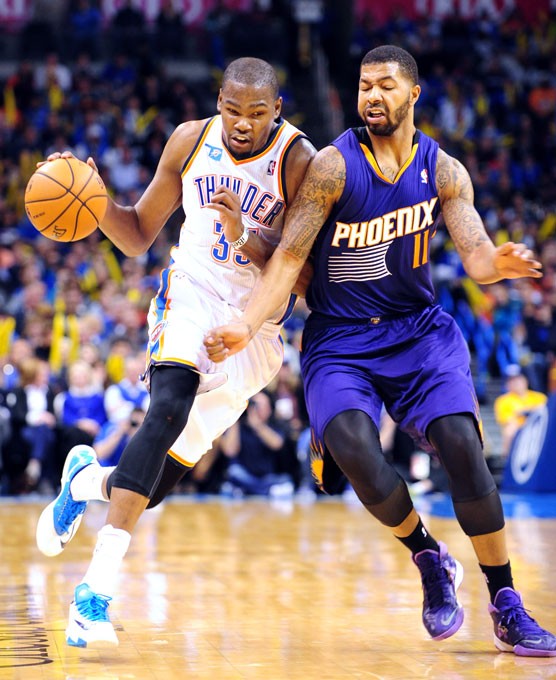 The program is called Build It and They Will Ball, and the first three new courts will be in Oklahoma City; Washington, D.C.; and Berlin, Germany. The renovations at the first three courts are expected to be complete by September.

“When I was young, playing basketball was one of the things that kept me out of trouble and kept me focused on my growth and maturity into the man I would eventually become,” Durant said in a media statement. “For that reason, I’ve always wanted to play a leadership role in communities and neighborhoods like the one I grew up in and give kids a chance to choose health, teamwork and basketball over some of the other negative influences they may face.”

EMBARK, Oklahoma City’s bus transit provider, will offer free rides this Friday in an effort to reduce emissions. On Friday, all EMBARK routes will be free to ride as part of Free Fare Fridays, which will take place each third Friday of the month through September.

“We are excited to support Capitol Hill as they continue to make great things happen in the backyard of our Fowler Dodge dealership. There are many efforts aligning in south Oklahoma City, and it’s both our pleasure and responsibility to contribute to the momentum.”

Those were the words of Jonathan Fowler, vice president of operations at Fowler Automotive. Fowler recently announced a new partnership with the Capitol Hill district that will promote the arts, culture and diversity in the south Oklahoma City neighborhood.

A ribbon cutting was held last week to mark the new partnership, and neighborhood leaders said they were excited about the opportunities it will present.

“On behalf of the board, I want to extend the warmest welcome to Fowler Dodge,” Randy Quiroga-King, chairman of the district, said in a statement.

14. That’s how many teachers from Puerto Rico arrived in Oklahoma City last week to begin working in the OKC school district. A district recruiting team traveled to Puerto Rico this past year to interview and hire bilingual teachers. District officials said private donations were offered to pay for the travel expenses.