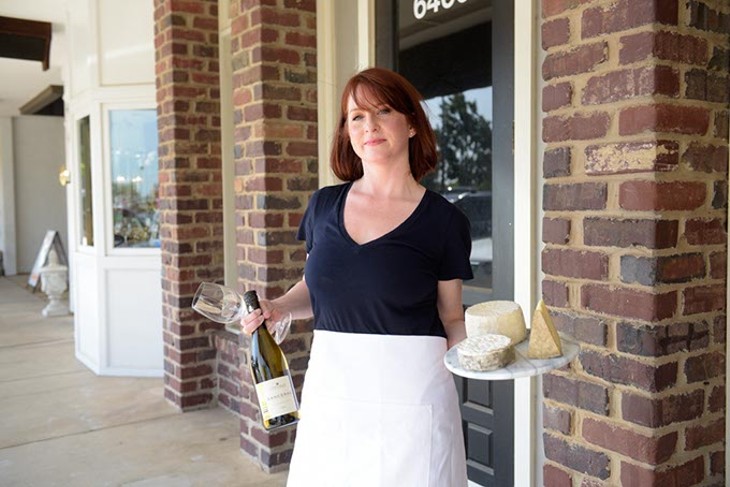 En Croute is a new, locally owned bar, restaurant and fromagerie, or cheese shop, for non-French speakers. It is also the brainchild of managing partners Crosby Dyke and Jonathon Stranger, with partners Tracey Zeeck, Robbie Haggard and Andrew Rice.

“En croute actually means to be baked in pastry,” Dyke said. “And that’s how we wanted it to feel, to just envelop you in warmth.”

En Croute is among the many new enterprises joining Nichols Hills Plaza this fall. The restaurant is located in the northwest corner of the plaza near Luxe Objects and Van Cleef Salon, and will open in mid-November, owners said.

Plaza general manager David Allsbrooks said he has seen a lot of growth in the two and a half years worked with the dining and retail center, and more businesses are opening this fall.

As general manager, Allsbrooks works with the leasing agents to help ensure new business are good fits for the plaza, factoring in the current businesses, available parking and the concept of bringing new energy into the community without straying too far from its close-knit feel.

“Not only is [En Croute] the only one of its kind, the placement on the northwest side of the Plaza is really important,” Allsbrooks said. “The idea is that having a restaurant open for breakfast, lunch, dinner and drinks will boost traffic in that area.” 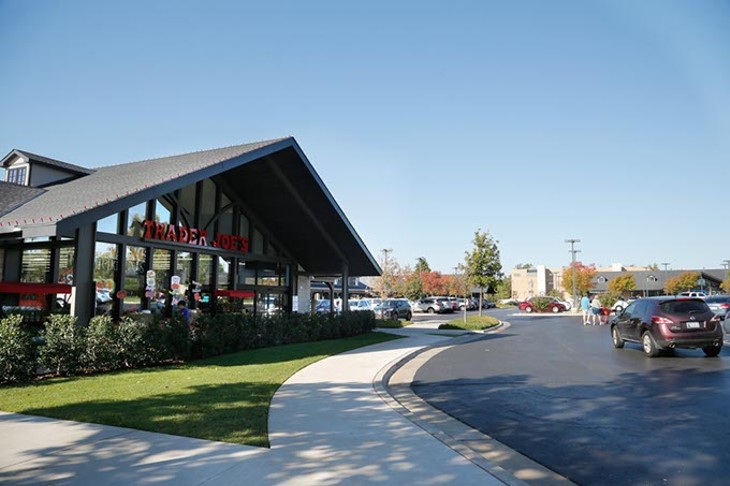 Dyke said of her new neighbors: “By not competing, but rather finding a place to complement all of the offerings, we end up part of this dynamic, comprehensive lifestyle center filled with things you can’t get just anywhere.”

Other new additions include the recently opened Trader Joe’s grocery store, a popular retail franchise in the northeast. It opened in late September.

“I have someone ask me about it at least five times a day,” Allsbrooks said. “It’s definitely a popular topic.”

Also in the way of retail will be accessory boutique Rustic Cuff, known for its popular bracelet designs. Lily Rain, a clothing and accessories store, also will be moving into the Plaza.

With neighboring Classen Curve also in the process of expansion, Nichols Hills Plaza wants to be more than just a retail-based hub.

SoulCycle, a major fitness franchise with locations in Brooklyn and Beverly Hills, will move into center, as will Pure Barre, a fitness studio with another location in Edmond.

These studios will be the first of their kind in the center, he said.

After Crescent Market closed in 2011, which had called Nichols Hills Plaza home since the 1940s, Allsbrooks said much of the center was left vacant.

The announcement of Trader Joe’s last year, however, heralded a sort of rebirth for the area.

“We’ve already met and become friends with everyone,” Dyke said. “I’m looking forward to watching [the Plaza] grow into even more of a destination for people who live outside this area.”

The space is made cozy with mint-green tile and a counter-height bar.

“We wanted to create an elevated but casual experience,” Dyke said. “A decadent environment with simple offerings.”

En Croute will offer a three-course dinner Thursdays-Saturdays, which includes a soup or salad, entrée and choice of dessert or cheese board. Dinners are selected by the chef and are offered until sold out.

Stranger said he is excited to be curating a new taste for Nichols Hills Plaza.

Echoing the simplicity of the food menu, the drinks offered focus on quality over quantity.

In addition to espresso, En Croute will offer an elegant bar.

“There are about five wines and beer,” Zeeck said. “And we’re focusing on liquor pours, not cocktails.”

As its name says, En Croute also is a cheese shop, curated by Dyke, who calls herself the venue’s cheesemonger.

“Like any ’80s or ’90s kid, I grew up on Velveeta,” Dyke said. “It wasn’t until I began working for (specialty grocer) Forward Foods that I became interested in real cheese.”

En Croute will offer cheese trays to go, as well as in-house boards and samplings of cheese and charcuterie.