An annual fundraiser honors Ralph Ellison’s legacy while highlighting the accomplishments of a foundation in his name. 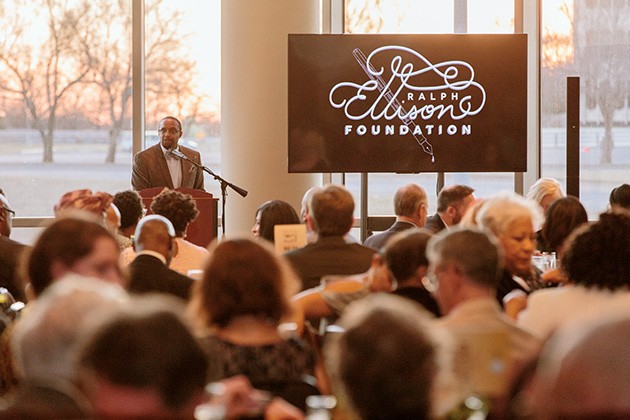 A Night with Ralph Ellison

Michael Owens created Ralph Ellison Foundation in 2014 after finding out there was no organization dedicated to Oklahoma Native Ellison’s legacy. Now, the foundation is preparing for its seventh annual gala celebration and fundraiser.

A Night with Ralph Ellison is 6-9 p.m. Feb. 29 at Oklahoma Historical Society, 800 Nazih Zuhdi Drive. Wine will be served with a three-course dinner along with music, spoken word and dance performances.

“It’s probably the most diverse gala in the city, and it’s a night we consider to be a night of movement — very similar to Ellison and Ellison’s writing,” Owens said. “Ellison wrote with such harmony and rhythm, so we felt that we wanted to create a fundraising event that incorporates the arts. So there’s jazz music, there’s dramatic dance, there’s poetry, reading from Ellison’s work and video that’s also interjected. Once the event starts, we keep it moving from one scene to another, engaging everyone that’s there.”

The foundation also presents the Shadow and Act Award at the gala to “a pioneer whose work exemplifies the values of Ralph Ellison’s legacy in our own time.” Last year, mayor David Holt received the award, but this year’s award honors someone on the national stage: Don Katz, CEO and founder of Audible, who credits his work in the field of audiobooks to being a student of Ellison.

“It’s been a year of growth for us and
all of our programming, so we’re excited
for what lies ahead.”
—Michael Owens tweet this

“He will be our keynote speaker for the event, and we’re looking forward to his speech. He had a very intimate relationship with Ellison, and he talks about how Mr. Ellison influenced him tremendously and Audible exists in part today because of that,” Owens said. “It speaks to Mr. Ellison’s relevancy, that he’s not just a historical figure. He has actually reached into the modern times not only through his words but through those he has inspired that are doing great works in his name.”

The purpose of the gala is also to highlight the foundation’s work in the community and look to the future. Owens said they have been able to expand and build upon the foundation’s existing programs, like its In the Light Bulb Room events, a series of forums on race and social issues, among other projects.

“We were also able to continue building upon the things that we had been doing,” Owens said. “For instance, the Flying Home Curriculum that we have based upon Ellison’s short stories. It was a grant we got from Oklahoma Humanities Council to write that curriculum, so we’ve been able to broaden the reach of that, not only for high school students, but we’ve also been able to create a teacher training platform that teachers can come and be trained on how to use the curriculum, how to integrate it into the classroom and so forth.”

The foundation also launched a mural project to help middle school students express their past, present and future while learning art skills.

“They get a chance to talk about that, and then they mural that. They learn drawing skills,” Owens said. “They mural that on an 18x24 canvas, which goes on a larger mural display which will be at the gala. … This is the first year that it’s been up and running, so we’re really excited to unveil that and share that with everyone. We know that our young kids are dealing with so many difficult things and a lot of times, there’s no area of expression for them.”

In looking ahead, the foundation and its board are committed to go full-time within the next year.

“We’re moving toward trying to get a full-time staff and a full-time director,” he said. “We were fortunate enough to receive a $25,000 operation grant from Kirkpatrick Family Fund, so we’re very excited about that. … We’ve galvanized enough interest that people understand the viability of the foundation and the work that’s being done in all of these different areas.” 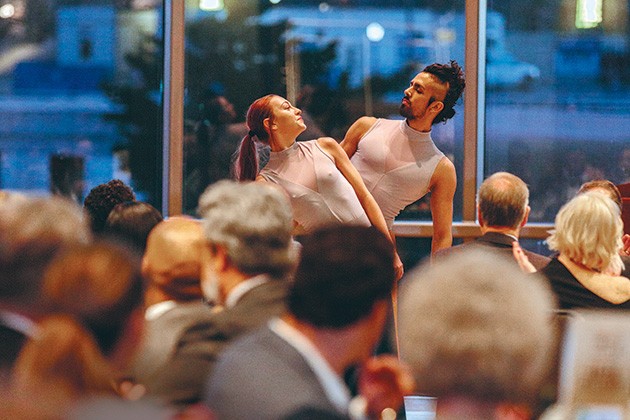 The foundation also formed a partnership with Plains Management Group to provide programming and events for the upcoming Ellison Hotel, which is set to open in 2021 at The Triangle at Classen Curve. Owens said they’re excited for the potential of the partnership.

“We were very instrumental in working with Plains Management Group, the developers, and that’s something we’ve been working on for about a year now,” Owens said. “It’s been a really great year. It’s been a year of growth for us and all of our programming, so we’re excited for what lies ahead.”

After seven years of work, Owens said people have become more familiar with Ellison but still have things to learn about his life and legacy.

“I still would say there’s a majority of Oklahomans that have no idea who he is. Ellison was kind of relegated to the academic community, so academics know about him,” Owens said. “Our goal has been to popularize Ellison.”

“People need to understand that Ellison was raised by a single mother. He lost his father when he was three years of age,” Owens said. “He had this sheer determination to achieve in his life to the point where he jumped trains to get to Tuskegee — a very dangerous and courageous thing to do. When he arrived there and he couldn’t go any further, he went to New York and he met Langston Hughes and Richard Wright and so forth.”

Often, Owens said, people simply think Ellison was someone who just happened to turn out to be a great writer without learning about his struggles.

“We’re talking about an individual that out of bleak circumstances rose to the top of the literary world. … He’s that single child that’s raised by a single parent in a household that didn’t have any money. They were in poverty, and he goes and wins the 1953 National Book Award. He goes on to write one of the greatest books of the 20th century. He goes on and gets the Presidential Medal of Freedom,” Owens said. “That’s what makes him unique and different because any kid that’s struggling can identify with him and say, ‘I too can achieve.’ … If you want to identify and model after anyone that has overcome, you need to look at Ellison.