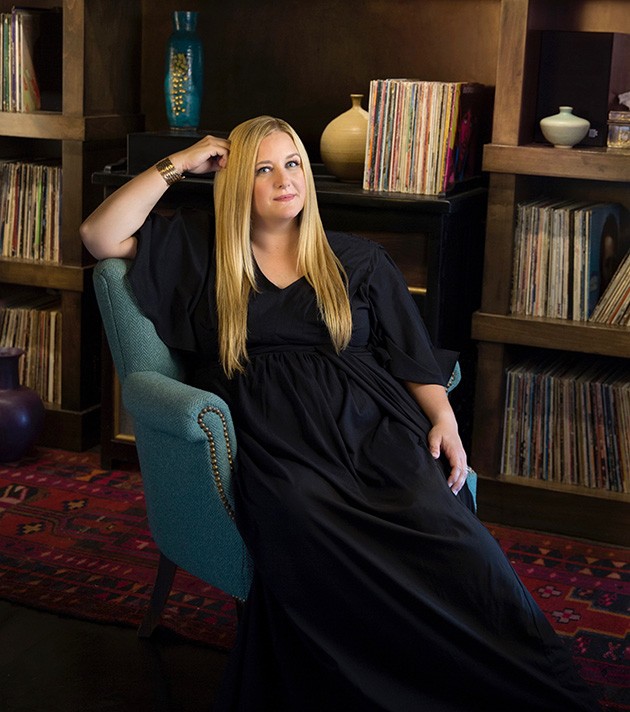 Before you even put K.C. Clifford’s new album into the CD player, it offers advice and encouragement.

“This one’s for me and for any of you who ever dared make the long walk home to yourself only to discover you’d been waiting there all along,” reads a liner note inside the CD case. “No more living small.”

“These songs are unapologetic in a way that my previous songs weren’t,” Clifford said of her seventh album, the first since 2012’s The Tag Hollow Sessions. “Since I became a mom, I have kind of been on a path of what I call my unbecoming. I’m really shedding a lot of layers and masks and ideas, constructs about who I am or who I was supposed to be in the eyes of other people. In some ways, it’s going to sound kind of woo-woo and emotional and whatever, but I’ve been on a path of walking home to myself. I spent a lot of my life defining myself by externals, by whether I was doing things right. I’m kind of compliant by nature. I was always kind of a goody-goody, kind of annoying that way, but I just kind of realized that no one gets to tell me who I am, and I went on a search to figure out who I was. Someone challenged me and said, ‘K.C., do you actually even know who you are? … I feel like every time I ask you a question, you answer one side and then you answer the other. What do you actually believe?’”

She began writing the album in 2014 after the birth of her daughter Beatrice in 2012 required Clifford and husband David Broyles (aka Dr. Pants, who played guitar in her touring band) to rethink their approach to their music careers.

“We took a tour when my daughter was about six or seven months old,” Clifford said. “I thought we’d be out there doing the thing, and she was not a road baby. She’s just not suited for it. It just doesn’t fit her temperament. … Kids love structure, and showtime is bedtime and you’re in a different place every night. The economics of touring at my level have not always afforded bringing a nanny, so then you’re talking about, ‘Am I leaving her with a stranger every night in a city?’ It was more than I bargained for, I think. Honestly, as a mom, I think there are some people who would kind of force that life on a kid, but I really think of my kids as these tiny humans who have a right to have their own opinion about their life, and it was kind of clear that Beatrice was not into it. I didn’t think we should force it on her.” 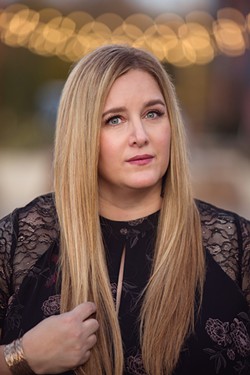 “I think motherhood broke me open,” Clifford said. “Motherhood is hard. It is really challenging. It will put your feet to the fire in all the ways. It’s no joke that you hear your parents through your own voice, and that’s all the best parts and all the hard parts, too, the parts that remind you, ‘Oh wait. I didn’t want to do it that way. I wanted to forge a different path than that.’ So those things challenged me, and it was in the question of whether I was a good mother or not and what it meant to be a good mother; those questions in therapy and discussions and my own seeking led me to examine myself in a whole different light that maybe was a favorable light for the first time.”

Her son Hollis was born in 2015. Clifford said she realized she would always make music even when her life was consumed by “diapers and trying to survive newborns.”

“When both kids were alive and well and born and moving into life and getting settled into routine, then it was like, ‘OK. I think it’s time to kind of reclaim who I am,’” Clifford said. “It’s really easy to get sucked into motherhood as an identity … but, for me, I had worked for decades before my kids to create a career, so it was important to get back to it. And I wanted them to see me get back to it.”

“I felt very compelled on this album to not mince words, to speak pretty plainly to some of the things that I felt passionately about.”
—K.C. Clifford tweet this

Daniel Walker, who plays piano and organ on the album, co-wrote eight of the album’s songs, marking the first time Clifford has substantially collaborated with someone else to write an album and her first album to be based around the piano instead of the guitar.

“Whereas before, I would have firmly put my records in Americana, Red Dirt, folk, this one is kind of piano pop,” Clifford said. “Everything was fresh and new. I was a musical theater kid, a total nerd. I sang opera, so being able to come out from behind the guitar and just stand at the edge of the keyboard with Dan and just open up my voice, something different happened. It kind of harkened back to something that I used to be, that was truly me, just being a singer. … Being able to free myself up really allowed me to focus on melody and focus on just my voice to really kind of unleash that in a way that I’ve been afraid to do before.”

“I felt very compelled on this album to not mince words, to speak pretty plainly to some of the things that I felt passionately about,” Clifford said. “We’re living in times when we cannot afford to mince words anymore. We need to be real straightforward about what we believe and what we stand for. If anything, this record has a bit of activism in it that was never in my previous work. … I’m unapologetic. I don’t actually need to ask anyone for permission to have my opinions and what I believe and put it out in the world. We’re living in a time when we need voices in the mix that are speaking against hate, that are speaking for inclusion. We need voices that are elevating the conversation but also that are hopefully bringing us together rather than pulling us further apart.”