Nonprofit wants you to recycle trash by making it art 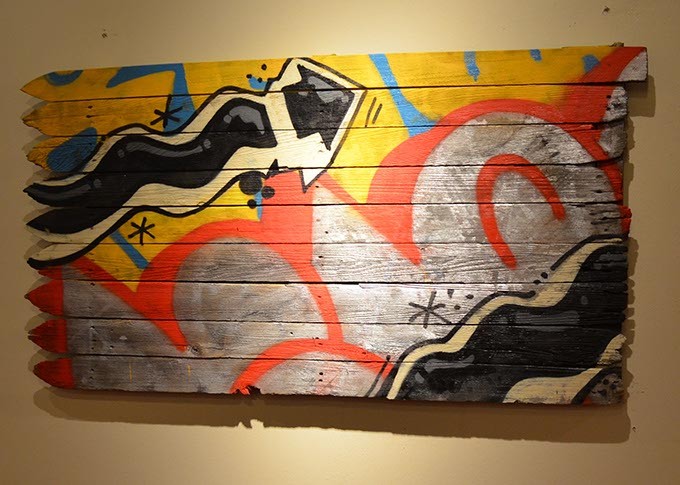 Instead of taking out your trash, OKC Beautiful wants you to decorate it.

The nonprofit — dedicated to environmental education and beautifying the metro — is taking submissions for its fourth annual Art in Recycled Trash (A.R.T.) Show until October 31. Depending on the size of the artwork selected, 30-50 submissions will be accepted. Works by chosen artists will be displayed at Oklahoma Shakespeare in the Park’s new headquarters, 2610 Paseo Drive, beginning on Dec. 5 as part of the Paseo Arts District’s First Friday Art Walk and running through Dec. 31.

America’s waste disposal habits are irresponsible, Synar said. Per capita, Americans receive 41 pounds of junk mail annually, 17 of which end up in landfills. Styrofoam, manufactured with the same polystyrene foam commonly used in housing insulation, accounts for 30 percent of disposed materials in landfills; it never decomposes.

“Oklahoma City has developed so much over the last few years,” Synar said. “We have a lot of brilliant young people from big cities relocating here, looking for recycling options.”

To encourage public awareness and participation, Synar said events like the A.R.T. Show were vital.

“The show gives us an opportunity to showcase established and up-and- coming artists, while making the community aware of their own habits regarding waste,” Earnest said.

In the show’s inaugural year, it displayed recycled art for only one weekend in conjunction with America Recycles Day Nov. 15 at Science Museum Oklahoma. The show garnered so much interest during its onset that it became a three-month display.

The fourth incarnation will be its first in the Historic Paseo Arts District.

A.R.T. Show has two submission categories: youth (kindergarten through 12th grade) and adult. In the past three years, the event has seen several projects completed by both primary and secondary school classes.

While the program’s primary goal is to educate students about environmental issues, an additional side effect might be involving more young people in a creative process. Stanford University, alongside the Carnegie Foundation for the Advancement of Teaching, found that young people who participated in the arts read for pleasure twice as often, were recognized for academic achievement four times as often, were three times more likely to receive an award for attendance and were four times more likely to participate in a science fair when compared to their peers.

Seventy-five percent of each submitted work of art must be crafted from recyclable material. Prior entries repurposed copper wire, galvanized steel, rope and excess fabric, amongst other items. A.R.T. guidelines and applications can be found at okcbeautiful.com.