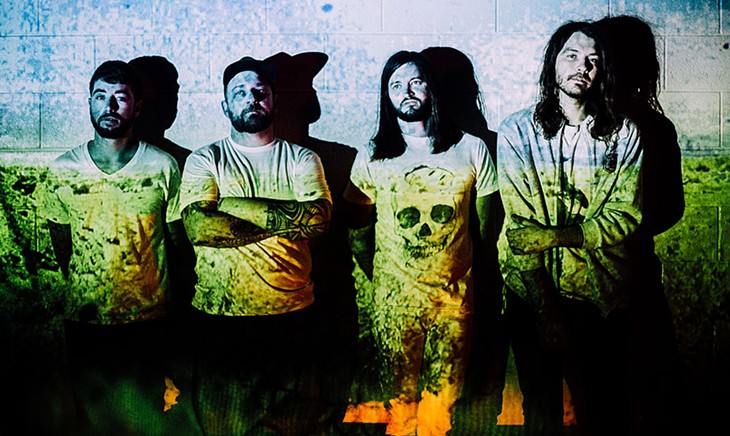 For Tim Gregory, a founding member of Norman garage rockers Helen Kelter Skelter (HKS), synesthesia was in the foreground of his mind as he wrote for Melter, the follow-up to the band’s self-titled 2016 release available for digital purchase Jan. 19. In that naturally occurring neurological phenomenon, color represents sound and vice versa in a kaleidoscopic album experience.

“It’s where something is not necessarily off, but your brain is just different from everybody else’s,” Gregory said.

The band performs a free Melter release show Jan. 12 at Opolis, 113 N. Crawford Ave., in Norman. Vinyl copies of the album will be for sale at the show.

Gregory wants fans to take from Melter what they will. An album’s meaning, he said, is in the mind of the listener.

Still, Gregory said he wrote a lot of the material on the album thinking about how the brain responds to certain things when it is tired or stressed.

“For me, I was super into that whole brain malfunction, brain disease,” he said, “things that make your brain kind of like, ‘What?’”

HKS more clearly defines their lo-fi, guitar-grooved psychedelia on Melter. The technical execution sounds improved over their solid self-titled debut, and the band stands with a firmer identity.

“We wanted to make our own sound,” he said. “We felt like the first album was pretty much us, but we feel like this one is definitely the sound we were going for all along.”

Gregory smelled gasoline when he pulled out of the driveway in his 1977 Volkswagen Microbus, the same vehicle his father had owned and driven before him. The guitarist figured he would check on the smell when he got to work, but as it turned out, he would never get the opportunity.

He was near the Norman intersection of E. Main Street and N. Peters Avenue when his vintage Volkswagen burst into flames. He quickly turned the vehicle into a side alley.

“I was like, ‘Oh shit! Damn it!’” he said. “I tried to put it out, and then after that, I think I grabbed some stuff maybe; I don’t know. I was just in shock because it’s like losing a best friend. I went to work and I couldn’t even do that. I was just like, ‘I got to go home.’”

The incident occurred near the Norman Transcript offices, and a large photo of his burning van was featured in the newspaper the next day.

Naturally, Gregory has several personal belongings in the van at the time. One of them was a recently developed set of photos from a trip to New Mexico in 2009.

He saved the photos from the fire, but the top three or four had melted. Gregory was left with several images that, while no longer depicting what he originally shot, were still unique and cool-looking bursts of tie-dye-esque color.

HKS already had a planned album cover for its sophomore release, but as Gregory began to show the pictures to friends and see their reactions to them, he decided it would be a better idea to use one of the photos as the primary art.

“It was like, ‘Well, let’s just use this,’” he said. “It was kind of the universe giving one back. That’s how I felt about it, anyway.”

The fire was not the end to Gregory’s VW van days. Against what were surely long odds, the guitarist found a van of the same year, model and custom job from a place in Santa Cruz, California, somewhere online, which he quickly purchased.

He also still owns what’s left of his burned-up van, using the old parts to piece together another vehicle he is rebuilding. 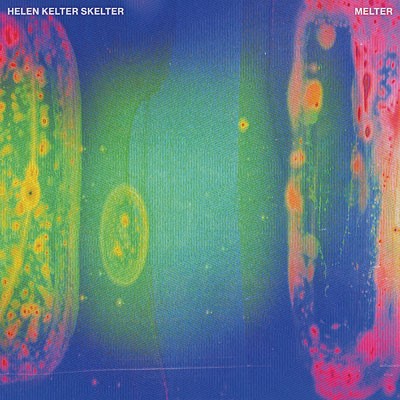 Melter was recorded partially in Gregory’s home studio and partially in Trent Bell’s Norman-based Bell Labs Recording Studio, where the album was also mixed. Though HKS’s first album featured pre-recorded drum triggers, all the drums on Melter were recorded live and in the moment.

Gregory said over time, the band has become good friends with Meade, who is sometimes called the “godfather of alt-rock.”

“Just to be on his team is a good idea,” Gregory said. “And he’ll come over and hang out and stuff. Eli (Wimmer) helped him out with some music he’s doing for a documentary.”

HKS had intended to release Melter before the end of 2017, but Gregory said a few delays meant it made more sense to put out the album at the front end of 2018. The band began working on the follow-up album almost immediately after it wrapped up its self-titled debut, and Gregory said he is eager to get a new project out into the world.

“It’s the hardest thing I’ve ever worked on, even more than school,” he said. “I’ve always thought of this stuff as like a graduate degree for me. I might not have a piece of paper, but I’ve definitely worked hard enough for that.”