Norman favorite syrup. opens in OKC to further expand its model of business for charity. 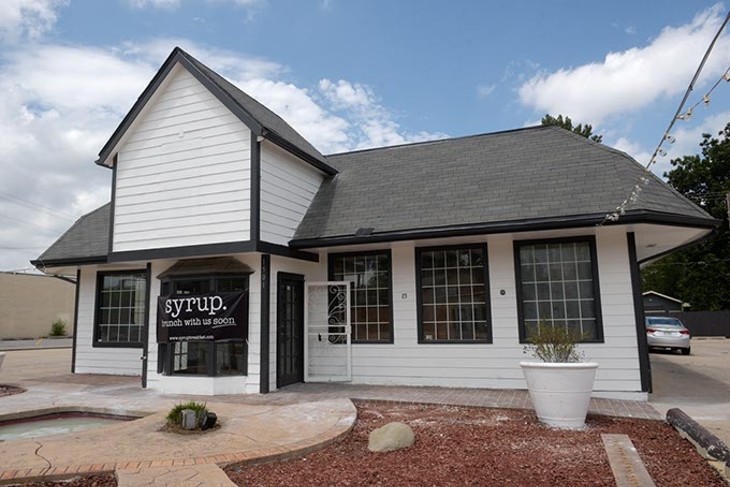 For pastors Ashley and Jason Kennedy, the path to helping the underprivileged in Oklahoma and around the world began with eating breakfast for dinner while in South Africa.

The Kennedys spent a summer in Cape Town while Jason Kennedy worked an internship with the South African Human Rights Commission before he finished law school at the University of Oklahoma.

As the couple stretched a tight budget, they experimented with different types of pancakes and waffles and wondered if opening a restaurant could be about more than making a profit.

The couple’s love of breakfast led them to open syrup. in downtown Norman in the fall of 2012. A new location opens Sept. 4 in Oklahoma City at 1501 NW 23nd St.

Syrup. serves what the owners refer to as “impact-based breakfast” because profits made by the business are funneled to projects in South Africa, where the Kennedys spent most of the year as missionaries with Antioch Community Church.

“We live in a setting [in Cape Town] where you can be among the world’s wealthiest to the poorest within a two-minute period,” Ashley Kennedy said by phone, as the couple is in Oklahoma, preparing for the new restaurant. “I have the ability because of syrup. to see a need and meet a need. We don’t want it to be a handout, but help people learn how to empower others.”

The Kennedys do not take a salary from the restaurant, instead living with support from the church and the generosity of others. Syrup. is a for-profit business, but at its core, it runs like a nonprofit. Proceeds go directly to needs in Cape Town and larger endeavors globally.

“There was a group of refugees that opened up a barbershop so that they can employ their friends and family, and it’s all because people eat pancakes in Oklahoma,” Kennedy said.

The Kennedys met randomly on a golf course in Albuquerque, New Mexico, when they were college students. Ashley went to Texas A&M and Jason went to Baylor. They’ve been married for 13 years and worked at a church in Norman for four years. They consider it “home” even though they spend much of their time across the globe.

“I love Jesus, and I think he loved and served everyone he encountered,” Kennedy said. “I think business should function just the same. Our mode just happens to be delicious pancakes.”

The Kennedys opened syrup. without any restaurant experience, and the menu was created by experimenting with favorites from their world travels. The Morning Glory, a waffle topped with scrambled eggs, cheddar cheese and your choice of either bacon or sausage, is a variation of a dish the couple ate a lot in Cape Town.

There are also references to their time in Portland, Oregon, but the majority of the menu is just plain fun. The Home Sweet Homa tops sweet potato pancakes with marshmallow glaze and pecans. There is a red velvet waffle, cinnamon roll pancakes and crunchy French toast, which dips challah bread into cornflakes before being grilled golden brown.

“I know what I like to eat, and that’s what we put on the menu,” Kennedy said.

Syrup’s food has been popular enough to help fund missionary work across the globe, and the new location will only double the owners’ ability to help.

“It’s not like we’re solving the world’s problems, but every little bit helps, and why not us? We want to help where we can,” Kennedy said. 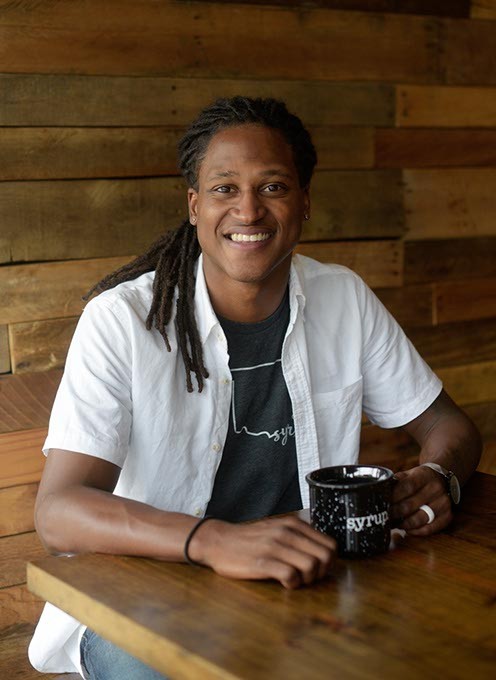 Former University of Oklahoma track member Malcolm Wankel will serve as the 23rd Street location’s general manager. The restaurant’s mission also serves as encouragement for the staff, he said, especially when they have to show up at 6 a.m. with a smile on their face.

“The mission is what has kept me here,” Wankel said, noting that syrup. donated $1,200 to CCFI last year. “To work for a company where you’re constantly giving back, there is a huge why factor — why do you do what you do? That was the why factor.”

Wankel and his wife Angelica, who will serve as assistant GM, have relocated to Oklahoma City from Norman.

“It’s close to [the Oklahoma City University] campus, and we’re going to have a huge melting pot of people,” Wankel said. “Oklahoma City, especially in that neighborhood, is going to be extremely beneficial for us and everyone else.”

Housed in the former La Catrina restaurant, Wankel said things are on track for the early September opening.

Kennedy said it might be in the business’ best interest to operate as a 501(c)(3) nonprofit because then they could take donations easier, but for now, they’re content to help the less fortunate through the pull of a good pancake.

“When people rally around one another, we’re better together,” Kennedy said. “This business model is great for reflecting on what things can look like when they’re done generously and not selfishly.”