by Louis Fowler and Kory B. Oslwald

Filmmaker Jeffry Palmer’s short film received accolades earlier this year as one of five winners in a Sundance Film Festival contest. Now, the movie is coming home for its Oklahoma premiere at this year’s deadCenter Film Festival.

The short film, Isabelle’s Garden, is an examination of poverty in Southeastern Oklahoma.

The short screens twice at deadCenter: 10 a.m. on June 13 and again at 12:15 p.m. June 14. Isabelle’s Garden follows a girl named Isabelle who lives in poverty. She shares her produce with people in her community. In return, they help her tend the garden. The movie fit in with the theme of the Sundance challenge, which focused on how people overcome challenges like extreme hunger and poverty in their communities.

Palmer, who is Native American and has a wife and family who is Choctaw, said it was an idea that hit close to home. 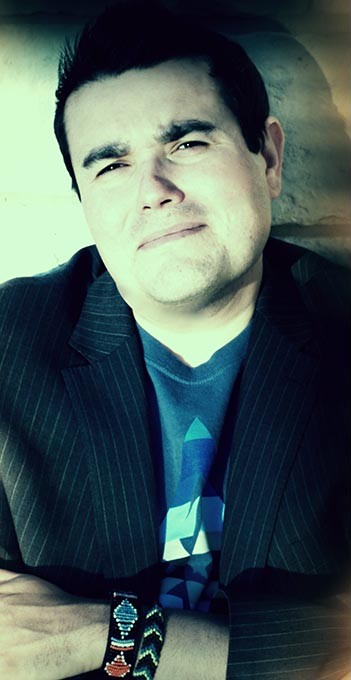 “Since we’ve been married, we’ve noticed there’s a lot of small Choctaw towns that are very poverty-ridden, and we wanted to emphasize that and use that as our storyline,” he said. “But it’s not just this sad examination of what poverty is; it’s what’s inspiring about poverty and pulling yourself out.”

“[After Sundance,] I just kind of allowed it to live its own life,” Palmer said. “I wake up some mornings and it will have Facebook likes or things going on from different people … and it just kind of motors along without me doing anything.”

Originally from Carnegie, Palmer became interested in storytelling as a bored undergraduate who wanted to do ethnographic filmmaking. This passion manifested itself in the late ’90s, when he started making shorts while earning his master’s degree in Native American Studies. After a stint in the University of Iowa’s film program, he said everything finally came together.

Now a documentary filmmaking professor at the University of Central Oklahoma, Palmer also recently completed a short about Geronimo’s grave in Fort Sill and is working on two collaborative projects with other Oklahomans: a feature-length documentary and a movie.

The full-length documentary is a collaboration with Native American filmmaker Sterlin Harjo about Kiowa rock guitarist Jesse Ed Davis, a legendary session-man during the ’70s who worked with just about every big name from The Beatles to Bob Dylan.

“He was from Norman, and it’s kind of a bizarre ascension for this guy that had a sub story that was very much Native … among all of these very white rock ’n’ rollers,” Palmer said. “What’s interesting about Jesse Ed Davis is that he was Kiowa and Creek, and I’m Kiowa and Sterlin is Creek. So, it just made sense.”

Perhaps the biggest thing to come out of Sundance, Palmer said, was the opportunity to give back to the community that helped him win the contest’s $10,000 cash prize.

“We donated the money immediately to the Chahta Foundation, a nonprofit Choctaw organization,” Palmer said. “We knew that it was going to go to a cause that deals with poverty. You’re doing a film about poverty and then someone hands you $10,000; I instantly wanted to have impact with that money, so we sent it down and now that money is going to a great cause helping the people we have in our film.”

Print headline: Sundance kid, A short film helps a filmmaker give back to the community.