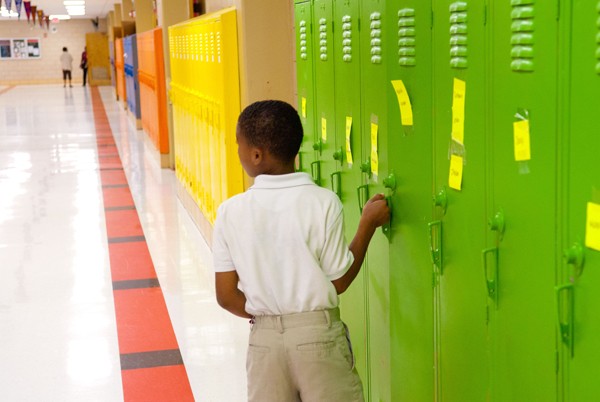 “Black students were flatlined as far back as I could see the data, which was eight to 10 years,” Veales said as she described the report presented at a spring 2010 board meeting.

Months earlier, when Veales campaigned for the District 5 seat, which represents the northeast section of Oklahoma City and Spencer, she focused on issues of school safety, increasing parental involvement in schools and improving relations between administrators and parents. Raising literacy and high school graduation rates also were priorities.

The data presented was disconcerting to Veales, who represents a large majority of the district’s black students. Veales recalled saying, “A chain is only as strong as its weakest link,” as she urged board members and district leaders to act in order to raise the achievement level for every single subgroup and, at the same time, close the achievement gap between white and minority students.

Over the last six years, District 5 schools have taken on more than their share of challenges. The schools are located in some of Oklahoma City’s poorest neighborhoods, and a high majority of its students qualify for free or reduced breakfasts and lunches. The elementary schools hold some of the district’s highest student mobility rates, which refers to the frequency of students leaving a school. A majority of the schools post fewer hours of parent and patron volunteerism than other district schools. School counselors split their time amongst the elementary schools to meet students’ needs since they lack a full-time counselor dedicated to their school.

“Here we are now in 2016,” Veales said. “We are moving close to 20 years with the same results in this district. That is alarming to me.”

Oklahoma City Public Schools (OKCPS) is pivoting in a new direction, mostly due to the impetus of Aurora Lora, who became the district superintendent in July. Often, Lora touches on her own experience graduating from a low-performing El Paso, Texas, high school when describing her perseverance to improve educational outcomes in schools deemed chronically failing. Before she was named to the superintendent post, Lora served two years as OKCPS’ associate superintendent, overseeing curriculum and monitoring student achievement.

At the July 18 board meeting, Lora first introduced the concept of the Northeast Task Force, a group instructed to closely evaluate the district’s implementation of The Great Commitment to benefit African-American students and provide constant and transparent communication to the northeast school community. Beginning next month, 20 selected individuals will begin meetings to examine 11 schools and study successful urban education models. Educators, parents, students, community leaders and partners will serve on the task force.

“This is a group that, over the course of September to December, will look at high-poverty and high-performing schools from across the country,” Lora said during the Greater Oklahoma City Chamber of Commerce’s annual State of Schools luncheon Aug. 17. “[The task force] will make recommendations about what they think it will take to improve our schools in northeast Oklahoma City, in terms of school structure and options, academic supports and wrap-around services.”

“It is a step in the right direction,” Veales said. “It is a step we should have taken a long time ago, but we can’t do anything about the past.” 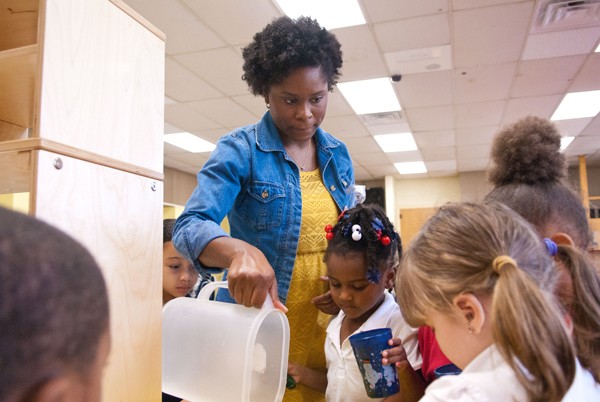 When school board members speak about the Northeast Task Force, there is a sense of urgency, even among those representing schools across town. Test scores coupled with racial disparities in school suspensions and lack of supports illustrate the district’s struggle to meet students’ needs, explained board member Carrie Coppernoll Jacobs.

“When you see a whole quadrant of the city failing, that’s not a problem with the children,” said Jacobs, who represents schools located in both northwest and southwest portions of the city. “That is a problem of adults. We have to fix it. When you look at test scores that are abysmal for a whole quadrant of town, that doesn’t mean that the children are incapable of learning. It means what we are providing is not working.”

For the 2014-15 school year, seven elementary schools in northeast Oklahoma City posted scores in math reading, social studies, science and writing below state averages, according to data from the Office of Educational Quality and Accountability. The state data shows a majority of students did not test proficiently on state tests for third-, fourth-, fifth- and sixth-graders. Martin Luther King Jr. students were furthest from the state average on the third-grade math exam. Only 5 percent of students were deemed proficient or above, compared to the state average of 71 percent.

At the high school level, 6 percent of Douglass students and 8 percent of Northeast students earned proficient or above scores on the End of Instruction biology exam.

“We didn’t come to this point overnight. It’s going to take a lot of work, dedication and sustainability in order to be successful. This is not a quick fix,” Veales said before stating advice to the future task force members. “You must have energy and the mindset to be open to what you think you know about education.”

Veales, who also serves on the National School Boards Association’s Council of Urban Boards of Education, believes the task force should look into nontraditional education models. Past one-size-fits-all approaches to education programs do not work uniformly across the whole district.

“We can’t dance around the issues,” Jacobs said. “My hope is that everyone who is part of the task force is ready to have courageous conversations — realistic and honest conversations about what the barriers are and how we remove them.”

Veales is hopeful the task force’s recommendations will provide the basis for a plan to direct resources to more equitably serve all students. She is tired of seeing disproportionate achievement gaps among minority students, a trend that, if it persists, does so to the detriment of the entire district.

“Until we can educate every child, we will continue to be at a deficit in Oklahoma City Public Schools,” she said. “That is the mindset we all must take. Until we look at it from a holistic perspective, we will never, as a district, be where we need to be.”