Tokyo Japanese Restaurant is one of Oklahoma City’s oldest sushi options, and it’s still delivering the hits with an expanding menu. 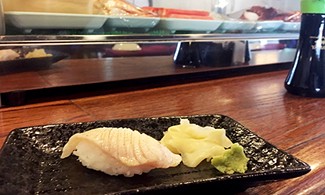 The tinge of nostalgia can taint memories for better and worse. Sometimes there is a place that will always be a favorite — no matter the menu or personnel changes — just because of a personal connection. In other cases, you’re left with only the husk of a memory in a familiar setting.

I didn’t grow up eating at Tokyo Japanese Restaurant when it was the only game in town for sushi. I grew up in Los Angeles, where sushi was ubiquitous and a staple of restaurant dining. I moved to Oklahoma City as glitzy sushi operations with restaurant group backing began flexing their muscles and serving quality sushi.

I’ve heard from a few people that Tokyo is the city’s best sushi restaurant, but I wasn’t sure if they were still wowed by the nostalgia of the fact the restaurant was first on the scene. After a recent visit, I can confidently say that it favorably compares to many of my favorite spots growing up in southern California.

Opened in 1987 and located in the white building that looks like a converted house at 7516 N. Western Ave., Tokyo is currently owned by Koji Omori, who took full control of the restaurant about seven years ago, according to his wife Asuka, who manages the restaurant. Her mother Shoko works in the kitchen on the restaurant’s many offerings.

“We make everything from scratch,” Asuka Omori said. “My mom gives us a lot of ideas of how to make things better.”

There is a small bar at the sushi counter with daily specials plastered on the wall behind it. Omori’s current favorite cut of fish is sable, which arrives fresh every Tuesday, Wednesday and occasionally on Thursdays. The sable can be eaten as nigiri on a bed of rice where it gets a quick touch from a blowtorch by sushi chef Taku Mori, who replaced longtime sushi chef Akihiro Ishimaru about two years ago.

“I can eat sushi every day,” Omori said between laughs. “Sometimes I’ll eat it twice a day.”

Omori, who is from Nara, Japan, moved to Oklahoma to attend University of Central Oklahoma and met Koji there. She keeps watch for the highest quality fish from markets in New York, Los Angeles, Scotland and Houston, and some fish — like the high-quality Ora king salmon — comes from Oklahoma City’s Super Cao Nguyen market.

She said Tokyo sells a majority of its sushi as nigiri, which is a testament to its commitment to providing an approximation of Japanese authenticity. Cut rolls are somewhat of a byproduct of Americanized sushi, where lower-quality fish can be masked under a bevy of spicy or sweet sauces. 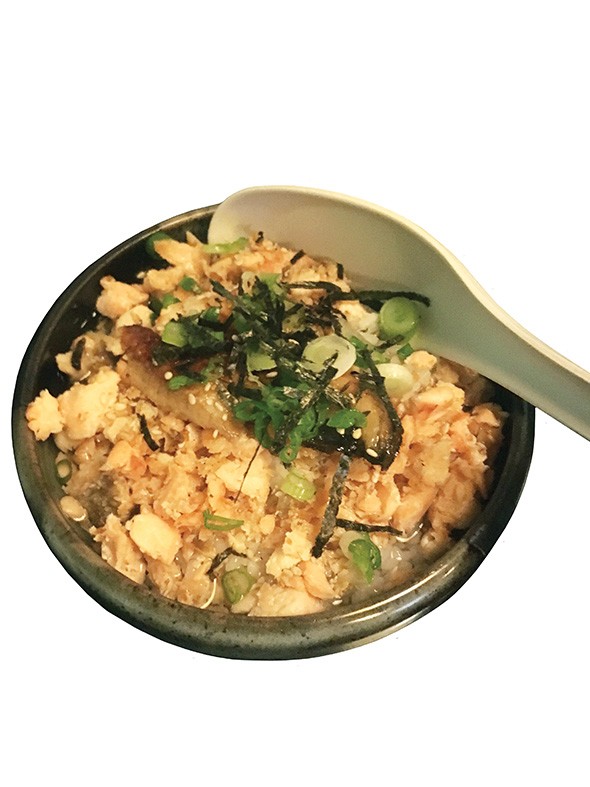 “We keep adding new menu items,” she said. “Some of the dishes are Americanized a little bit; the portions are obviously Americanized because they’re really big. In Japan, even the water is served in a smaller glass. People eat smaller portions and try a little bit of everything.”

The portion of Tokyo’s menu devoted to sushi dwarfs in comparison to its other offerings from the kitchen. It has donburi (protein over rice), grilled fish, katsu (fried pork or chicken cutlets), tempura-fried seafood and vegetables and a variety of teriyaki and noodle stir-fries and soups.

Omori noted that ramen has gained popularity among their guests with the addition of standalone ramen shops to the OKC market. As much as I love ramen with its rich, meat-based broth, I generally steer toward udon because I’m a fan of the thicker noodle.

On a recent visit, I went on a Tuesday because I wanted to try fish at its peak freshness. I got an item from Toyko’s happy hour menu, which has plenty of small plates catered to the after-work crowd meant to be enjoyed as a small bite with a cold beer or sake.

I got the ochazuke ($4.95), which is a bed of rice topped with cooked salmon, eel and seaweed that is traditionally finished by pouring hot water or tea over the dish. I thought the broth was a little lacking — especially compared to what was coming in the meal — but it was a good starter with a mixture of salmon and eel.

I ordered the nabeyaki udon ($12.20) as my entrée and was not disappointed. The broth had notes of soy, mirin and mushroom stock. It hit every sweet and savory note that I wanted. The dish also included chicken, fish cakes, poached egg, carrots, shiitake mushrooms topped with a tempura-fried shrimp. I liked how bits of the tempura batter fell into the soup and gave it a nice texture contrast long after the shrimp was eaten.

My favorite piece of sushi was the sable nigiri, per Omori’s recommendation. The rice had a great texture and plenty of vinegar notes. I tried a few rolls as well — tuna, salmon and yellowtail — and was very pleased with the quality. I got the Miami Vice roll because it was one of the few that didn’t have spicy mayonnaise or another sauce topping, and it delivered.

I was very pleased with Tokyo Japanese Restaurant and can see that it has been OKC’s longest-operational sushi destination for a reason.

“We love serving the food to the community,” Omori said. “We have a lot of elder Japanese people who came [to the U.S.] at a young age, and they miss the Japanese food environment. I’m so glad we can serve them. All of our customers are like our family. Families grow up and bring their kids and grandkids. They feel part of our family. We try to give Japanese service so that people feel better after a long day and they have somewhere to go eat.”

What works:The sable nigiri is a standout, and the udon broth is equal parts sweet and savory.

What needs work:The broth in ochazuke didn’t add much flavor.