Not a protest but a celebration

Juneteenth has always been a family holiday for Jabee Williams, but this year it’s a holiday for all of northeast Oklahoma City.

“It’s something that my parents would tell us about as a kid growing up, and we always celebrated Juneteenth. A lot of my family is from Texas,” Williams said.

Juneteenth, a combination of the words June and nineteenth, is celebrated to commemorate the anniversary of the end of slavery in Texas. While slavery had officially ended in the United States two years earlier, news reached the state on June 19, 1865.

“That is our Jubilee, our day of freedom and it’s just as important as the Fourth of July,” Williams said.

Williams is using his recently-established nonprofit, With Love, to orchestrate the event, which includes several stages of live performances and educational sessions, as well as usual festival fare. The main event will be hosted on NE 23rd St. between N. Kelham Ave. and  N. Hood St. from 3 p.m. to 9 p.m. on Juneteenth. There will be a cookout and film screening starting at 6 p.m. on June 20.

The event will be hosted by George Lee AKA Conscious Lee, teacher, speaker and nationally-renowned debater who grew up in Texas and now resides in the metro.

Headlining the festival is Sa-Roc, who released her tenth record, The Sharecropper’s Daughter, last fall on legendary Minneapolis-based hip-hop label Rhymesayers. The new album is an homage to her father’s experience as a tobacco sharecropper. 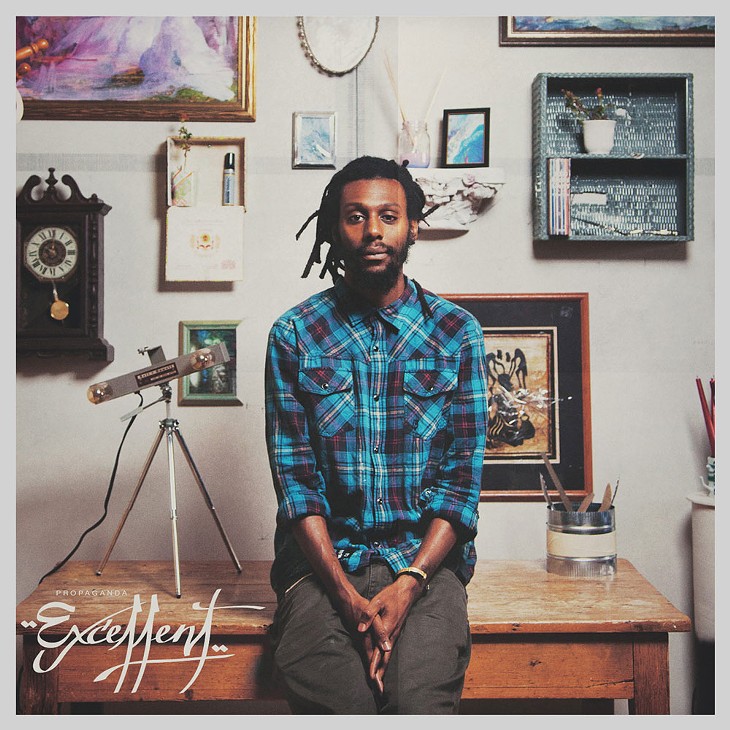 Los Angeles based poet, political activist, academic, and emcee Propaganda will also be in attendance.

“One thing we’re going to focus on, too, is the education component. ... When you think about what we’re seeing right now, with these bills being passed about education and about history, and race theory and things like that, the idea of the celebration of Juneteenth is something that ends up being taken out of schools, then we have the option to educate ourselves and one way to do that is to make sure that we celebrate it each year. Not only celebrate it, but provide education on what it is and why we celebrate it,” Williams said.

Juneteenth also shares a particular history with Oklahoma City, being the title of Oklahoma City native Ralph Ellison’s second novel. The posthumous novel, first published in 1999, was patched together from thousands of pages of notes. Nappy Roots Books will be reading passages from the book as well as from other selections during the festival.

The Oklahoma City Thunder book truck will also be there. African dance classes will be available for children on another stage during the festival and a number of black-owned food vendors will be serving meals throughout the day.

Williams’ nonprofit was originally named For the East Side With Love. This is its second event. The first was painting murals at the newly-opened grocery store, The Market at EastPoint.

“It’s just an honor to be able to do it and be able to kind of do something that isn’t about me, but it’s about our community and the rich history in our community, the history that we

have in our neighborhood on the east side,” Williams said.

Nappy Roots Books will be conducting live readings to children (and adults) during the festival. Reading selections include:

On Juneteenth by Annette Gordon-Reed. This sweeping story by a Pulitzer Prize-winning author tells of Juneteenth’s importance to American history. Gordon-Reed weaves together history, dramatic family chronicles, and searing episodes of memoir.

Juneteenth, A Children’s Story by Opal Lee (illustrated by Peter Viska) shares the history of the end of slavery and the jubilation experienced by people who tasted freedom for the first time.

On sale will be a selection of books for children and adults about iconic figures in African American history such as Sojourner Truth, Harriet Tubman, Frederick Douglass and others.