Chicken-Fried News: Nothing induces a craving for a waffle cone from Braum’s like reading the alleged antics of Dippin’ Dots “C.E.O” Stephen S. Fischer towards his ex-girlfriend. 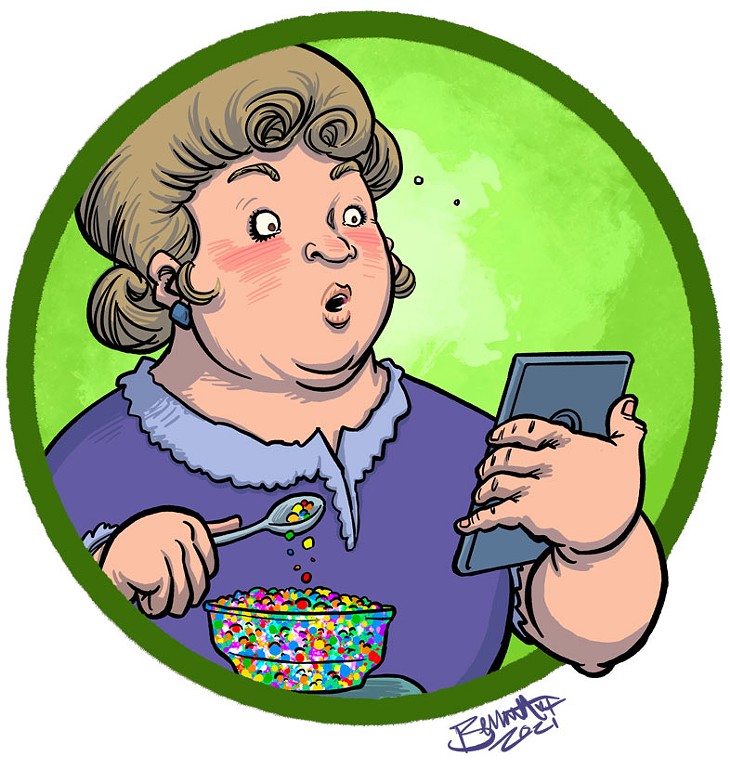 We put the title in quotation marks because it’s obvious from reading the civil petition filed against this silver-spooned fuckboi that he wouldn’t have made shift manager in one of his own ice cream shops without “an ownership group principally comprising his father” which “bought the company out of bankruptcy in and around 2012,” according to the petition against Fischer, filed June 10 in Oklahoma County District Court.

On a minor note and for what it’s worth, this landed on Chicken Fried News’ desk shortly after the petition was filed. Damn these two-week publication windows.

The court filing is particularly horrendous, claiming that not only had Fischer threatened on multiple occasions to send out sexually compromising photos of his ex, but on one occasion had actually done so. To her mother. There are also numerous references to the possible repoing of a dog as well as vague threats involving Dippin’ Dots corporate counsel. Yikes, yikes and yikes again. We see why Fischer’s attorneys tried (and failed) to seal the petition. Even if only a tenth of what is purported turns out to be true, Fischer seems like nothing if not a bouquet of red flags.

The problem with an attempted boycott of Dippin’ Dots in Oklahoma is that the product is mostly found frozen into congealed, waxy chunks stuffed into out-of-the-way freezers in dimly-lit convenience stores.

It turns out Dippin’ Dots isn’t the only loser Fischer’s daddy is bankrolling.