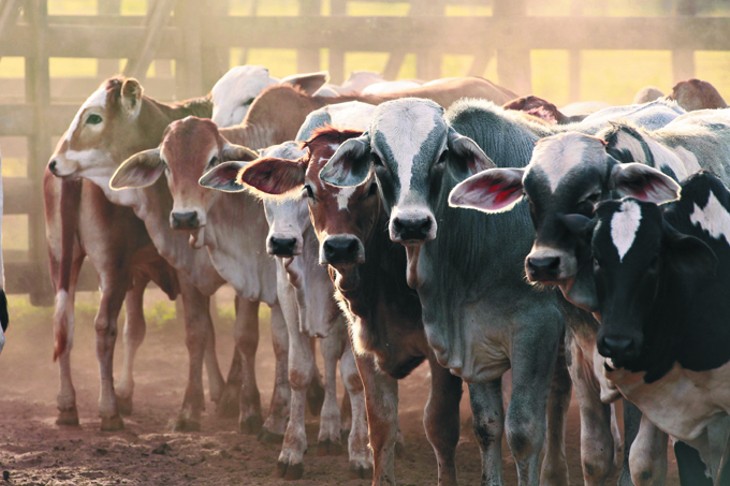 By farming the land her family has owned for over a century, Amanda Rosholt is living a legacy. As a child, she recalls her grandfather welcoming non-farmers and ranchers to the family’s grain operation outside of El Reno. As advocates for agriculture, Rosholt’s family often showcased its practices and livelihood to visitors interested in Oklahoma’s farming way of life.

Decades later, not much has changed.

Now married with two children, Rosholt continues to farm the land as generations before her. Like many Oklahoma farmers, she is closely monitoring the wheat crop and hoping for the perfect rainfall for a quality harvest in a few months. Every day, she and her husband work on the cow-calf operation they started a few years ago.

The tradition runs deeper than the ties to her Canadian County land. Rosholt serves as director of the Oklahoma Farming and Ranching Foundation, an organization committed to sharing the impact of agriculture in Oklahoma. Additionally, the foundation serves as a voice for farmers and ranchers and highlights the unique roll farming families play in Oklahoma.

Rosholt strives to protect the livelihoods of all Oklahoma farmers and ensure the legacy lives on for generations to come. This desire prompted her to support State Question 777.

“Agriculture is very much a part of our history and our heritage,” Rosholt told Oklahoma Gazette. “This is not about protecting my livelihood or my job; it’s about protecting Oklahoma’s legacy.”

The foundation joins a variety of agricultural organizations — Oklahoma Farm Bureau, American Farmers & Ranchers, Oklahoma Pork Council and Oklahoma Cattlemen’s Association — supporting SQ 777, which has become known as the Right to Farm by proponents and the Right to Harm by opponents.

Those against the measure, which include the Sierra Club, The Humane Society of the United States and Oklahoma Municipal League, anticipate harm to animal welfare, water quality and agriculture jobs if voters pass the amendment. Opponents argue the amendment erodes local and state leaders’ power to enact laws regulating agriculture. Save the Illinois River, along with Rep. Jason Dunnington, R-Oklahoma City, filed a lawsuit challenging the state question as “too vague to be enforced” and said it “unconstitutionally delegates policymaking choices.” 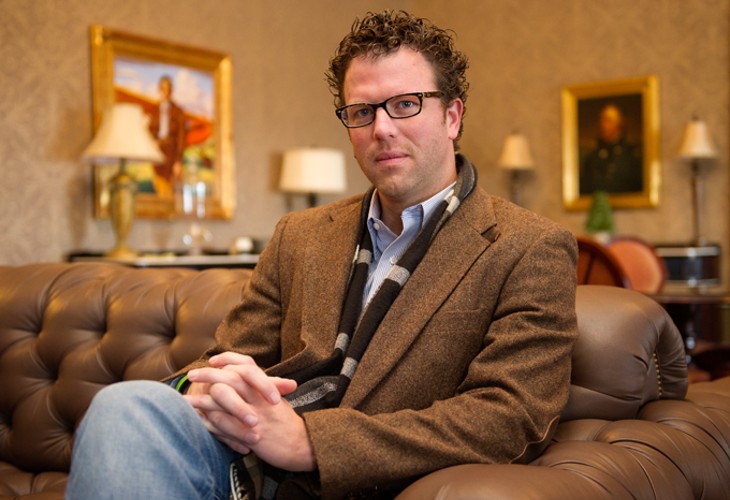 The state question comes before Oklahoma voters on the Nov. 8 ballot.

Seven months before polls open, SQ 777 is being heavily debated in community forums across the state. Opponents and proponents don’t agree on much but arrive at the same conclusion: The state question impacts all Oklahomans, and generations will feel it.

The measure was greeted with support from lawmakers as it moved through the legislative process in 2013 and 2014, but it died in conference. It wasn’t successful until it was reintroduced in 2015, months after Missouri voters approved a similar measure. House Joint Resolution 1012, which called for adding Section 38 to Article 2 of Oklahoma’s constitution, passed the House and Senate. The measure seeks to safeguard farming and ranching by prohibiting legislators from passing any laws to hinder the advancement of agriculture technology, livestock procedures and ranching practices, except in the case of a “compelling state interest.”

After review by Oklahoma Attorney General Scott Pruitt, the ballot language was rewritten because it was perceived the original text didn’t comply with state law. His additions explained the proposition’s effects and further defined “compelling state interest.”

In late June 2015, Gov. Mary Fallin certified the ballot language, provided by Pruitt, in an executive proclamation, adding the state question to the Nov. 8 ballot.

About three years ago, the Kirkpatrick Foundation — a well-known central Oklahoma philanthropic organization focused on arts, culture and civic projects — expanded its efforts to support animal well-being and environmental conservation. 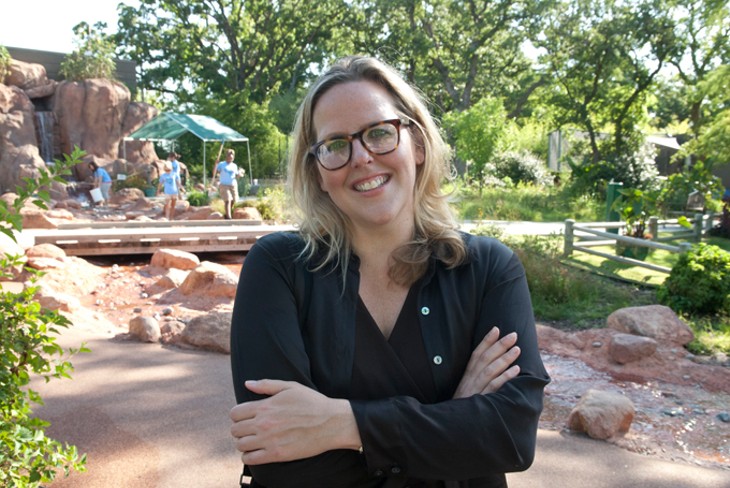 The foundation maintains the proposed amendment violates the foundation’s ethics of stewardship for animal welfare and the environment. Their analysis also concluded the amendment infringes on elected leaders’ right to govern and favors one industry —agriculture — over others.

The foundation’s analysis made it a leading educator on the impacts of SQ 777. Traveling across the state and participating in community forums, McCune and Brian Jones, the foundation’s education director, present the study’s findings.

“I think people have a myriad of concerns about environmental degradation and animal well-being set in retrograde. There would be no regulations, no laws made in the future about any of these areas,” McCune said. “That’s a big concern. Municipalities and counties could never make ordinances to handle concerns in communities under State Question 777 without it kicked into a courtroom.”

Concerns range from the proposed amendment’s influence on anti-puppy mill and cockfighting laws to water quality issues. The foundation believes passing the amendment will give preference to industrial factory farms, which are often owned by global corporations.

Jones, a licensed attorney, warns that Oklahoma is straying into uncharted territory, as its proposed constitutional amendment is unprecedented. Unlike related Missouri and North Dakota’s laws, Oklahoma lawmakers included the wording “compelling state interest,” which is the toughest standard known to law.

State constitutions provide protections of speech, press and religion. The state question asks Oklahomans to extend protections to ensure the right to farm or ranch.

“This is a very new idea, and it’s a new idea to present any industry with an opt-out, which is sort of what State Question 777 is — a way to opt out of regulations they feel are overly burdensome,” Jones said.

Rosholt argues that the future of agriculture rests with sustaining the family farm and ensuring farmers and ranchers can continue their way of life for centuries to come.

“We want to create an environment where young producers are encouraged to enter the market,” Rosholt said. “Additional or burdensome regulations do not encourage them to do so, and it makes it harder and harder for some to get involved in agriculture. We continue to see a rising age of the farmer. More pressures are placed on farmers and ranchers to produce more with fewer resources, less land and less water.”

“This amendment applies to Oklahoma residents,” Rosholt said. “It is Oklahomans deciding what is best for Oklahoma agriculture. It is not out-of-state interest groups using money to influence legislation. We are continuing to keep the voice local.”

The loss of local control under SQ 777 has some elected officials like Choctaw Mayor Randy Ross bothered. If the amendment passes, Ross believes his hands would be tied if constituents’ brought concerns like agricultural waste or pesticides flowing into Choctaw Creek.

With a statewide vote scheduled for this fall, debate will continue on the merits and demerits of State Question 777. Oklahoma voters ultimately decide the amendment’s fate — should farming and ranching have constitutional protections or not?

Print headline: Loaded question, State Question 777 is becoming a hotly discussed topic in communities across the state. What is the measure and why such passionate debate?