Madore is a U.S. Navy veteran who trained in kitchens in Florida and Pennsylvania before returning to Oklahoma and joining Platt College’s culinary arts program.

In 2010, Madore became nighttime sauté cook at Picasso Cafe and quickly moved up the ranks to become executive chef in February 2011. Tickets are $50 ($60 with wine pairings) and can be purchased at francistuttle.edu/district21.

Beer bash The party will be hearty on Saturday as Midwest City-based Roughtail Brewing Co. celebrates its second birthday with food trucks, live music and, of course, beer.

It runs 6-10 p.m. on the brewery grounds, 1279 N. Air Depot Blvd., in Midwest City and features music from Attica State and concessions from MOB Grill and Frank’s Wurst. The event’s main draw, however, is a selection of 10 beers — some of which won’t be available again.

General admission tickets are $10 ($5 for designated drivers) and come with four drink tickets, each good for one 6 oz. beverage. Roughtail will pour its signature IPA, 12th Round, Hoptometrist and Polar Night brews and its limited release 2nd Anniversary Ale. Nonalcoholic drinks will also be available, but the event is for ages 21 and older. 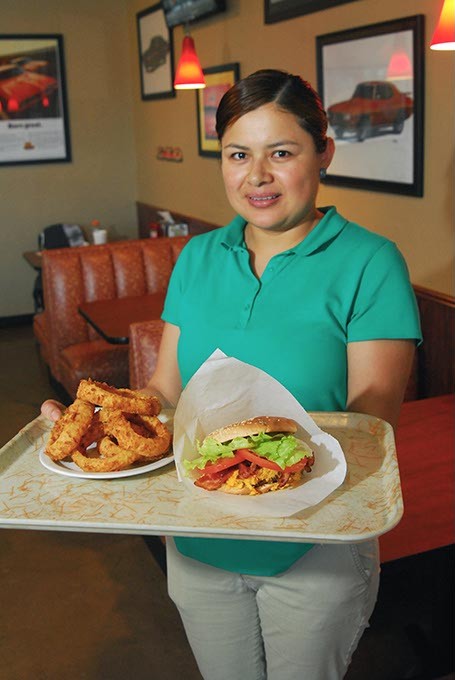 The event features food from more than 20 area restaurants — including Judge’s Char-Grill and Chequers Restaurant & Pub — entertainment, a silent auction and a wine pull. Tickets are $20 in advance or $25 at the door. Learn more at tasteofmidwestcity.com.

Krystal Russell wants more people to learn about and try what small Oklahoma businesses have to offer. Her company, Okie Goodies Box, delivers a monthly sampler of locally made foods.

Each month’s package is themed and filled with snacks, condiments and sweets.