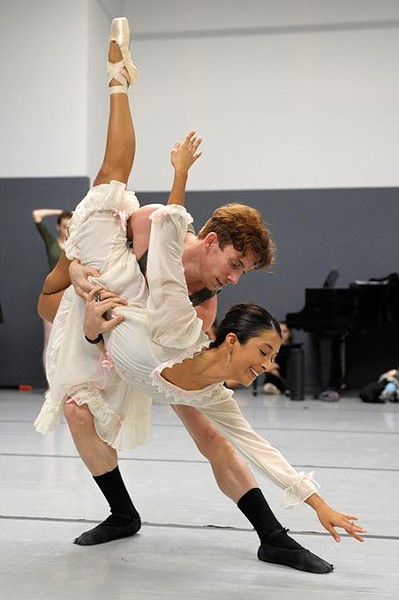 The 2014 Oklahoma City Ballet production of The Nutcracker has been germinating in artistic director Robert Mills’ mind since he took over the position in 2008.

But his ideas about the ballet go back even further than that.

“I’ve been doing The Nutcracker, not only as a choreographer but also as a dancer, my entire life,” he said.

Over the years, Mills built up a checklist of what does and doesn’t work and filed it away, noting small pieces here and there until he finally got approval to make sweeping changes to the entire production.

That new production is exactly what you are going to see in this year’s version of The Nutcracker.

Even if watching The Nutcracker each year is a family tradition, Mills promised that this year’s show is like nothing you’ve experienced before. Everything you see on the stage is new, including every set piece and every costume.

There is not new choreography, but that’s probably the only thing that remains the same.

“It’s been brewing since I took over,” Mills said. “I took over a ballet company that had an existing production, and we love to do it, we sell out almost every year, but in 2008, it was almost like [I was] a square peg in a round hole.”

Bit by bit, his vision took shape, Mills also had the final word as far as creative control, though it was a collaborative effort.

“I have been thinking about what I could do differently and trying to really make this production what it could be,” Mills said.

“Working with Susie [Hubbs] has been a blast.  It was years in the making,” Mills said. 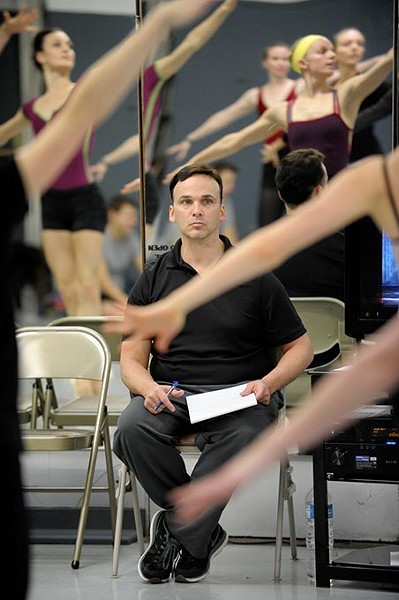 Mills recently walked through the process of creating an entirely new Nutcracker.

“The first thing you want to do is dictate the time period, because this will dictate the way they are dressed, especially at the beginning,” Mills said.

“Fashion changed pretty drastically for women, especially during the 1800s,” he said.

This was critical to her bringing Mills’ creation to life, primarily because most of the first act takes place in a real-world setting.

“You have to keep in mind that the ballet was first performed in 1892, so I didn’t want to stray too far from that time period,” Mills said.

Mills decided on the 1850s, close enough to the original production date, but with some creative flexibility.

Mills also wanted to be honest about the production’s characters, including the family’s name, Stahlbaum, which suggests German heritage

The first act, set in Germany, includes guests arriving to the party and young Clara getting ready, is where the audience will first notice changes.

“I had the most opportunity to bring in a lot of three-dimensional set pieces, the party in the grand parlor, Clara’s bedroom. All of those things I got to delve into a lot more elaborately,” Mills said. “You’ll see a lot less two-dimensional painted flats.”

The second act takes place in a fantasy and therefore placed few limits on the creative processes of Mills, Hubbs and Crane.

Hubbs and Mills have worked together for years, both before and after joining OKC Ballet.

She said she also understands how to balance comfort and style because she has danced since she was 16 years old.

She not only designs costumes for ballet, but she does so for figure skaters and synchronized swimmers as well.

“I say, ‘If it moves to music and it sparkles, I will sew it,’” she said. She knows what works onstage.

“He wanted it [the second act] to look like a German village with a toy shop and a candy factory,” Hubbs said. “We decided each of the dances would have the influence of toys-versus-sweets. It has been a constant conversation between the three of us.”

Hubbs worked on the costumes for the show for approximately a year.

During her interview with Oklahoma Gazette, Hubbs was in the final hours of making sure each costume was just right before the show’s debut.

One thing she said she is especially proud of regarding the design of this show is its respect for the tradition of the production. She’s also proud that Mills’ vision moves beyond the notion that there is one way The Nutcracker can be done.

“I have to say, out of the 115 or more costumes for this production, there isn’t a tutu in the group,” she said.

With all of it prepared to go, Mills is like a kid in the Kingdom of Sweets, watching his dream come true.

It has taken eight years of work, and he’s proud of what the company has done. The ballet company also received a generous grant from Devon Energy Corporation to help fund the production that Mills believes this city deserves.

“At the beginning of each performance, I am going to come out and personally thank people for their support,” Mills said. “We nearly sell out every year, but this year, we are really showing what we can do. It’s extremely gratifying to me.”