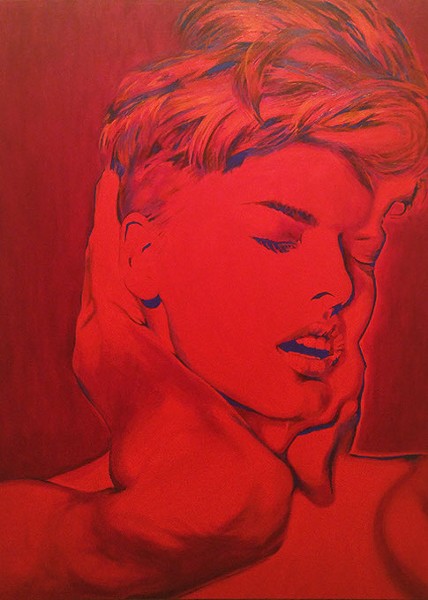 Nearly 6,000 Oklahomans currently live with HIV and AIDS, and more than 300 new cases are diagnosed each year. That’s an alarming statistic for a disease that has occupied far fewer headlines in recent years.

Advances in treatment options mean those infected with HIV and AIDS can now live a longer, healthier life. But medications are costly and must be taken for a lifetime. Bringing renewed awareness to the disease is one of the main goals behind World AIDS Day.

Dec. 1, World AIDS Day is commemorated around the globe and includes events in Oklahoma City.

“World AIDS Day was created as the first-ever global health day on Dec. 1, 1988, at the height of the AIDS crisis,” said Cher Golding, OACF executive director. “It is an opportunity for people to honor those who have passed away from the disease, to show support for those living with the disease and to unite in the fight against HIV and AIDS and its stigma.”

This is the first year the HIV and AIDS community-based organizations in Oklahoma are coming together, Golding said. They hope to remind the public and elected officials that HIV has not gone away.

Golding said a simple red ribbon has come to be known as the worldwide image for HIV and AIDS and is the theme of the World AIDS Day exhibit.

“Red is bold and visible, symbolizing passion, heart and love,” she said. “So we came up with the idea to host an art exhibition featuring artwork focusing on the color red or featuring HIV and AIDS themes. Our goal is to promote conversations and share visual stories about individuals living with or the prevention of HIV and AIDS.”

The organization will not take a commission on any art sales, Golding said, and it instead encourages participating artists to make a donation to OACF.

“We will have a wide variety of art at the show,” Golding said. “Some of the artists are just establishing themselves while others are prominent Oklahoma artists.”

Currently, 13 local artists are participating. One of the artists, Ronna Purnell, is one of only a few African-American female artists to be featured at the Oklahoma State Capitol. Purnell uses a stippling technique with radiograph pens and black or white ink on Bristol paper to create portraits.

Saumo Puapuaga, another featured artist, recently relocated to Oklahoma City from Hawaii. He was raised in a large household with six siblings, and his paintings reflect the joy, heartache, and plainness of relationships, Golding said. Puapuaga’s work emphasizes depth with vivid colors.

Stephen Teafatiller, or “Trouble Ogre,” is transitioning from black-and-white sketches to tossing acrylic paint on a canvas. His abstracts layer color upon color, while his comic art and sketches come to life on the page.

“We are excited to see how all of the participating artists interpret our theme,” Golding said, “and how their art creates a dialogue of awareness, compassion and hope.”

OACF is primarily known for the prestigious Red Tie Night event held traditionally on the first Saturday in March. Since the passing of co-founder Jackie Cooper, OACF has worked to rebrand itself, branching out to host other events throughout the year.

“Jackie was an incredible HIV and AIDS advocate and fundraiser,” Golding said. “It has been a challenge these last few years in his absence. We knew we needed to reorganize in order to continue to meet the need and share our cause with new audiences and community leaders.”