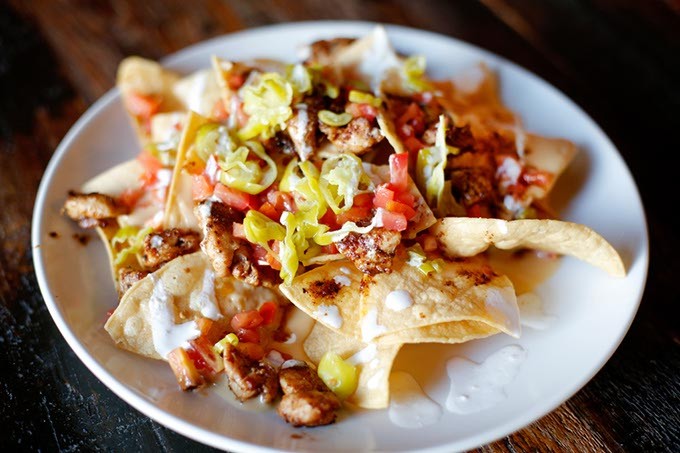 Time is on your side, restaurants.

In the days after (and sometimes before) a restaurant opens, I get many questions about the quality of the food and “if it’s worth the wait.”

Allow me to share a secret with you. It is a rare occurrence indeed when a restaurant comes into this city fully formed. The lucky ones experience a few hiccups during the first few months that are ironed out. The unlucky ones close.

Bad buzz can be fatal. This is why Oklahoma Gazette waits at least six months to review new restaurants. Sometimes, they come and go in that short span. Sometimes, problems arise that change the entire nature of the business.

Sometimes, an eatery just needs a chance to figure things out. And thus, we arrive at this week’s review of Oak & Ore, 1732 NW 16th St.

There was no shortage of buzz surrounding the opening of Plaza District’s craft beer mecca, though much of it centered on its wide variety of small-batch beers, expertly served by bartenders. And if Oak & Ore was simply a bar, that would be enough.

But the owners promised “craft beer, craft fare.” A sampling of its initial menu of knife-and-fork sandwiches was good. Service was a bit spotty. And the buzz waned.

So, they fixed things. Or at least they started to fix them. Because the food I had most recently at Oak & Ore was tasty and holds promise for being great.

The chicken nachos ($10) are a major improvement over the earlier iteration, if for no other reason than they switched to a tortilla chip from a mélange of plantain, taro root and potato chips. The chips are light and crisp but hold their own against a drizzle of beer cheese, chicken and pepperoncini.

They are not your typical Mexican restaurant nachos (of which I am quite fond) but provide a fun and satisfying twist on the norm.

Also on the menu is a trio of street tacos ($8.50) that have a great smoky flavor but are lacking in heft. The beer-braised pork is delicious, but I want there to be more of it. The sauces have nice heat, and the salsa brings freshness. Maybe even stack those corn tortillas two deep. That’s the taqueria way, anyway.

The shrimp and grits ($14) were cooked well. The shrimp had a snap and a nice crust of seasoning seared on. The grits were a bit creamier than I prefer, but that is fine. The sweetness, however, didn’t suit my palate.

I know most people don’t like grits from the get-go, but for those of us who do, there are two camps: sweet or savory. I like mine buttered, salted and peppered, maybe even with a hint of chili powder, and with a nice mix of cheese.

These were sweet. And that’s fine. It’s just not my taste.

What really clicked for me was the Korean BBQ ($13) with top sirloin marinated like bulgogi served over a mountain of smoked fried rice with a healthy dollop of kimchi on it. Here’s a winner.

The rice was light, and the smokiness added a different dimension to the flavor. The beef was cooked through but retained its juicy sweetness. The kimchi is a flavor bomb and one I recommend. It sounds like it should be heavy, but it wasn’t. It was satisfying.

It would be a folly to ignore one of Oak & Ore’s main draws: draft beer. The selection varies wildly and changes often, giving everyone something to enjoy.

And if the menu updates continue on the same trajectory, it won’t be long until the new craft fare is as highly praised and sought after as the craft beer.

What needs work: Sweet grits just are not my cup of sweet tea.

Tip: Ignore the ABV next to each beer on the board at your peril.