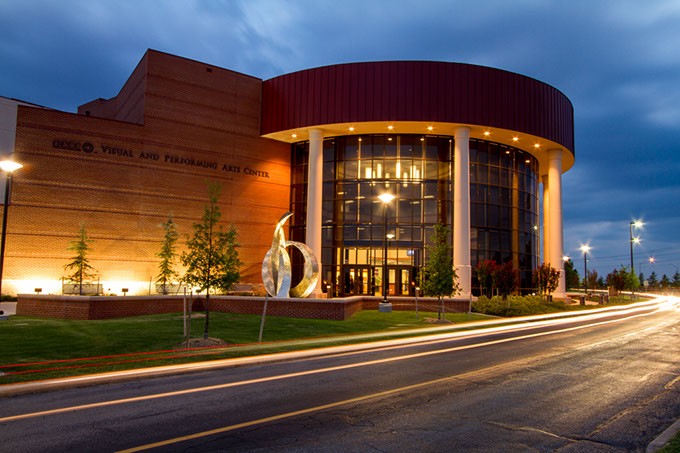 Romance, scandal and betrayal make for fascinating themes to watch, especially when A-list actors perform them.

“Our National Theatre Live program at OCCC provides audiences with a prestigious theatrical experience,” Lemuel Bardeguez, OCCC’s director of cultural programs, told Oklahoma Gazette. “The stage settings and high-definition cameras put you right in the performance, and watching a play from many angles creates a unique perspective of the story.”

With as many secrets each character in Dangereuses holds, audiences will certainly want a variety of shots to get the whole story. Viewing a live performance from the college’s large screen also presents an exceptional opportunity to get up close and personal with high-profile actors.

“The star power draws people in, but they stay intrigued by the high quality of the storytelling and innovative set design,” Bardeguez said. “We’ve shown Benedict Cumberbatch in Frankenstein, the well-known story War Horse and several other stage productions. It’s an accessible way to watch theater.”

Bardeguez said each show’s Sunday airdate also encourages those involved in theater to watch it rather than perform it.

“Most of our performance students are theater actors in the community rehearse on the weekends,” he said. “Sunday night showings allow for more of our own students to see these high-quality plays, and [it] therefore helps them improve their own craft.”

Especially in performing arts, education happens through stage experience and observation. With a variety of performances on schedule to play during OCCC’s school year, students and the community alike can sharpen their critical skills.

“We pick professional plays that will be both interesting and challenging to audiences,” Bardeguez said. “Some are contemporary, and some are revivals of classics, but all of them hold the ability to make audiences think critically about their complicated ideas and themes.”

Dangereuses reveals the fragility of human relationships when tested with aristocratic hubris. As every good literature teacher knows, if it’s about sex, it’s not really about sex.

“Even though this play is about sexual manipulation and more adult themes, it has a universal, human message to it,” Bardeguez said. “People always respond to stories with unexpected twists, and this one definitely delivers some shocks.”

When the Christmas cheer wears off and you’re ready for something more dramatic, become a player in Les Liaisons Dangereuses’ wicked games, if only for a few hours.