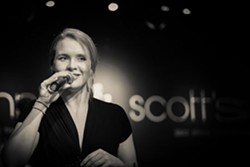 Oklahoma City Community College once again brings high-quality singers, performers and other stars of the stage to south Oklahoma City.

The purpose of the series is to allow people from all walks of life and financial backgrounds to enjoy theater, said Linda Bosteels, series coordinator. The least expensive eight-show pass offered by the school costs around $30 per show.

“It’s an incredibly economical price for just about anybody,” Bosteels said.

Gibbons’ influences span Joni Mitchell, Charlie Parker and D’Angelo. She has opened for George Benson and Gladys Knight this year.

“She is an amazing jazz vocalist,” Bosteels said. “She’s only 31 and very talented. And when you put her with a big band, it’s going to be great.”

A new incarnation of hit musical Annie, directed by the show’s original director and lyricist Martin Charnin, offers two add-on preview performances Nov. 4 and 5 at VPAC before the production embarks on a national tour. The production will prepare and rehearse for two weeks at the school.

“When a Broadway show goes out on the road, they have to actually put all of this together in a theater somewhere and then they go,” Bosteels said. “They picked us to do that, which is a pretty big deal.”

OCCC presents Steppin’ Out with Ben Vereen on Nov. 18. The show displays the many talents of Vereen, known for his role as Chicken George Moore in the television miniseries Roots and several major Broadway appearances, including one as Leading Player in Pippin, for which he won a 1973 Tony Award for Best Actor in a Musical.

“I didn’t realize that he had such a deep background in everything, so I’m really looking forward to hearing and seeing him,” Bosteels said. 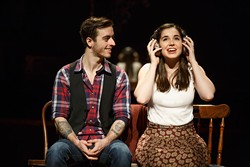 Bosteels said interest in the performing arts series has grown and she hopes for expanded growth in the future.

“Now, we have almost four times that amount of space,” she said. “That enables us to book larger shows and better artists.”

Bosteels said the center features first-class technology and amenities. She has heard patrons compliment the venue, including its natural acoustics.

Lemuel Bardeguez, OCCC vice president for community and workforce development, curates much of the talent that makes up the performing arts series.

“He goes to arts conferences and actually hears some of these performers in a small environment,” Bosteels said. “Seeing them and with recommendations from other presenters, that’s how he develops a final list of performers, and then we narrow it down.”

In a written statement, Bardeguez said the school is dedicated to sharing the theater experience with everyone.

“OCCC is committed to bringing quality shows at an affordable price point to the people of Oklahoma City,” he wrote.

Bosteels said OCCC is trying to fill its own role in the local market.

Those wanting classical theater and ballet productions can find them at Edmond’s Armstrong Auditorium, she said. OKC Broadway brings major stage productions to Civic Center Music Hall. Big-name entertainers often perform at Chesapeake Energy Arena or in one of the state’s casinos.

OCCC wants to establish VPAC as a performing arts hub in south Oklahoma City. Bosteels said people have few theater options in the space between downtown and Norman. VPAC is located a few exits away from Will Rogers World Airport on Interstate 44.

“One of the things we’re trying to get people to focus on is we’re not that far away and we do have something that is unique and professionally produced,” she said.