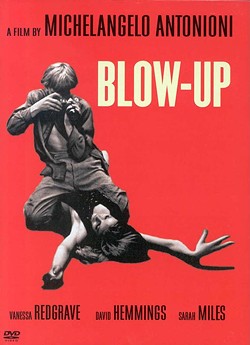 Each year, the institute chooses a theme upon which to base its lineup. Harbour Winn, institute director and series organizer, said the theme originates from the previous years’ film forums. Community members express the types of movies they would like to see, and selection is based on that.

Each year, the institute shows eight features, each originating from a different country. Winn said it is important to showcase foreign filmmakers.

“People in this community have the least opportunity to view many of these films,” Winn said.

This year’s theme is derived from the 1964 autobiography Man’s Search for Meaning by Viktor Frankl, which examines the psychological and physiological impacts of imprisonment in Nazi concentration camps. Frankl argued that coping mechanisms developed by some prisoners exemplify how humans strive for meaningful, purpose-filled lives, even during periods of extreme suffering.

This year’s theme is intended to help participants come to understand the purpose of adversity, Winn said.

“The films in this series stress the importance of an individual’s attitude to existence,” Winn said in a press release. “Even when life seems restricted by external forces, we can choose the attitude with which we live and make meaning, to find value.”

The importance of these selections is that they provide a conflict that is potentially healthy, he said. They bring up the question, Is it art, or is it entertainment?

“Some films may lean more in one direction than the other, but the cinematic art form asks us to question ourselves, to re-see what it is you have already seen, be it on film or through human experience,” Winn told Oklahoma Gazette. “The hope is that you’ll leave the theater a little more open for thought and contemplation.”

Blow-Up, a British-Italian film, is a landmark film of the 1960s. Mod fashion photographer Thomas’ (David Hemmings) vacuous life of pot-smoking, abundant sex and popular music suddenly finds meaning when he believes he accidentally photographed a murder. He is then pursued by the woman, Jane (Vanessa Redgrave), who appears in the shots.

The movie questions whether we can find meaning in certain situations, Winn said.

A public discussion session about the film follows each screening. Films screen through March. Learn more at okcu.edu/film-lit.