OCU to offer MFA in screenwriting 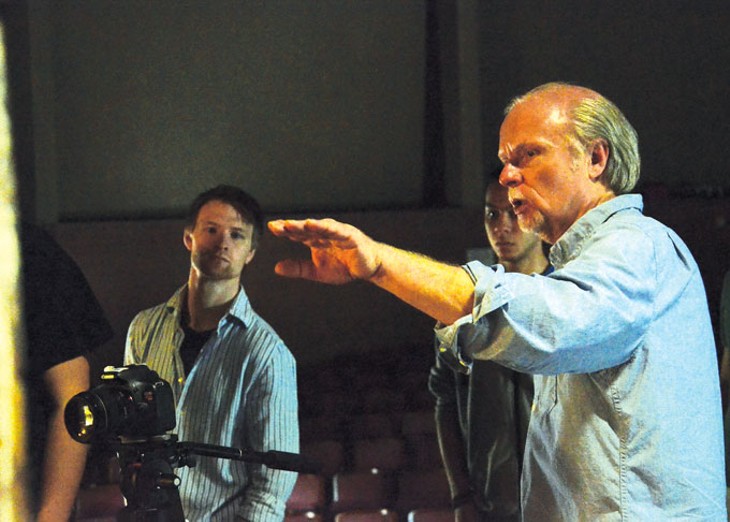 As the current academic term ends, one of Oklahoma’s oldest institutions is set to cultivate the metro’s blossoming creative outlet. In the spring semester of 2015, Oklahoma City University (OCU) will introduce an MFA unique within the state: screenwriting.

Orchestrated by program director Fritz Kiersch, the program will be led by the prominent veterans within the field: Richard Wenk, David Simkins and David Golden, all of whom have written made-for-television and studio pictures. Kiersch and Golden shed light upon the new major, including its origins, curriculum and the impact it might have upon the heartland.

In 2000, Kiersch came to Oklahoma City Community College (OCCC) to instruct on the technical aspects of filmmaking. At the time, the Oklahoman film industry was nonexistent.

When Kiersch was added to OCU’s faculty in 2005, he discovered a pressing need for more career opportunities for performing arts students.

“We eventually made film courses for undergraduates and graduates,” Kiersch explained. “Eventually, we started a department, the School of Visual Arts, as well as a minor.”

Last year, the university sought to create a new major to increase graduate study, one that Kiersch said “required significantly less resources than others.” In time, they created a “low residency” form that allows students to check in with their mentors periodically, culminating in several weeklong residencies of a much higher intensity.

While the initial three residencies will take place in Oklahoma City, the final period will be spent in Los Angeles, where the students’ work will be shared with working professionals. That notion, compounded by the connections already held by the advisors, will yield networking opportunities for the attendees.

When asked if the MFA would be particularly broad in its approach, Kiersch contended that it is a focused approach designed for working professionals who would like to change careers and perhaps see inside the industry.

The three aforementioned mentors fuel the program. To diversify the scholastic concoction, Kiersch focused on “where people find most success in writing,” ultimately determining the curriculum as well as the kind of mentors he wished to pursue.

Golden, a wizened screenwriter and professor, elaborated in depth upon what the students might come to expect.

“The students will have a chance to work with all three of us,” Golden explained. “They’ll first work together while refining their skills and focuses, while in their second year, they’ll begin to develop something specific.”

Golden insisted upon a method rooted in the reality of the field.

“The way I approach my classes is that I walk into the room with the experiences I have. I attempt to use that experience — good, bad and indifferent — to give the students an idea of both sides of how the business, show business, works. You can only function as a screenwriter if you understand that,” he said.

Print headline: Big-screen writing; A new MFA at Oklahoma City University allows students to work toward a degree in screenwriting.