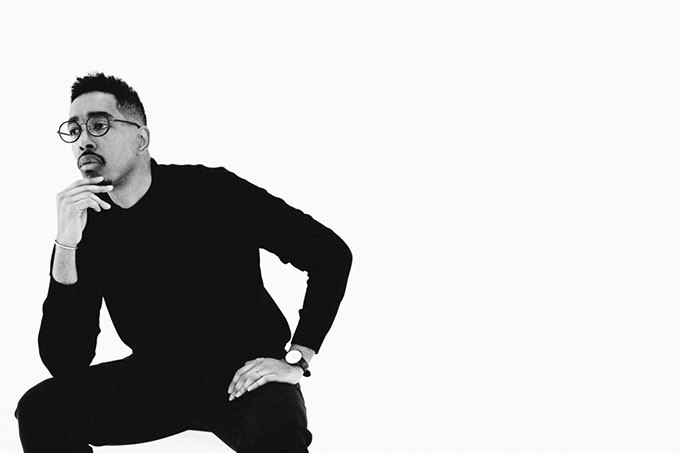 Oddisee might have recorded one of 2017’s best hip-hop albums, but he has had little time to revel in the feedback.

The Washington, D.C., rapper and producer (whose birth name is Amir Mohamed el Khalifa) released The Iceberg on Feb. 24 but left the United States four days later for a lengthy European tour that lasted through the middle of April.

“The only observation from my album I’ve been able to make is from onstage,” he said in a recent phone interview with Oklahoma Gazette. “I haven’t been able to see press or check out what people think of the record, but every time I hit the stage at night, I get to hear the people’s reaction to the new songs, and that’s been the way I’ve been able to tell if people have been listening and appreciating it.”

The reaction from crowds so far has been very positive, much like its critical reception. Oddisee will get the chance to gauge local fans’ feelings on the new project as one of the main headliners for Norman Music Festival 10. The jazz-rap emcee performs with his backing band Good Compny 8:30 p.m. Saturday on the Fowler Automotive Main Stage in downtown Norman.

If Lil Yachty and Lil Uzi Vert represent rap’s loose, trap-heavy extreme, Oddisee embodies the opposite end of the spectrum with a more mature sound packed tight with content and lush with live instrumentation. The Iceberg is less about the biggest issues of today and more about the convoluted causes, motivations and contributors behind those issues.

“There seems to be a severe lack of critical thinking in the world right now,” he said. “Everyone is judging things on the surface, and they’re OK with that. They’re OK with seeing one version of things without questioning.”

As only the tip of an iceberg can be seen from the water’s surface, Oddisee said often, there are many unseen and unheard factors that combine to form the world’s problems and issues.

“I think that’s a very dangerous place to be,” he said. “I think that makes society very vulnerable to control and manipulation, and I wanted to do my part to encourage critical thinking.”

Oddisee has a keen ability to approach the issues facing American society today — both from the inside and from a distance. He was born to an American mother and a Senegalese father. The rapper is married to a French-Moroccan woman.

With his point of view, Oddisee is uniquely aware of some of the moving parts behind American thinking that might go unnoticed by those who don’t know anything else.

“I’ve always had the ability to look from the outside in and from the inside out,” he said. “It’s been a fundamental part of making me who I am — having a global perspective.”

Though he recently returned from an extensive tour of Europe, Oddisee said he often battles the misconception that he enjoys performing overseas more or that Europe supports him or other rappers more than the U.S. He said one of the reasons you see rappers at his level and higher performing in Europe so often is because the continent’s large markets are so geographically compact that it makes touring much more economical.

Oddisee tries to keep all phases of his work running at peak efficiency, which might be the secret behind his music’s trademark refinement.