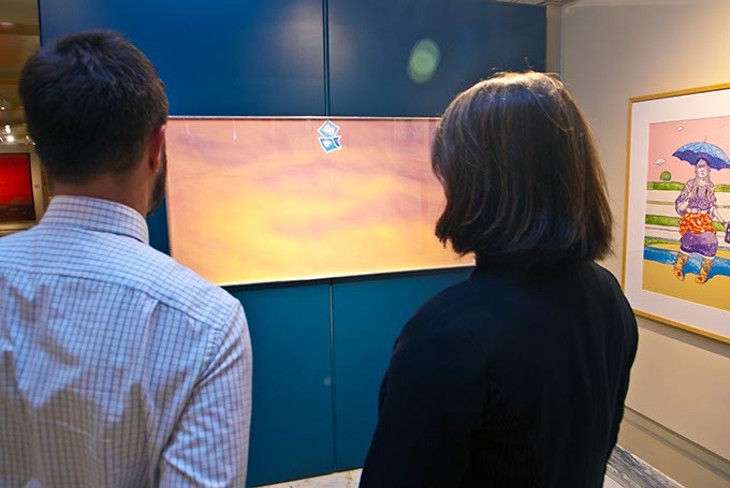 Oklahoma was one of the first states to establish a state agency for the arts, which it did in 1965.

President Lyndon B. Johnson signed legislation creating the National Endowment for the Arts (NEA), which provided funding to arts organizations that promised a significant economic or cultural impact to the particular state. According to the NEA’s historical archives, “the breadth of American creativity and the power of federal authorities … had never established a permanent official body dedicated” to the arts. During this time, America’s baby boomers were growing up, going to college and becoming a generation of artists and art advocates — thus, the NEA was founded.

That same year, Oklahoma Governor Henry Bellmon used his discretionary funds and those from the newly established NEA to create the Arts and Humanities Council — which today is known as Oklahoma Arts Council (OAC) — in order to secure the financial future of the arts, said Amber Sharples, executive director of OAC.

The council also sustains a collection of more than 100 pieces in the State Art Collection housed in the Betty Price Gallery. Price was the director of OAC for 33 years, until 2007, when the collection was relocated to the Capitol. The collection was started in 1971 and has grown ever since.

In addition to preserving decades of Oklahoma art, Sharples and the 13 members of the council process grant requests from arts organizations in Oklahoma’s metro, tribal and rural areas; provide professional development to those organizations to secure private funding; and promote arts education and accessibility.

Since 1965, the council has been able to fulfill thousands of grants requests, funded through appropriations from the state Legislature and the NEA for more than 1,000 organizations throughout Oklahoma. Such organizations include OKC’s Red Earth Festival, which yields 30,000 visitors and 100 Native American tribes annually, and the Enid Symphony Orchestra, a staple of Northwest Oklahoma since 1906. 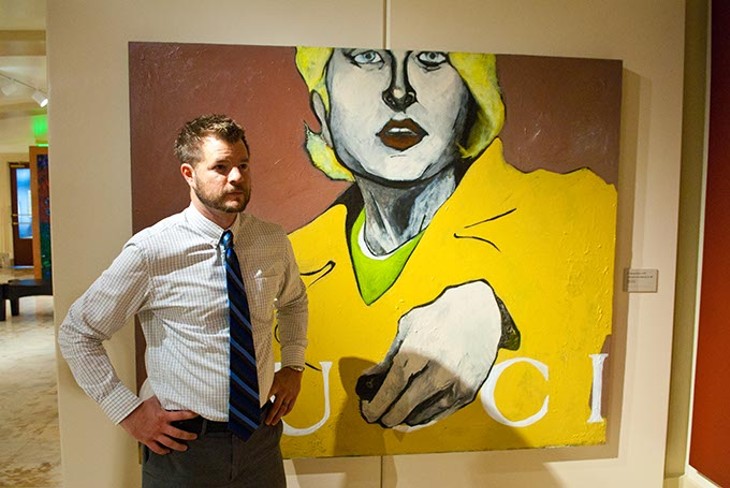 Funding for the council from the state Legislature is less than one-tenth of the state’s budget, according to the OAC website. However, the amount of funding the agency receives has fluctuated in recent years, considering the recession, 2013’s House Bill 1895 and federal sequestration. This has made the ever-increasing grant requests from arts organizations harder to fulfill, Sharples said.

As executive director, Sharples informs state legislators and policymakers about Oklahoma art’s economic, social and cultural impact. She saw the recent hardship as an opportunity to promote the arts even more directly, most recently during this summer’s interim study of the future of OAC.

“When the opportunity came up to really engage policymakers to look at the needs of the state, the priorities, this gave us that opportunity, the platform to talk to them about that,” said Joel Gavin, director of marketing and communications for OAC.

In fiscal year 2013, OAC was able to reward approximately $3.5 million in grants, but it received nearly $5 million in requests. Despite this disparity, Sharples said for every $1 in public funding awarded to state arts organizations like Red Earth and Enid Symphony, an average of $14 is matched in private funding.

Douglas Newell, director of the Enid Symphony since 1983, said the symphony has received funding from OAC since 1965. Newell said without the public funding from OAC, the symphony would not be able to leverage local funds, which are raised through advertising in the concert programs, facility rentals, sponsored concerts and an annual drive.

“When we write applications for grant funding, I try to be realistic and look at what’s happening with the economy, and I keep a very close look on what’s happening at the State Capitol,” Newell said. “It’s sort of like calculating the price of oil six months from now; you really can’t, but you have to plan on it.” Despite these fiscal challenges, Sharples remains optimistic.

“We have looked at it as an opportunity and have really seen the different communities across the state defend the importance of the arts and having arts transform their communities,” she said.

Newell said he has enjoyed his experience at the symphony over the last 30 years.

“I’ve had a wonderful opportunity to grow both in its public knowledge of the organization and its capacity to serve the community and our region of the state, Northwest Oklahoma,” he said. “And that is in large part to the funding of the Oklahoma Arts Council.”

For smaller cities and rural areas, OAC understands there are fewer monetary resources to fund arts programming, whether it’s an entertainment or educational event, Gavin said. But the large metro areas like Tulsa and Oklahoma City are just as important to support because of their hefty economic impact. “It’s important in metro areas as well to make them vibrant to draw businesses and creative workers,” Gavin said.

According to fiscal year 2013 numbers, nonprofit arts and cultural organizations provided 10,200 jobs across the state and yielded $314.8 million in economic impact.

“We’re really seeing that energy that’s making Oklahoma so competitive,” Sharples said. “We’re seeing a lot of individuals come home because it’s an exciting place to be right now because of the arts.” Print headline: State of the arts, Despite a barrage of fiscal challenges, Oklahoma Arts Council and similar organizations have persisted and prospered for decades.