Developer Works on Making Games and Growing Community During COVID-19 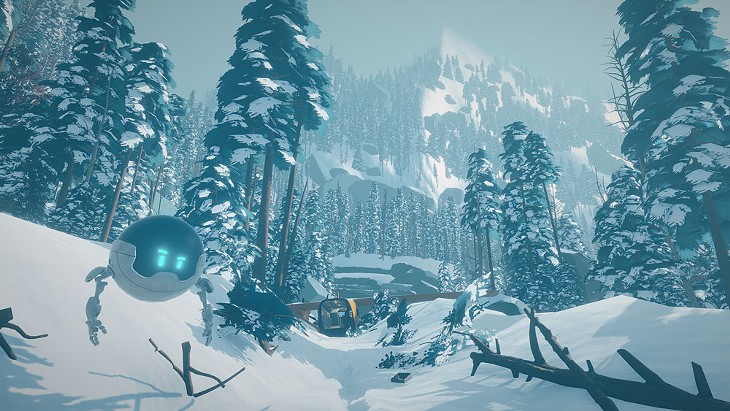 Oklahoma City is not a place where you’re most likely to find a video game studio. The majority of the industry is based in cities like Los Angeles, Seattle, Austin or Montreal, but that hasn’t stopped James Simpson, the CEO of GoldFire Studios, from setting up shop here in the Metro.

Simpson has been making games both apart from and under the GoldFire Studios name since he was in middle school. Things took off for the company when he graduated from OU in 2011.

Now, after a decade and five cross- platform massively multiplayer online games under his studio’s belt, Simpson and his international team have their sights set on their first major game: Arctic Awakening, a “single-player, episodic narrative game” due out on PC, Xbox and PlayStation consoles in 2022.

“We feel that games as a medium are just uniquely positioned to really tell stories in a more engaging way than any other medium that we’ve got,” Simpson said. “But we also don’t feel like it’s been pushed anywhere near as far as it could be.

“Ultimately, with this game, we’re trying to basically do our part to try and keep moving that forward, and taking storytelling and games further, in some small way.”

In addition to game development for his own studio, Simpson also helps foster game development in the metro more broadly. He co-founded the Oklahoma Game Developers Meetup with the Techlahoman Foundation in 2013.

“[We] set up a meetup page, you know, sort of tweeted out and posted on Facebook and whatnot, that we were going to have this meetup and see how it went,” he said. “And, we ended up having, I think 50 or 60 people show up to that first meetup. And then we’ve been meeting pretty much monthly.”

“There’s still not a lot of full time game studios, but there’s a few of them here in Oklahoma City and in Tulsa now. And there’s a growing number of hobbyists that are doing some really neat things,” he said.

While typical meetup activities include talks by fellow developers on all aspects of game creation, as well as assorted workshops, including one where attendees had to create a game design document in 30 minutes or less, and days where the community can come together and play each other’s games, the COVID-19 pandemic has forced the group to pivot.

“We haven’t done an in-person meetup, I guess, since February of last year, and so we’ve been doing some online events,” he said. “But it certain- ly will be a boost, once we can get back to [meeting in person].”

have a brick-and-mortar location, but when the pandemic spiked in late 2020, the team moved out and began working from home–permanently, for now. Luckily, the company was agile enough to do so.

“We sort of had a leg up, because our workflows have always been built around part of the team being remote,” he said. João de Brito and Hakan Kamar, the Arctic Awakening team’s principal artists, live in Portugal and the Netherlands, respectively. Larger studios, Simpson said, may have had a more difficult transition due to the larger workforce and resources that couldn’t be managed as efficiently from home.

“Currently the hardest parts have been the big areas we are fleshing out. Making sure everything works well together while keeping the game optimized can be difficult sometimes,” he said.

“Working in a small team like this means that there isn’t much time or manpower to test everything. So pre-planning becomes very important to minimize the risk of having to redo a lot of assets after the fact we’ve realised it doesn’t work in the scene.”

As far as Arctic Awakening is concerned? It’s full steam ahead for the team. GoldFire Studios plans to release the game on the PlayStation 4 and Xbox One systems as well as on Steam for Mac, Windows and Linux computers sometime in 2022. According to Simpson and Kamar, the game derives visual inspiration from games like Journey, Abzu, Among Trees and Firewatch, while narratively Simpson has been inspired by games like the Telltale Walking Dead games, Life is Strange and Gone Home.