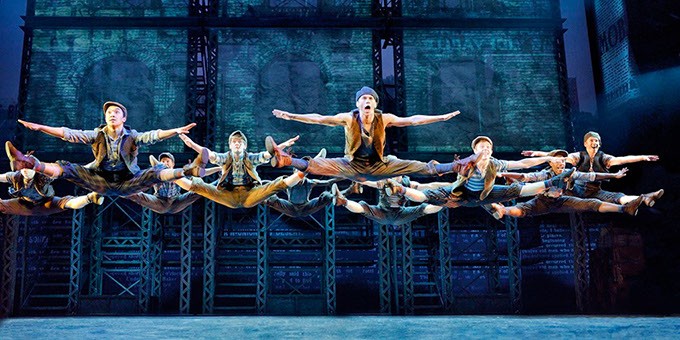 In its debut season, OKC Broadway plans to welcome some of Broadway’s biggest productions.

Organizers had a short window of opportunity to set this year’s season while transitioning to a new show presenter. They weren’t able to set this season’s schedule until last fall.

But Oklahoma City theatergoers will continue to be treated to a wide range of crowd favorites.

Elizabeth Gray, OKC Broadway general manager, said local residents can look forward to larger, more frequent shows. The group also hopes to bring the bigger shows in sooner along their national tours than the city is accustomed to.

The inaugural season opens Sept. 20 with Newsies. The Disney musical production is based on the newsboys strike of 1899. It was also a 2012 Tony Award winner for Best Score and Best Choreography. Other shows this season include The Sound of Music, Pippin, Motown the Musical, The Lion King and Elf The Broadway Musical, which is based on the popular holiday movie starring Will Ferrell. Gray said she has already heard several people say how excited they are to see the Broadway version.

OKC Broadway represents a partnership between nonprofit Civic Center Foundation and Nederlander Organization, one of the world’s largest theater and concert presenters.

Nick Scandalios, Nederlander executive vice president, said the company is “overwhelmingly excited” to get a chance to move into the Oklahoma City market. Scandalios said Nederlander often is approached about entering partnerships like this, but they don’t always accept.

The time Nederlander was able to spend with Civic Center Foundation representatives led the company to believe the two shared very common goals.

“We really believe in the communities we become a partner with or a part of,” Scandalios said. “We need to feel like we’re a part of the community. Because we’re a family business, that permeates everything we do. It’s not just simply looking at a spot on the map.”

Nederlander was founded in 1912. The company has produced for and managed venues for more than 100 years. Scandalios said it has nine Broadway theaters and close to 25 theaters. Some are located as far off as London.

“We’re one of the most significant forces in the commercial theater industry at large today,” he said. “I like to categorize us more as the benevolent giant.”

The awards program partnered with Nederlander to present Jimmy Awards (named for company executive James Nederlander). Local judges go into schools and evaluate musicals and performances. Once a year, at the community’s performing arts center, the kids judged to be the best compete to win best actor, best actress, best production and other honors.

Local winners then head to New York City to compete on Broadway.

Gray said OKC Broadway is still working on establishing a local version of the program, but it’s something that should debut here in the near future.

“This is something that really interests us,” Scandalios said, “the idea of finding a way to take the aspirational nature that kids have when they’re performing in high school and show them the larger world that might be available to them, and to give them just the chance, even if they never perform on Broadway again, to potentially perform on a Broadway stage for one night.”

The awards program has a presence in more than 30 markets around the country. Scandalios said that number grows each year.

Gray said those unfamiliar with Nederlander should know that Oklahoma City is getting one of the best Broadway presenters in the business.

“I think that really goes to show the spirit of our people, the quality of our city and that we are a top-tier city among the nation,” she said. “It’s something not only the current patrons of the Broadway series here but the community in general should be proud of.”

Those who held season tickets for the previous Best of Broadway seasons will be asked if they want to renew their tickets. New package sales begin this month.

The Sound of Music