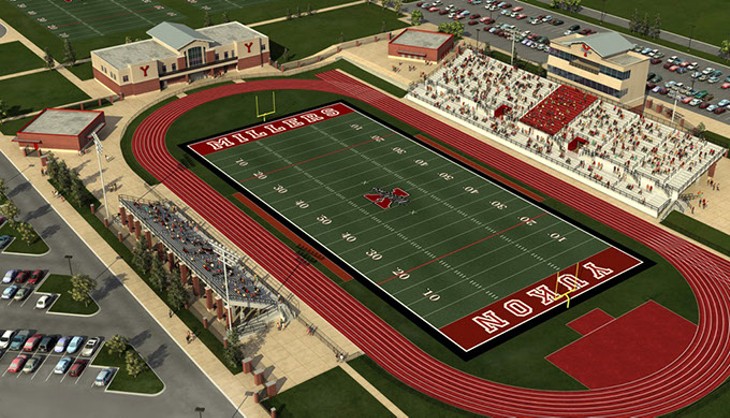 The number of Oklahoma City pro soccer teams is about to double.

“A signed lease is a huge step to bringing a franchise to Oklahoma City,” said Lund, Oklahoma City FC’s managing partner and co-owner of Sold Out Strategies, an Oklahoma City sports marketing and management firm.

After presenting their business plan at the NASL’s Board of Governors meeting on Nov. 15, team officials plan to soon announce the new team name and colors, pending formal approval by the league. Lund said that addition of a final piece to the ownership group will “raise eyes across the soccer world.”

“It’s with a highly reputable sporting organization that is well- respected worldwide,” he said.

Oklahoma City will be the smallest market in the 10-team NASL that will also see expansion in Jacksonville, Florida, and Virginia over the next two years. League officials hope to expand to 18 teams across North America. The NASL is the United States Soccer Federation’s sanctioned Division II league, below Major League Soccer but above the United Soccer Leagues Professional Division (USL Pro), to which the Oklahoma City Energy FC belongs.

“We are not a developmental league,” Lund said. “We own our players’ rights. We work closely with some of the world’s top soccer franchises.”

After a well-documented struggle over stadium and league rights, Lund admits that having two pro teams in Oklahoma City is “not ideal.”

“I’m sure they would say the same thing. We believe this city has reached the point where it deserves the highest level of sport possible,” Lund said.

“Prodigal brought everyone together under one banner with Energy FC and have witnessed an unbelievable inaugural season because of this united front,” Prodigal CEO and Energy FC co-owner Bob

Funk Jr. said. “We look forward to playing at Taft Stadium as the only professional soccer team in Oklahoma City and look forward to our ongoing association with MLS.” In 2013, USL PRO began a multi-year partnership with MLS that features individual team affiliations, inter-league play and the opportunity for MLS clubs to field a second team in USL Pro.

For more details on the stadium agreement visit okc.biz.com.