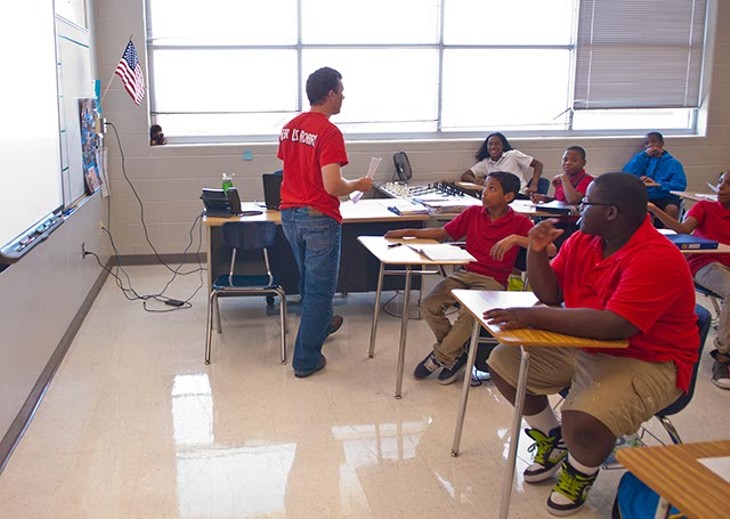 African American students in the Oklahoma City school system are more likely to face suspension during their high school years than students in any other district in the nation.

Oklahoma City Public Schools is one of the top ten highest-suspending districts at the secondary level for all students, and is the highest suspending district in the nation for black secondary students, according to the Center for Civil Rights Remedies and a new report that tracks suspension data across the country.

Suspension rates broken down by race have also increased in recent years, especially among black students. The district is currently under investigation by the U.S. Department of Education concerning the ratio of minority students who receive in-school and out-of-school suspension. The complaint is one of three against the district being reviewed by the Department of Education.

The Department of Education has requested specific data concerning its investigation, which the district has submitted, according to Brandon Carey, attorney for the district.

“We are just waiting to hear back from them,” Carey said.

However, while the district waits for further instruction from the Department of Education, Superintendent Rob Neu has listed minority suspension rates as a focus area for the district.

One of the obstacles in focusing on suspension rates for the district may be its lack of a dedicated staff position to address this issue.

“We need a person who can focus on that,” said Teri Bell, director of student support services.

Bell said the district's student services department, which would oversee suspension issues, was reduced from four staff members to two in 2001 and has never been replaced.

Associate superintendent Aurora Lora said most districts the size of Oklahoma City have a staff position dedicated to reviewing suspension and discipline issues.

Pick up a copy of the March 4 Oklahoma Gazette for an in-depth story on minority suspension rates and ways the district can decrease its high rate. You can read the specific report for Oklahoma City here.