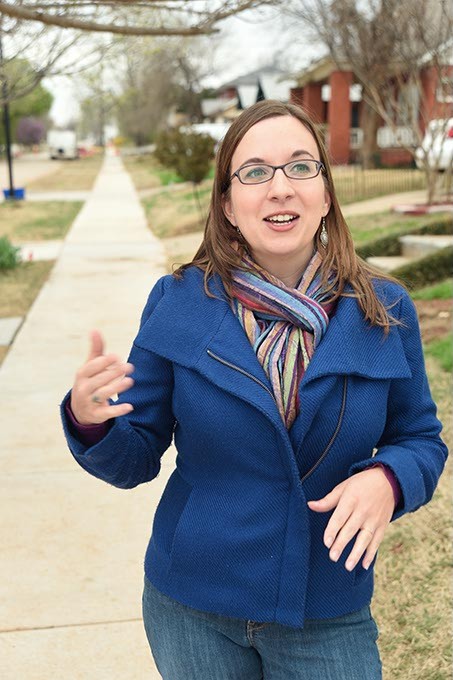 Editor’s note: This story begins a monthlong series that explores the neighborhoods in urban Oklahoma City. Pick up next week’s Oklahoma Gazette for more coverage.

Oklahoma City’s urban core has become a collection of unique neighborhoods at different points of redevelopment. Several are in the midst of a full renaissance, while others are just starting to shake off the blight and neglect of the past few decades.

“No two districts are the same,” Christina Chicoraske, Uptown 23rd program director, said during a recent Greater Oklahoma City Chamber of Commerce forum on the growth of local neighborhoods.

The Plaza District, Paseo Arts District, Midtown and downtown have each seen some of the biggest transformations in the past decade and have capitalized on their own distinct flavors, the popularity of which is a reversal from the homogenized development trends of the mid 20th century.

Many of the urban communities experiencing growth are returning to their former days as commercial and residential hubs, including Uptown 23rd, which started as a trolley stop nearly 100 years ago and became a popular retail center. However, the growth of suburban sprawl, malls and highways led to the decline of pedestrian-centered districts like Uptown 23rd as suburban communities in every direction built to a uniform standard.

While suburban development continues to grow in the region, the demand for living in an urban neighborhood is also on the rise.

“You are seeing the movement of the young [residents] right now to get into the urban culture,” said Liz Stevens, a volunteer with Classen’s North Highland Park Neighborhood near 13th Street and Lincoln Boulevard. “We have seen this push to live in the suburbs in the past ... and there has been a real loss of the unique neighborhood. People are now wanting to be in a place where they can bike, where they can walk, eat local and know their neighbors.”

North Highland Park is one of three communities — along with Classen-Ten-Penn and Culbertson East Highland — where the city is injecting funds for infrastructure through its Strong Neighborhoods Initiative (SNI). It is also a neighborhood that some urban planners see as one of the next up-and-coming places to live in OKC.

“If you ask why [people are returning to the urban core], answers will vary, but at the center of it all, I believe, is civic pride and a longing to be part of OKC’s renaissance,” said Shannon Entz, the lead planner overseeing the SNI program.

While neighborhoods like the Plaza District and Uptown 23rd are utilizing private investment and grassroots organizations to spur growth, success can also ride on the city’s willingness to invest public funds.

“The collaboration between the public-private partnership is vital,” said Grant Soderberg of Square Deal Capital — Soderberg is also an investor in The Windsor Hills Station Shopping Center, the hub of the growing Windsor District in west OKC. “Simple investments in lighting, road improvements and other things from the city can make a huge difference in a neighborhood’s revival.”

Soderberg also said that part of the success of The Windsor District is that it continues to serve many of the low- and middle-class community residents who lived there before revitalization efforts began.

“There is a difference that needs to be made between low-income housing and problem housing,” said Soderberg, noting that many working-class residents benefit from recent commercial growth.

Neighborhood redevelopment can sometimes take the form of gentrification, a process of increasing home values that also might drive out lower-income residents. Neighborhoods like the Plaza District and Midtown have seen escalating home prices and rents that might also present a barrier to some former community residents, but compared to the rest of the nation, gentrification has not been as big a factor in OKC’s growth.

Using U.S. Census data, online publication Governing studied changes in housing values, education levels and other economic and social indicators to determine which communities across the nation had seen a substantial increase. The study found that just 13 percent of OKC’s neighborhoods had experienced “gentrification.”

That rate was far lower than most other major cities, including Portland, Oregon; Minneapolis; and Washington D.C., which recorded rates over 50 percent. Cities more comparable to OKC in size, like Omaha, Nebraska; Nashville, Tennessee; and Fort Worth, Texas, had rates over 20 percent.

Governing’s OKC map shows that gentrification is highest downtown and in the Uptown 23rd District.

“Neighborhoods gentrifying since 2000 recorded population increases and became whiter, with the share of non-Hispanic white residents increasing an average of 4.3 percentage points,” wrote Governing’s Mike Maciag in an article about the report. “Meanwhile, lower-income neighborhoods that failed to gentrify experienced slight population losses and saw the concentration of minorities increase.”

However, while many of the city’s up-and-coming neighborhoods have seen increases in affluent and white residents, it doesn’t appear to mean that there is a correlated removal of lower-income residents.

“We also have many empty lots in our neighborhood,” Stevens said. “People who want to come and build, especially when they don’t want to spend a fortune, are finding this to be a good place to come live.”

Oklahoma City’s urban renaissance has been driven by neighborhood redevelopment, which was spurred by a reinvestment by citizens to live in more connected communities that might have been lost during the era of suburban development.

“Coffee, wine and great conversations on front porches are back,” Entz said.

It appears that OKC’s urban neighborhoods are, too.

Print headline: Moving in, City neighborhoods work together to define themselves and bring communities together.