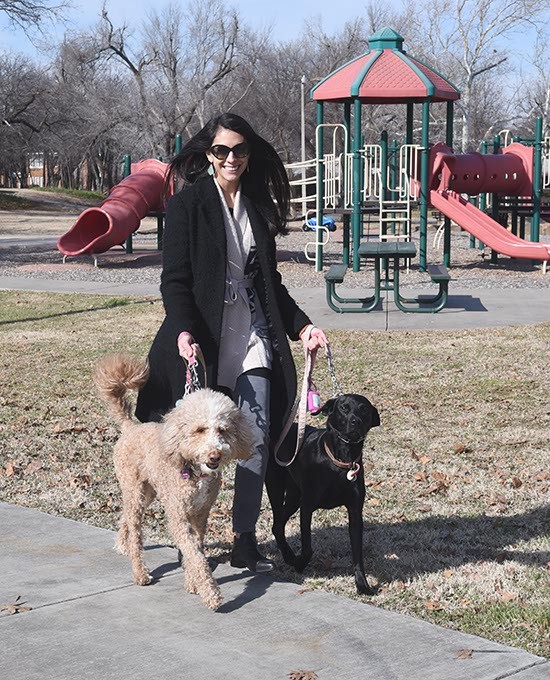 In running, it’s good to have goals. Scott Downard achieved one of his when he won the 2015 Oklahoma City Memorial Marathon in April.

The race memorializes the 168 lives lost April 19, 1995, but it has also become a motivating beacon for thousands of runners, new and experienced, who circle marathon day on their calendars each year.

“It’s Oklahoma City’s primary event,” said Downard, 33, a cross-country and track coach at Norman High School, his alma mater, and an assistant manager at OK Runner, a specialty running, walking and lifestyle store with locations in Norman and Edmond. “It’s so exciting coming down the finish, coming down Broadway … that was a big accomplishment for me.”

If you resolved this year to lose weight, exercise more or get healthy, then local experts suggest you run — right now. And you can do it all over the Oklahoma City metro.

“Today’s a good day to start,” said Don Garrett, president and CEO of DG Productions, a race timing company that works with about 300 running, cycling and triathlon events each year.

“Spend more money on shoes than you think you should,” he said.

“We have to have a dialogue with them. We spend five or 10 minutes hashing out their ambitions,” he said.

Downard tells customers to consider buying more than one pair of shoes per year. Quality socks are important too, and buy a foam roller, which works like a deep tissue massage to release muscle tension after a run. He said beginners need to worry about other gear only after they start logging serious miles.

Yes, it’s cold outside now, but your body warms up about 20 degrees when you start exercising. Garrett advises wearing gloves, a hat and easily removable layers.

How far should you run? How often? For newbies, Garrett said, experts suggest a “couch to 5K” plan that starts off slow and covers moderate distances at first.

First try to walk/jog about a mile. After a week, gradually increase to 2 miles for a week, and then 2.5 miles. Garrett said running too much too soon can lead to injury and discouragement.

Smart runners take an occasional day off to allow their bodies to recuperate, and building up experience running takes time.

“No one should be running a marathon if they haven’t been running for five years,” Garrett said.

Taking a big-picture approach by adding cross-training such as weight work, cycling and other cardio is also advisable. And don’t forget to stretch, Downard said.

“People actually get tighter the more mileage they run,” he said.

For longer races, many follow programs made popular by coach Jeff Galloway. They include shorter-distance runs during the week and increasingly longer-distance runs on weekends leading up to race day.

A slew of fitness tracking products and apps provide metrics such as miles logged, heart rate, calories burned and more. As you lose weight and get healthier, motivation snowballs.

“[If you stay in bed instead of running] the marathon doesn’t care. It’s going to be there, waiting,” Garrett said.

The City of Oklahoma City offers miles of multipurpose trails. MAPS 3, passed in 2009, includes $39.5 million in trails projects. The first, the West River Trail, a 7.5-mile route connecting Lake Overholser to the south bank of the Oklahoma River, opened last year. The Interstate 44 Trail project should be completed this year, and a third is projected to be finished in 2017.

“Getting away from traffic, where runners are not competing for the roadway, is always better,” Garrett said. “You can relax and just run.”

The University of Oklahoma campus, Lake Thunderbird and the Brookhaven neighborhood, home to the Brookhaven Run, one of the oldest road races in Oklahoma, are also popular, Downard said.

Print headline: Run OKC, Local experts offer tips on how to be a runner in Oklahoma City.