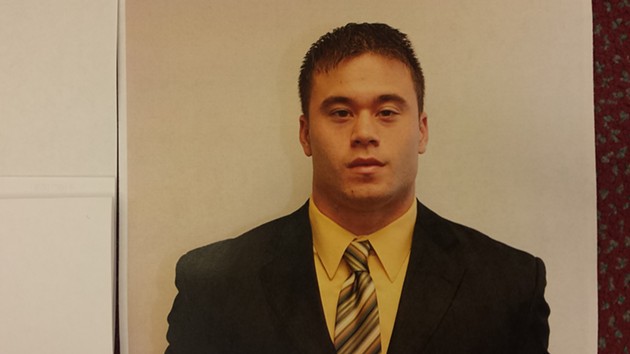 An Oklahoma City police officer has been arrested for sexually assaulting at least seven women.

On June 18, police received a complaint from a female victim who said she had been forced by officer Daniel K. Holtzclaw to perform sexual acts during a traffic stop, Police Chief Bill Citty said during a press conference Thursday. The officer was placed on immediate administrative leave, and an investigation was launched.

After contacting other women who had been stopped by Holtzclaw, police discovered six other victims, Citty said.

Holtzclaw was arrested today and booked into the Oklahoma County Jail.

“We kind of anticipate there might be more victims out there,” Citty said. “We started by looking at some other things and traffic stops that he had made. Started contacting [other] females that we know he had stopped at that period of time.”

All seven victims were African-American, and police said Holtzclaw is of Asian ethnicity. Holtzclaw was an officer in the city’s Springlake Division in northeast OKC.

“It angers you,” Citty said about the impact it has on him and other officers.

Police said a complaint was made against Holtzclaw several months ago but police were unable to confirm misconduct at that time.

Holtzclaw is expected to face charges of rape by instrumentation, sexual battery and indecent exposure.