When Oklahoma Gazette first hit stands in 1979, it came at a turning point for Oklahoma City.

The urban success story that OKC has become in recent years is well-known, but before the vision and risk shown by city leaders and citizens 20 years ago, the city was in an era of decline.

OKC had experienced decades of urban sprawl as the city center’s population declined at the hands of flight to suburban communities. The ambitious Pei Plan for downtown had seen the construction of the Myriad Botanical Gardens and the Alfred P. Murrah Federal Building but failed to deliver the revival it had promised after dozens of buildings were imploded to make room for developments that never came.

“At the city’s heart, there sets a nagging reminder that things seldom go as planned,” a 1985 Oklahoma Gazette article stated about the empty lots that remained.

In that same article, Tiana Douglas, then the director of the Oklahoma City Urban Renewal Authority, said the failed Pei Plan and Galleria retail development downtown was a hit to the city in the early ’80s. “The general consensus of a lot of people is that the original idea of several years ago ... may not be feasible downtown anymore,” Douglas said. 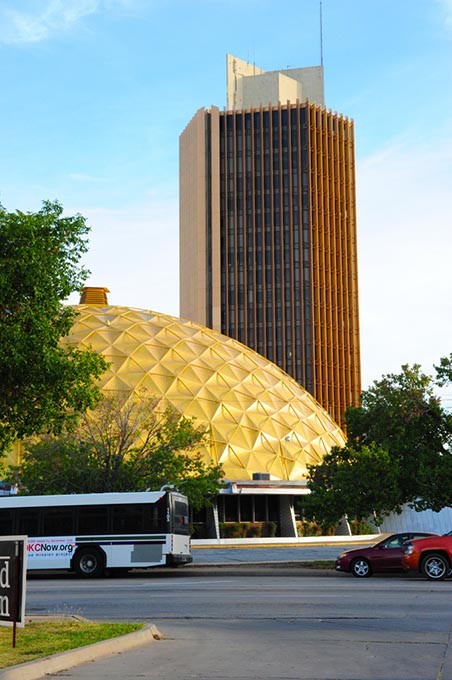 On the timeline between the Gazette’s launch and its 35th anniversary, OKC overcame a devastating attack, launched a series of sales tax-funded projects that have become a national model and positioned itself as one of the nation’s up-and-coming cities of the 21st century.

OKG has helped tell the stories of how urban pioneers sold their vision to residents and the large projects that have redefined the downtown skyline.

“The river of dreams finally has become a reality,” was the lead to a June 23, 1999, cover story on the opening of the Bricktown Canal as part of the original MAPS plan. “As observers watched the first trickle of water fill the concrete channel a few weeks ago, developers were watching Bricktown property values skyrocket and city officials realized they were seeing a project that once was considered a pipedream reach fruition.”

In addition to telling the stories of large-scale developments, Gazette’s history includes coverage of the smaller success stories of old OKC treasures being given new life and the revival of urban neighborhoods.

The Gold Dome, located at the corner of Classen Boulevard and 23rd Street, was a futuristic structure from the ’50s that has long struggled with redevelopment issues. A Gazette story last year reported on the new owners of the iconic building and its transformation into the new headquarters for TEEMCO.

The Gazette provided a platform to encourage readers to consider investments in neglected parts of the city.

“Transit has become a necessity,” former Oklahoma representative Jim Townsend wrote in a 1979 Gazette column about the need to invest more in public transportation.

“Downtown Oklahoma City is choked with traffic. The area is covered with high-rise parking garages. More are built every year, but the parking problem gets worse and worse,” it read.

Fast-forward 35 years and public transit remains an issue that OKG continues to cover, including stories this year on increased public transit investments from City Hall and the possibility of a regional transit district to be considered by voters in coming years.

Gazette has continued to cover other long-running issues as well. A November 1980 Gazette cover featured the headline “The 23rd Street Dilemma,” examining whether to make the uptown commercial strip friendlier to cars or whether to invest in more pedestrian features. It’s a conversation that continues today, as the street has become one of the city’s fastest-growing commercial districts.

OKG’s reputation is one of independent journalism and in-depth coverage of local arts and entertainment.

However, it has also served as a paper of record for the city’s tough times in the 1980s, followed by revival in the 1990s and 2000s and the continued growth the future promises.

Print headline: Growing together, OKC and Oklahoma Gazette grew together as the paper chronicled the city’s revival.