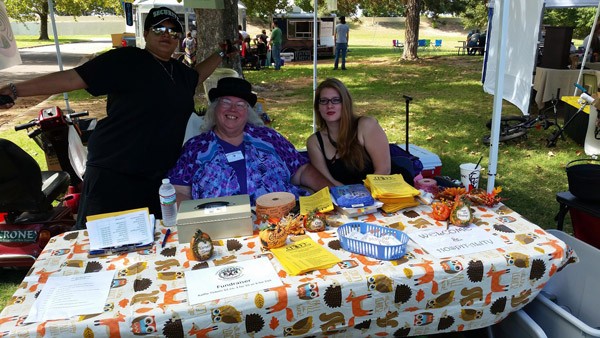 In a state where Christian churches can be found on seemingly every street corner, it can be easy to forget that alternative religions exist in the area as well.

OKC Pagan Pride Day hopes to draw attention to the community of spiritual beliefs that exists outside of Christianity, Judaism, Islam and other more widely recognized faiths.

“We’re an A-to-Z kind of thing, from atheists all the way to shamans, heathens and your general Wiccans,” said Emmah Eastwind, Pagan Pride Day’s local area coordinator. “It’s a wide range, and we don’t know who all will show up.”

Pagan Pride Day celebrates five years in Oklahoma City 11 a.m.-5 p.m. Saturday at Wiley Post Park, 2021 S. Robinson Ave. This is the second year the day has been celebrated in the park. Last year’s event was attended by around 500 people.

Admission to the festival is free, but guests are asked to bring a nonperishable food donation for a drive benefiting Sisu Youth Services. Last year, the event’s food drive collected over 270 pounds of food, and Eastwind said they are hoping to break that record this year.

More than 30 commercial vendors offering books, knives, homemade soap, massage therapy, Tarot readings, psychic services and much more will have booths set up throughout the park.

A learning lounge with classes and workshops will be present for people from all backgrounds to participate in and find out more about various types of pagan practices. Musical entertainment, belly dancing, a children’s area and food trucks will help ensure everyone who attends is entertained throughout the day.

The day will also be a chance for community members to observe one or more pagan rituals and blessings. Though the specifics of those demonstrations are still being worked out, Eastwind said they are likely to at least lead a community blessing over the food donations at the end of the festival. The blessing, she said, would provide protection over the food and the community youth to whom the food will be donated.

“That’s important,” Eastwind said, “because we want the community to see what it is we do in our personal spiritual path.” 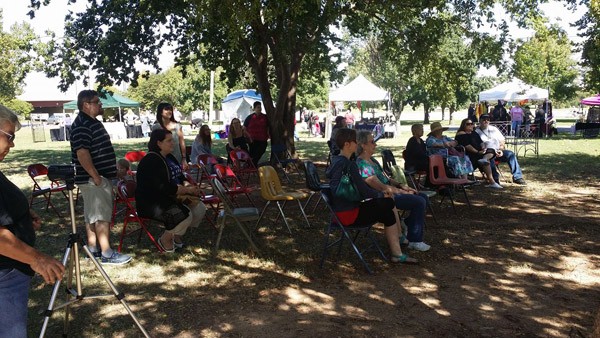 Paganism is an umbrella term that can be used to describe a number of different faiths. Pagan Pride Project, a nonprofit foundation and internationally recognized faith movement, lists several criteria for defining what a pagan is.

Most importantly, pagans are those who self-identify as such. No one who is uncomfortable calling themselves a pagan is categorized as one.

The faiths and traditions within paganism involve the worship or recognition of a deity not tied to the Judeo-Christian belief system, though some might incorporate elements of these faiths. These faiths are spiritual in nature and often, but not always, tied to the ideas of divine femininity and a connection to the Earth or nature.

Eastwind said the pagan community in the state is not large but probably larger than most people realize. Even among nonbelievers, interest in pagan practices is strong. Eastwind said she leads a monthly full moon circle that is always open to the curious. More than half of her guests are usually first-timers.

“When people are ready,” Eastwind said, “they just find us.”

In the relatively short history of OKC Pagan Pride Day’s Facebook page, media coordinator Brandy Gunter-Cox can only recall one negative comment: a post that accused them of worshipping the devil.

“We don’t even have that being in our vocabulary,” she said, “so it makes me chuckle a little bit.”

It might come as a surprise to hear, but Pagan Pride Day has so far encountered little to no opposition from Oklahoma’s wider religious community. Gunter-Cox said observances in other cities have drawn protests, but not here.

“I’ve noticed that Oklahomans tend to be much more open to people of differing faiths and beliefs than we like to think they are — at least publicly,” she said.

Gunter-Cox did add that as the young celebration becomes more widely known, it might see an increase in opposition. A volunteer security staff will be on-site, ideally to snuff out any disturbances before they become a problem.

OKC Pagan Pride Day draws pagans from all over Oklahoma and surrounding states, including many small towns, where alternative belief systems are harder to openly practice.

A unified day of awareness, in addition to the organizing power of the internet, has led to an unprecedented level of unity in the once-scattered pagan community.

“Up until the last five years even, those communities have been underground,” Gunter-Cox said. “You had to kind of know somebody to find them.”

Things like aromatherapy and meditation were once elements of pagan belief systems that few people in outside communities gave much credence. Now, these concepts can be found incorporated into many non-pagan lifestyles.

For many pagans, such recognition is key to finding their own broader acceptance.

“Every time one of those kinds of things goes mainstream, it helps open doors into our community to other people,” Eastwind said. “They have an interest in those things, and then they’ll find us.”