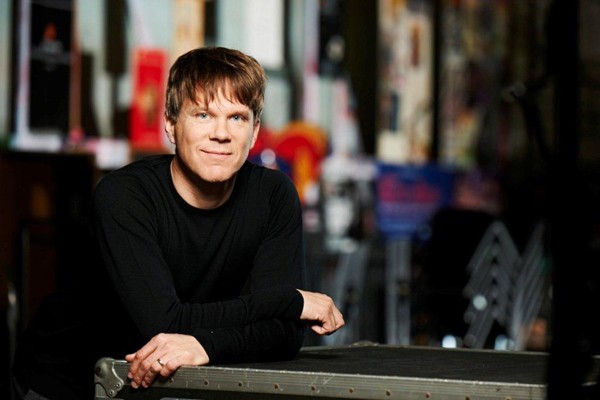 In late May, Oklahoma City Philharmonic named Alexander Mickelthwate its music director designate. Current music director Maestro Joel Levine, who founded the orchestra in 1988, plans to retire in May 2018. The appointment comes after a season-long tryout process in which OKC Phil brought in six total candidates, including Mickelthwate, to guest conduct the orchestra.

The German-born conductor is the current music director of Winnipeg Symphony Orchestra in Canada’s Manitoba province. Mickelthwate guest conducted with the orchestra in November and will conduct three Classics programs as music director designate in OKC Phil’s coming season. His first appearance is scheduled for Jan. 13, 2018. He is set to take over as full-time music director in the 2018-19 season.

Mickelthwate recently talked about his new position in an Oklahoma Gazette phone interview.

Oklahoma Gazette: What will be the nature of your involvement next season?

Alexander Mickelthwate: Joel and I are going to split it. I’m doing three of the Classics, and Joel is doing three as guest conductor. The Pops performances will also be done by others, so I’m not involved too much yet, but I will be coming in at the beginning of July and in August. I’ll be coming again and again just for fundraising and marketing and just to be in the community. But then I’ll really start the next year in August or September.

OKG: You were here in November guest conducting. What do you remember about that whole experience, and how did that go for you?

Mickelthwate: I didn’t know anything about Oklahoma City or Oklahoma. I was really positively surprised. The last 20 years has seen tons of money poured into that [downtown] area. It was quite an exciting experience. Then the orchestra, same thing — didn’t know. It was a beautiful performance hall (Civic Center Music Hall), and the orchestra itself — wow. We had a very challenging program, and it was very exciting for me, a great performance, and I was really thrilled.

OKG: What was it about the position that attracted you?

Mickelthwate: When I looked on the website and researched, it was clear that [OKC Phil] was, first of all, well-run. It has a fair amount of concerts, obviously. But then you have a fairly big orchestra also. My orchestra [in Winnipeg] is smaller in numbers. And then the soloists that you’re getting and the acts are quite international; it was really very impressive. In addition, when I was there, I saw that you had a music director who was there for many years. It’s just a well-run organization by executive director Eddie Walker and the wonderful music director Joel Levine. 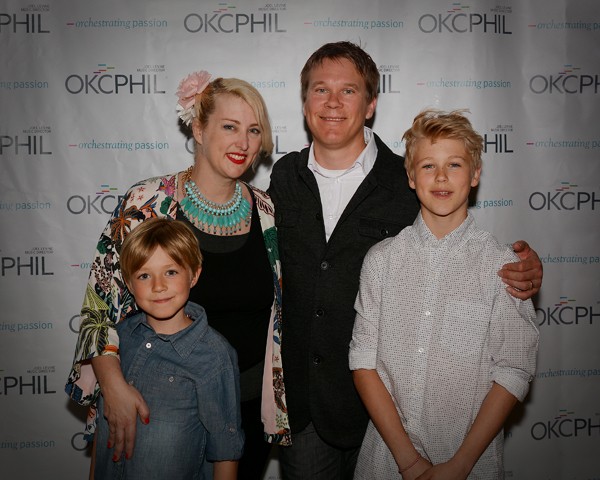 OKG: You have a family, right?

Mickelthwate: Yes, I have a 9- and a 13-year-old. My wife is a fashion designer. She works right now at Peter Nygard, who’s actually selling pretty big in the States. We’re in the process of trying to buy a house right now in Oklahoma City, and we’re going to start putting down some roots.

OKG: In the summer, it can get pretty warm here — a little warmer than it does in Canada or Germany.

Mickelthwate: But you don’t have those winters. For me, it’s December, January, February and sometimes continues into March — snow, snow, snow with -10 or -20 degree days.

OKG: What are your specific music interests?

Mickelthwate: I have this very eclectic taste. First of all, I am German, so I love everything Germanic from [Wolfgang Amadeus] Mozart, [Ludwig van] Beethoven and [Johannes] Brahms. With Russian composer [Pyotr Ilyich] Tchaikovsky, all of this stuff is my lifeblood. But it just kind of goes from there. I love South American composers. As you might have seen on the program in the coming season, I’m doing [Astor Pantaleón] Piazzolla, I’m doing [Alberto] Ginastera. I have lots of friends who write music for films right now, stuff that is extremely exciting and fun to listen to. There’s some really emotional stuff out there that I would like to, at some point, share and bring to Oklahoma. If you think about it, when you go to movies, most of the emotions are created by music, so if you were to turn the music or sound off in a film, it wouldn’t be scary anymore. The music makes it. That’s what I would like to bring in addition to all the Romantic and Classical composers.

OKG: Do you have any other vision for Oklahoma City or what OKC Phil could become?

Mickelthwate: What Joel did, it’s like a real legacy, so for me, it’s more like I have to figure out, “Where are we, and how can I build on that and connect even more with the city?” That’s one of the things that I did [in Winnipeg]. Right now, while we’re talking, I’m on a golf course. I’m not playing golf myself, but I’m at a fundraiser for one of the biggest indigenous children’s agencies in Manitoba that serves 4,000 indigenous children. So we want to collaborate. That’s what I love to do, connect the symphony with the community.

OKG: Do you have any hobbies or anything you like to do outside of music?

Mickelthwate: Now that I have kids, kids are my hobby. I’m in the hockey rink with my kid, practicing ice hockey or playing soccer, basketball with the kids. Otherwise, I love bicycling, hiking, skiing — all those kinds of things. I like to read, but my one recreational sin is Clash of Clans or Clash Royale, those iPhone games.

OKG: Anything else you want to say about Oklahoma City?

Mickelthwate: The orchestra here is a treasure. You don’t expect when you get in that it’s actually really exciting here. That’s what I would like to continue to promote to the outside world so that not only people in Oklahoma know of that. That’s what we did in Winnipeg, and I think it’s possible to continue that in Oklahoma.