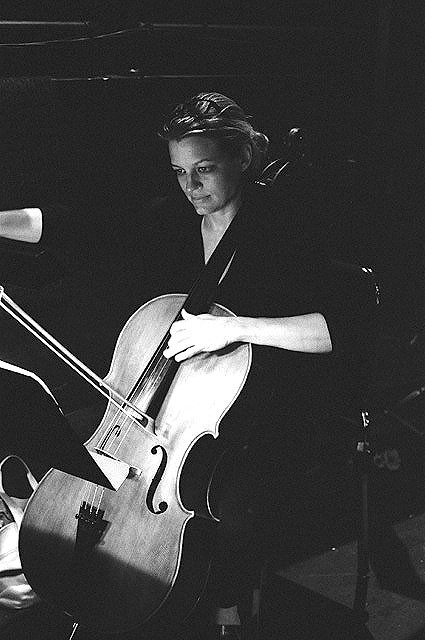 It does not matter how many performances, rehearsals or college lessons Oklahoma City Philharmonic cellist Valorie Tatge has gone through in a given day. There is always work to be done at home, too.

Tatge, a Norman native, has been a member of OKC Phil for the last 25 years. Even with her large body of experience, there is always an unending list of new pieces for her to memorize.

“I’ve got a stack on the piano at all times,” she said, “so you’re always just working on it.”

Though she only spends a fraction of her total time performing for an audience on the Civic Center Music Hall stage, Tatge hardly ever truly clocks out. Playing on one’s own time and learning new pieces is part of being a professional musician. Cello is integral to the way Tatge lives her life.

“It really is all cello all the time,” she said.

That level of dedication might sound overwhelming, but Tatge would not have it any other way. Her job directly improves the quality of people’s lives and provides joy to the community. She is not sure what could be more rewarding.

“I’m constantly looking for more ways to get more music out into the community,” Tatge said. “It’s such a wonderful thing; it’s so appreciated. People love it.”

Few things link us to our pasts quite like music. When people hear that Tatge is an orchestra musician, they almost always have a personal connection to share with her.

“It draws up a musical memory,” she said. “They always say, ‘Oh, I used to play this,’ or, ‘My favorite song is this.’ There’s always an example. It’s something people can relate to.”

Tatge realized the power of music, particularly when played live, at a young age. She grew up playing piano but fell in love with the cello thanks to Norman Public School’s orchestra program. She went on to study music at the University of Oklahoma. Life as a professional musician always felt like her destined calling.

She joined OKC Phil in 1992 after participating in an open tryout. Since joining the orchestra, she has performed in innumerable programs in the state for not only OKC Phil, but for The Norman Philharmonic, Oklahoma City Ballet and nationally touring productions.

Tatge said OKC Phil musicians typically get a program schedule for the upcoming season in the summer. (OKC Phil’s season usually begins in the fall.) But they don’t get actual orchestra parts to practice until a few weeks before.

There won’t be any more than a handful of rehearsals for a given program, but those rehearsal dates are packed tight. The orchestra will typically meet four consecutive days before a Classics performance and maybe just one or two times before a Pops production.

They always practice together, usually on the Civic Center’s main stage. But none of the schedule rehearsals account for the many hours each musician spends practicing on their own time.

“I play as much as I can possibly squeeze in,” Tatge said.

Playing in the philharmonic is not Tatge’s only job. One or two days a week (depending on the semester), she teaches college music classes at Oklahoma Christian University and Southern Nazarene University. She is also an instructor with Oklahoma City Cello Project, an educational program for pre-college cello players.

When stacking her education duties on top of OKC Phil program scheduling and personal practice time, things can eventually come to a head.

“When the holiday season begins and [OKC Ballet’s] The Nutcracker starts,” Tatge said, “and you’re doing all your church gigs and you’re trying to get all your students prepared for contest, the things start piling up and you keep thinking, ‘Oh, I’m busy every minute.’”

Still, the cellist does not mind the time demands. She loves teaching just as much as she loves performing. Her orchestra teachers had such an impact on her growing up that she always knew she would one day return to teach herself.

“I admired my teachers so much and they were like parents to me, or like a different kind of parent,” she said. “They showed me things and helped me and they helped so much. I would just love it if a younger person thought I was doing that for them — giving that much back.”

As an instructor at the university level, Tatge said she has some students who want to become professional musicians and others who just play cello because it is what they have always done and it’s what makes them happy. She loves to see players with different career aspirations still playing.

“That’s always fun because they always have a great time during the lessons,” she said. 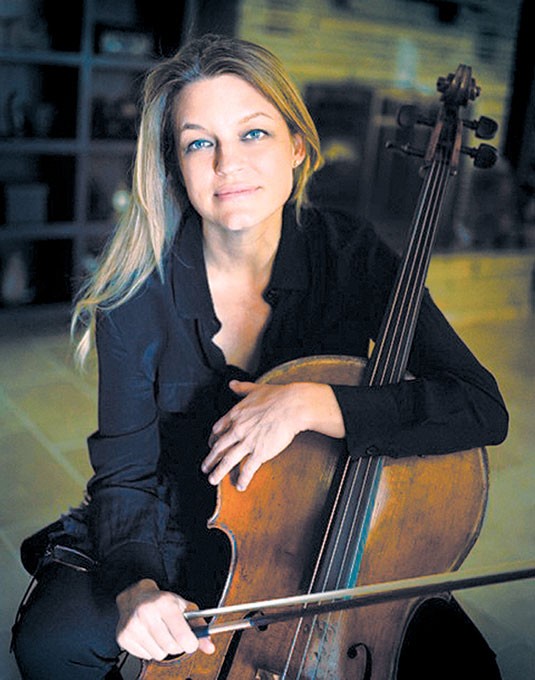 It is easy for orchestra musicians like Tatge to look at their career like an infinite cycle of new pieces to nail down for several days and then drop after the program is over.

“After all these years, I’ve played so much music, but there’s so much out there,” she said. “There’s always a new piece coming at you.”

Still, Tatge is ever the optimist. She enjoys being busy because she genuinely loves cello and playing music for a captive audience. It is such a large part of her life that at slower times, like in the summer, things seem a little off.

“Sometimes you get a little antsy when you do have some down time,” she said. “You’re always like, ‘Oh, what am I missing?’”

Tatge said of all the things she gets to do, the most rewarding part of her job is having a great number of incredibly talented colleagues.

“There are so many fabulous musicians in our town,” she said. “It’s such a treat to work with any and all of them.”

Tatge has been a member of OKC Phil for 25 years, and there are several other musicians who have been part of the orchestra for as long or longer.

Having longtime colleagues is not something unique to the orchestra life, but Tatge said something special happens between orchestra players after years of shared immersion in classical music. They extend joy not only to their audiences, but to each other as well.

“It really is a second family,” she said. “You see each other so often. You’re working together every night, every day. But yeah, it’s a special feeling to go and work with them.”